Our lawyers handles a lot of truck accident cases and have spent a lot of time trying to figure out how to calculate the settlement value of these cases.  You get the benefit of that experience and research on this page.
How Much Is My Truck Accident Claim Worth?

If you have been in a truck accident or have lost a loved one, it is a fair question to ask what the value of your case is.  That is what the civil justice system is about: money compensation for the harm caused.  Below is information, with caveats, that will help you better understand the range of value of your serious injury and wrongful death truck accident claim. 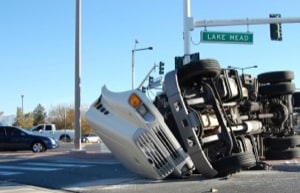 Let's start with statistics. The average jury verdict in truck crash injury cases is a half a million dollars.

These statistics are simultaneously fascinating and useless.  It is good to know average settlement and verdict statistics because it gives you an idea of how these cases might resolve.  But each case is so very different.

There is another resource to assist you in understanding the value of your truck collision injury claim: sample verdicts and settlements in Maryland.  This gives you a chance to try to find similar cases to gauge the value of your claim.

How did we compile our verdicts? A bunch of places.  Miller & Zois cases are included in our verdicts; although, many of them are subject to confidentiality, particularly in recent years.  These cases also come from verdict and settlement reports and cases handled by our friends and colleagues.

Please remember that even if your case sounds similar, take the lessons you learn with a grain of salt. The trial or settlement value of one claim cannot accurately predict the value of another. Still, these verdicts and settlements can be helpful in putting the potential value of your case in context.

We think looking at example settlements and verdicts is useful for lawyers and victims as a tool to piece together the possible value of their claim. But keep in mind that no two cases are the same and the results of one case do not foretell the results of another.

We have achieved million dollar results for our clients, both at the settlement table and at trial. If you have a case, call us today at 800-553-8082 or contact us online.