Cecil County, located in northeastern Maryland at the head of the Chesapeake Bay bordering Pennsylvania and Delaware. This relatively quiet county has had more than its fair share of car and truck accident and medical malpractice claims over the last 18 years. Our law firm has handled many of those claims.

Miller & Zois is a leading personal injury law firm that helped thousands of people throughout Maryland recover over $100 million in settlements and verdicts for their injuries.

If you have been hurt in an auto or truck accident or medical malpractice in Cecil County, our law firm will review the facts of your case and tell you about your options for recovering money damages for the harms and pain you have endured.

Please complete our free claim review today.  Remember, there is a statute of limitations and other deadlines that set a time limit in Maryland for claims.  The time to bring a claim is sometimes complicated and can vary based on the injury, the type of accident and a host of other factors.  The take-home message: you want to review your options with a lawyer but getting a free legal consultation sooner rather than later.

A Look at Cecil County Personal Injury VerdictsMost Maryland medical malpractice and accident lawyers who are fighting to get compensation for victims view Cecil County as a less than favorable jurisdiction for their clients. But times have changed in recent years.

Miller & Zois lawyers have proven they can win over juries anywhere in Maryland.

In 2014, there were 145 civil lawsuits were filed.  Approximately two-thirds of these cases were motor vehicle accident injury claims.  There are a lot of open, winding roads in Cecil County and a lot of trucks coming through the jurisdiction.  This makes for a lot of serious injury and wrongful death claims.

In 2011, a jury awarded over $1.6 million to a man who suffered an above the knee amputation as the result of the negligence of an Havre de Grace orthopedic surgeon.

In August 2007, there was a $646,000 jury verdict in Cecil County (in a case where the medical malpractice insurance company made no offer).

In 2000, a Cecil County jury awarded a man $1.6 million because a radiologist misread a diagnostic test showing a blood clot and there was a $1.6 million verdict in a failure to diagnose Lyme disease case in 1999. 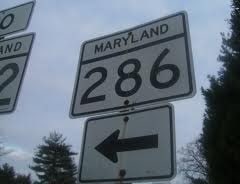 In truck accident cases and other serious injury and death cases,  a lot of this good jurisdiction/bad jurisdiction talk goes out the window.  There have also been a good number of mid six figure verdicts in recent years in serious care accident cases. If the claim is serious, you can expect a Cecil County jury to be fair.

The operative word is serious. In you look at reported verdicts, Cecil County juries are tough - really tough - on small soft tissue injury cases. In 2016, there were a good number of verdicts in cases where there was no dispute as to who was at fault for the accident, and the plaintiff still lost and got a zero verdict. Bluntly put, if you have a relatively minor injury that you cannot prove on a radiological test like an x-ray or an MRI, you are going to struggle even with the best personal injury lawyer unless you have a very compelling case.

Most claims under $30,000 in Cecil County are heard in District Court where a judge, as opposed to a jury, decides on the amount of damages.  Our lawyers do not handle claims where the victim is claiming less than $30,000.  So we are not writing this from first-hand experience.  But what we have heard is that the District Court judges are pretty fair and reasonable.

The quality of nursing home care bears particular mention in Cecil County. This has not been a great place to live out your final years in an assisted living facility.  Cecil County has two of the three nursing homes with nine recurring deficiencies in 2014, the last year for which we have seen data. Put this in context:
This small county has two nursing homes tied for first place in the entire state of Maryland for the most number of recurring deficiencies. Those homes are Elkton Center and Laurelwood Center at Elkton.  (It is also worth pointing out there is a nursing home called Calvert Manor Health Care Center in Rising Sun that has an excellent rating.)
Settlement Value of Cecil County Claims

As a result of better verdicts in Cecil County in serious injury cases, we are starting to see settlement values rise. Clearly, settlement values are continuing to increase in motor vehicle accident cases as well. Our law firm does not handle small soft tissue injury cases. But it is reasonable to expect that the values of cases have not risen much because, even today, it is clear that Cecil County juries just do not like these claims in most cases.

The take-home message in all of this is that no smart lawyer is going to file a case in Elkton he has a choice and there are better options available, such as Baltimore City or even Baltimore County. But for serious injury claims, Cecil County is a venue plaintiffs' attorneys should no longer fear.

The Court in Cecil County

There are four circuit court judges in Cecil County:

In 2014, Judge Baynes replaced Judge Whelan as the administrative judge on the court.

Our accident lawyers handle a substantial number of serious personal injury cases in Cecil County. We handle only serious injury and wrongful death accident, malpractice, and product and premises liability claims. If you have been injured in Cecil County, call our lawyers at 800-553-8082 or select here for a free consultation.

More on Cecil CountyOther Maryland Jurisdictions
Practice Areas
Client Reviews
★★★★★
They quite literally worked as hard as if not harder than the doctors to save our lives. Terry Waldron
★★★★★
Ron helped me find a clear path that ended with my foot healing and a settlement that was much more than I hope for. Aaron Johnson
★★★★★
Hopefully I won't need it again but if I do, I have definitely found my lawyer for life and I would definitely recommend this office to anyone! Bridget Stevens
★★★★★
The last case I referred to them settled for $1.2 million. John Selinger
★★★★★
I am so grateful that I was lucky to pick Miller & Zois. Maggie Lauer
★★★★★
The entire team from the intake Samantha to the lawyer himself (Ron Miller) has been really approachable. Suzette Allen
★★★★★
The case settled and I got a lot more money than I expected. Ron even fought to reduce how much I owed in medical bills so I could get an even larger settlement. Nchedo Idahosa
View More
Submit a Law Firm Client Review
Our Firm ›
Attorneys ›
Medical Malpractice ›
Personal Injury Practice ›
Communities Served ›
Injury Victim Help Center ›
Plaintiff Attorney Center ›
Insurance Company Insight ›