The Baltimore County personal injury lawyers at Miller & Zois have a long and well-recognized record of getting big compensation awards for our clients in the County.

Our attorneys regularly handle major accident and medical malpractice cases in Baltimore County and consider it one of our home venues.

On this page we will look at the characteristics of Baltimore County as a venue for personal injury cases in 2021 and how our firm has been so successful in this jurisdiction.

When juries in the County do find in favor of personal injury plaintiffs, they tend to award significantly lower damages than their counterparts in Baltimore City or Prince George's County.

There is no doubt that Baltimore County is a less favorable venue for personal injury lawyers when compared to Baltimore City. This does not mean, however, that plaintiffs cannot get a fair trial or big settlements and verdicts in Baltimore County.

Baltimore County Personal Injury Lawyers With a Record of Success 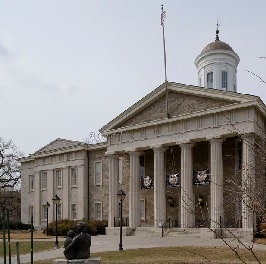 The Baltimore County personal injury attorneys at Miller & Zois have established a remarkable record of success getting maximum compensation for our clients in the County.

One verdict our lawyers obtained in Baltimore County received national exposure in Lawyers Weekly USA based largely on Baltimore County's known reputation for not giving plaintiffs in accident cases the benefit of the doubt (and there were some problematic facts in the case).

Our malpractice lawyers also just got a $1.5 million verdict a few years ago in a medical negligence case in which the insurance company made no settlement offer.

The secret to our success? There are a lot of things. But one strategy has been to spurn conventional wisdom that you should pick the "dumbest" jury you can get in a Baltimore County case and pick a smart, balanced jury that has the fortitude to wait to hear all of the evidence before reaching a conclusion.

Moreover, if you buy into this "this is a terrible place for tort claims" nonsense, you become a patsy that is an easy mark for the insurance companies to dictate the terms of a settlement. You have to fight back and believe you can win.

Until very recently, the trial date was set shortly after the lawsuit was filed. But in recent years, the court has struggled to get trials off as scheduled. The daily docket in Baltimore County is full,  creating scheduling problems in personal injury cases for the accident lawyers, the injured victims, and the experts scheduled to testify.

The new plan - new being pre-Covid - for less complex personal injury docket is that the trial date will not be set until after a settlement conference, and the Court believes that all non-trial disposition possibilities - including mediation and arbitration - have been reasonably explored.

This county also has changed how attorney motions are heard and handled in all claims, including accident cases. Previously, all attorney motions filed without a request for a hearing were referred to the daily chambers judge.

Attorney motions filed with a hearing request were scheduled on the monthly motions docket on the last Monday of every month if the hearing was expected to take less than 15 minutes.

If the motions hearing was expected to last longer than fifteen minutes, it was scheduled on the daily docket. Now, all dispositive motions - motions that will end all or part of the lawsuit - need to be scheduled (regardless of the length of time) either on the civil or domestic daily dockets.

Accordingly, all attorney motions for summary judgment and motions to dismiss are now set for a hearing approximately 30 days from the at-issue date. At the same time, these attorney motions will be pre-assigned to a judge by the Central Assignment Office.

Below is a list of the current judges on the Baltimore County Circuit Court with the year and governor that appointed them to the bench along with brief biographical information.

Do these verdicts help you better understand the expected trial or settlement amount of your personal injury lawsuit? These verdicts might shed some light on the settlement value of your Baltimore County claim.

But keep in mind these Towson settlements and verdicts might also mislead you. How?  It is impossible to summarize all of the relevant facts of a case in a single paragraph. The failure or success of these cases might have hinged on a fact completely unrelated to the facts set out in these descriptions.

Last year, our firm recovered over $15 million for our clients in settlements and verdicts. We have successfully handled scores of cases for clients in Baltimore County, including Timonium, Towson, Cockeysville, Catonsville, Arbutus, Perry Hall, Dundalk, Essex, and Owings Mills. If you need an Baltimore County personal injury attorney, call 800-553-8082 or get a free consultation.

More on Baltimore County Personal Injury CasesOur Personal Injury Law FirmRelated Topics
Practice Areas
Client Reviews
★★★★★
They quite literally worked as hard as if not harder than the doctors to save our lives. Terry Waldron
★★★★★
Ron helped me find a clear path that ended with my foot healing and a settlement that was much more than I hope for. Aaron Johnson
★★★★★
Hopefully I won't need it again but if I do, I have definitely found my lawyer for life and I would definitely recommend this office to anyone! Bridget Stevens
★★★★★
The last case I referred to them settled for $1.2 million. John Selinger
★★★★★
I am so grateful that I was lucky to pick Miller & Zois. Maggie Lauer
★★★★★
The entire team from the intake Samantha to the lawyer himself (Ron Miller) has been really approachable. Suzette Allen
★★★★★
The case settled and I got a lot more money than I expected. Ron even fought to reduce how much I owed in medical bills so I could get an even larger settlement. Nchedo Idahosa
View More
Submit a Law Firm Client Review
Our Firm ›
Attorneys ›
Medical Malpractice ›
Personal Injury Practice ›
Communities Served ›
Injury Victim Help Center ›
Plaintiff Attorney Center ›
Insurance Company Insight ›