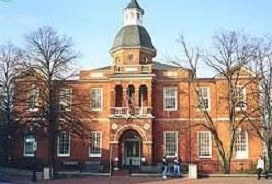 Admittedly, the personal injury verdicts for motor vehicle accidents or medical malpractice do not tend to be as high as in Baltimore City or Prince George's County, but verdicts over the last several years have steadily increased. Our law firm handles a significant number of cases in this jurisdiction every year.

More than most other jurisdictions, Anne Arundel County focuses on helping the parties in personal injury cases reach a settlement before trial. The case management system in place for auto accident cases in particular allows for several opportunities where the parties meet to discuss settlement.

Shortly after a personal injury case is filed, the court sets a scheduling conference where the court establishes dates by which discovery, motions, and other events must occur. Typically, although the case is in the very early stages of discovery, the judge handling a personal injury scheduling conference will briefly discuss settlement with the parties.

The scheduling order is the first of two bites of the settlement apple provided by the court in an Anne Arundel County personal injury case. The scheduling order provides an alternative dispute deadline. The parties are instructed to contact the mediator. Mediation is mandatory unless a party files a motion to waive the mediation. (Our lawyers do this occasionally in injury and malpractice cases when it is clear the case will not resolve.)

All parties are required to attend the pretrial although the court typically grants motions to attend by phone if the client is out-of-state.

This is more directed to lawyers than to victims, but this is important. More than maybe any other county in Maryland, Anne Arundel sticks to a “trial by” date, which means the trial must be set and be tried before a certain date. This is a big deal because if the parties jointly want to push back the trial date, the court is very unlikely to grant the request.

Below are some recent jury verdicts and settlements in Anne Arundel County. These cases were picked at random. Some are our cases and others are either cases handled by lawyers we know or are chosen from jury verdict reports. These verdicts might shed some light on the value of your Anne Arundel County claim. But keep in mind that it is impossible to summarize all of the relevant facts of a case in a single paragraph. The failure or success of these cases might have hinged on a fact completely unrelated to the facts set out in these descriptions.

It is also worth noting that we have made millions of dollars in 2019 alone in cases in Anne Arundel County that we cannot talk about. Why? Because to get the cases settled, our client agreed to confidentiality clauses that prohibit their lawyers from talking about the claim.

Our law firm's office is in Anne Arundel County where we have fought and won millions of dollars for our clients. If you need an attorney to fight for you in a serious injury case, call us at 800-553-8082 or get a free on-line injury claim evaluation.

If the case does not settle at the settlement conference, the parties must attend a pretrial conference. While it depends on the judge you draw, the judges in Anne Arundel County go to great lengths to help the parties settle personal injury cases at the pretrial. Unlike most other counties where the pretrial conference is just a meeting between counsel where a trial date is given, the Anne Arundel County judges do spend a great deal of time trying to get cases settled if there is an opportunity to do so.

If the case does not settle at the pretrial conference, the judge will give the parties a date for trial, typically within 90 days. Most counties have a "try by" date before which the case must be tried. Anne Arundel County takes this date more seriously than most and will not allow for delays beyond the "try by" date. So there are less endless delays to justice in Anne Arundel County than in a lot of other jurisdictions.

Talking to Us About Your Potential Case

Our car accident and medical malpractice lawyers handle a substantial number of our personal injury cases in Glen Burnie, Annapolis, Crofton, Pasadena, Severna Park, Gambrills, Severn, Millersville, Crownsville, and all other areas of Anne Arundel County. If you have been injured in an accident in and around Anne Arundel County, call us at 410-779-4600 or click here for a free consultation.

Nearby JurisdictionsMore Anne Arundel County Related Links
Annapolis Glen Burnie Personal Injury Lawyers Anne Arundel Courthouse
Practice Areas
Client Reviews
★★★★★
They quite literally worked as hard as if not harder than the doctors to save our lives. Terry Waldron
★★★★★
Ron helped me find a clear path that ended with my foot healing and a settlement that was much more than I hope for. Aaron Johnson
★★★★★
Hopefully I won't need it again but if I do, I have definitely found my lawyer for life and I would definitely recommend this office to anyone! Bridget Stevens
★★★★★
The last case I referred to them settled for $1.2 million. John Selinger
★★★★★
I am so grateful that I was lucky to pick Miller & Zois. Maggie Lauer
★★★★★
The entire team from the intake Samantha to the lawyer himself (Ron Miller) has been really approachable. Suzette Allen
★★★★★
The case settled and I got a lot more money than I expected. Ron even fought to reduce how much I owed in medical bills so I could get an even larger settlement. Nchedo Idahosa
View More
Submit a Law Firm Client Review
Our Firm ›
Attorneys ›
Medical Malpractice ›
Personal Injury Practice ›
Communities Served ›
Injury Victim Help Center ›
Plaintiff Attorney Center ›
Insurance Company Insight ›