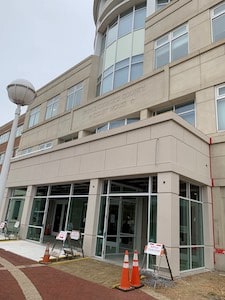 Prince George's County is the only jurisdiction in Maryland where both Circuit Court and District Court are favorable venues for Maryland personal injury lawyers fighting on behalf of injured clients. Juries in this county have historically given awards in civil tort cases that are fair considering the Plaintiff's injuries.

In the serious injury cases our law firm handles, personal injury victims typically have the best chance of success in Baltimore City and Prince George's County. Opinions differ from attorney to attorney as to which of these venues is more favorable. But there is some empirical data available that suggests that Prince George's County jurors give slightly higher compensation than Baltimore City jurors. So you can make the argument that P.G. is the best place for personal injury lawyers to try a case in all of Maryland.

Our firm handles birth injury and other medical malpractice cases in Prince George's County as well as other personal injury and wrongful death cases. Miller & Zois' lawyers have had a track record of amazing results in many of the cases we have tried in this jurisdiction, including an $8 million jury verdict in a wrongful death case and the verdicts listed above. (Go here to see what some of our clients have said about our results in Prince George's County cases.)

These are the last three Miller & Zois jury verdicts in Prince George's County:

We have recovered millions more for our clients in P.G County since these verdicts.

We are very comfortable asking P.G. County juries to compensate our clients fairly. Our lawyers find that insurance adjusters are more reasonable in these cases leading to more settlements without going to trial. These results are due to our track record of success and the history of fair monetary awards in this jurisdiction in general. So our settlements tend to have even higher values in Prince George's County than in other Maryland counties.

Demographically, this region is quite ethnically diverse. For people self-identifying as belonging to a single race, 2010 census results show the following breakdown:

Obviously, using statistics like this can be this can be complicated, as many people who live in Prince George's County self-identify as belonging to two or more races. For example, 14.94% of the population identified as Hispanic/Latino, which incorporates those who also identified as belonging to some other race. But for our purposes- namely looking at the demographic make-up of the potential jury pool, these numbers, at least, offer a reasonably reliable snapshot of the makeup of likely jurors in this jurisdiction. But we think the take-home message is that diverse counties tend to be, for whatever reason, generally more fair to plaintiffs. 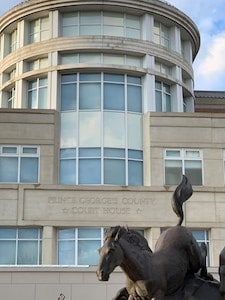 So what you have in this county is educational and cultural diversity. For us, the lesson from all of this is that P.G. County is ethnically, culturally, and educationally diverse. Juries that have diversity tend to be, in our opinion, fairer in compensating victims then homogenous juries.

P.G. County is one of the Best Maryland Venues for Plaintiffs

Prince George's County has undergone a major transformation over the last 2 or 3 generations. P.G. County has evolved from a largely rural, politically conservative enclave outside D.C., into an urbanized metropolitan zone that is racially diverse and politically liberal. As a result, P.G. County is now widely regarded as one of the most favorable counties in Maryland for personal injury plaintiffs. We currently have Prince George's ranked #2 (behind Baltimore City) on our list of the best plaintiff counties in Maryland. There is a very simple reason for this. Personal injury plaintiffs tend to win and win big when they bring their lawsuit in Prince George's County. A jury in a medical malpractice case or another type of personal injury case in P.G. County is far more likely to find in favor of the plaintiff and award significant damages compared to juries in other more conservative counties.

The Circuit Court for Prince George's County is located in the County Seat of Upper Marlboro. Upper Marlboro is sort of an odd location mainly because it is a fairly isolated town tucked away in the rural western part of the County. It is not very accessible by highway or public transportation. Driving out there takes longer than you expect and once you finally get there parking is often a challenge. The one story parking garage right behind the building is almost always full. The alternative parking for the courthouse is over a mile down the road at the equestrian center. Parking at the equestrian center is free but you will either have to walk 10-15 minutes (in the sun) or wait for one of the shuttles that run back and forth. It should not be this hard to get access to the courthouse and it is extremely annoying for our lawyers.

Once you finally get to the courthouse, however, things get a lot easier. There is only one main entrance, but it has multiple well-staffed security checks which move high volumes of people through very efficiently. Once you get past the security checkpoint the court building itself is quite large but very easy to navigate. There is a big information desk in the center of an atrium with help navigation maps. Everything is laid out fairly well so don't expect to get lost trying to find your courtroom.

The Path to Trial in Prince George's County

The Circuit Court for Prince George's County does a good job getting civil injury cases to trial as scheduled. In almost every case, the trial takes place before the "try by" date set by the assignment office.

The Circuit Court does a good job identifying cases that may benefit from Alternative Dispute Resolution, such as mediation. The court will assign cases to its Mediation Program. The cases are sent to one of several retired judges who will work hard to move the parties closer to settlement.

Currently, the court is running a pilot program where Pretrial Conferences are done by telephone conference with a judge. This makes the court more efficient by not requiring the attorneys and parties to appear in person for a scheduling conference that typically takes only a few minutes. Hopefully, this program will expand to the entire civil docket. Because it is hard to ask our clients to appear in court when they are clearly not needed.

Below are examples of a scheduling order and a pre-trial statement for a Prince George's County personal injury case.

Again, our lawyers love trying cases in Prince George's County. The jurors are not giving away money. But we have lost only one case in our history in P.G. County, a case we tried three times (2 deadlocked juries) and our client still got money because we entered into a high-low agreement that guaranteed our client compensation no matter what the jurors decided. Jurors in P.G. have awarded our clients over $20 million and, just as importantly, the fear of P.G. County jurors has led our firm to many millions more in out-of-court settlements.

What is the value of your case in Prince George's County? You are not going to find the answer to that question online. But below are some example jury verdicts and settlements and the story behind the case. Of course, this is not going to give you the exact settlement value of your case but it does give you a general idea of how juries in P.G. County value personal injury, wrongful death, and medical malpractice cases.

Getting a Personal Injury Lawyer for Your Prince George's County Claim

Our lawyers handle a substantial number tort cases in P.G. County, including Bowie, Laurel, Greenbelt, Adelphi, Beltsville, Calverton, College Park, Cheverly, Landover, Lanham, Largo, Clinton, New Carrollton, Fort Washington, and Oxon Hill. We have recovered tens of millions of dollars in settlements and verdicts for our clients in these cases. If you have been injured, call to speak to one of our personal injury accident attorneys at 800-553-8082 or get a free online consultation.

PG County $8 Million Verdict
Practice Areas
Client Reviews
★★★★★
They quite literally worked as hard as if not harder than the doctors to save our lives. Terry Waldron
★★★★★
Ron helped me find a clear path that ended with my foot healing and a settlement that was much more than I hope for. Aaron Johnson
★★★★★
Hopefully I won't need it again but if I do, I have definitely found my lawyer for life and I would definitely recommend this office to anyone! Bridget Stevens
★★★★★
The last case I referred to them settled for $1.2 million. John Selinger
★★★★★
I am so grateful that I was lucky to pick Miller & Zois. Maggie Lauer
★★★★★
The entire team from the intake Samantha to the lawyer himself (Ron Miller) has been really approachable. Suzette Allen
★★★★★
The case settled and I got a lot more money than I expected. Ron even fought to reduce how much I owed in medical bills so I could get an even larger settlement. Nchedo Idahosa
View More
Submit a Law Firm Client Review
Our Firm ›
Attorneys ›
Medical Malpractice ›
Personal Injury Practice ›
Communities Served ›
Injury Victim Help Center ›
Plaintiff Attorney Center ›
Insurance Company Insight ›