Salisbury has in recent years become a far more favorable jurisdiction for Maryland accident lawyers handling personal injury cases in Salisbury. Why?  The area is becoming more affluent and cosmopolitan in recent years. Salisbury was recently ranked the 55th "Hottest Small City" by Inc. Magazine in their annual report of the nation's "Best Cities for Doing Business." No doubt, Salisbury is clearly a town on the rise.

What to Know About Personal Injury Cases in Salisbury

There are a few points of interest about handling personal injury cases in Wicomico County Circuit Court. After receiving your Scheduling Order, which will contain all of the discovery deadlines and pretrial conference dates, the experienced personal injury attorney will carefully avoid a trial scheduled in the months of January, February, and early March when the chance of snow is the greatest. 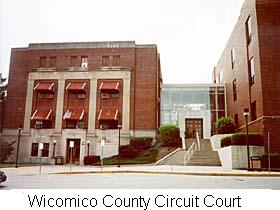 Unlike large metropolitan cities which are accustomed to significant snowfall and equipped to deal with its removal in a quick and efficient manner, the Eastern Shore of Maryland is not. Although significant snowfall is rare in Salisbury, if snow does fall and the public schools are closed you will be hard pressed to find a jury panel for your trial.

This will present a hardship on the plaintiff's attorney who has already paid significant sums of money for the expert witnesses to travel to the Eastern Shore to testify. If at all possible, if you have a case in Salisbury should file a motion to have the trial date moved to a warmer month as soon as a copy of the Scheduling Order is received.

Unlike most scheduling orders, Wicomico County scheduling orders will also contain the deadline for all videotaped depositions. Counsel should not assume that entering into an agreement with opposing counsel to take video depositions outside the deadline will suffice with the Court. Regardless of such an agreement, the Court may refuse to entertain a Motion in Limine to address objections the attorney raised during the deposition. If you file a Motion to extend the deadlines, also include a Motion to extend the deadline to file Motions in Limine to address objections raised during the deposition. 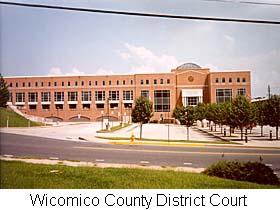 One bonus of practicing in Salisbury is that the well-prepared attorney can call the jury commissioner on the eve of trial and obtain the list of prospective jurors who are scheduled to appear the following day. A "sneak preview" of prospective jurors can often provide an edge to the trial attorney and a more effective use of your peremptory strikes.

One additional side note about trying a personal injury case in a smaller town like Salisbury. When preparing your voir dire always ask the following question: "Does any member of the jury panel know any other member of the jury panel." Invariably, you will have two members on the jury panel who know each other. (Hopefully, you can avoid having ex-spouses sitting on the same jury by asking this question. This happened to us in Wicomico once!)

The Wicomico County Circuit Court is growing along with the county, completing a big courthouse renovation in 2016, including a new non-jury courtroom, an expanded office space and jury assembly room and some great cosmetic restoration of this beautiful courthouse.

Below are sample verdicts and settlements in accident and malpractice cases in Salisbury. First, there is not a broad sampling to choose from because few personal injury cases find their way to trial in Wicomico County. This page was updated in 2018 and we are still looking back at 2014 verdicts.  Second, we believe the results are illustrative of the value of similar cases. But verdicts in other cases have to be taken with many grains of salt. It is impossible to completely compare two cases under any circumstances, much less in settlement and verdict summaries.

If you have been injured in a car accident, a truck accident, or by medical malpractice in or around the Salisbury/Eastern Shore/Ocean City area, call us today at 800-553-8082 or select here for a free consultation.

More Eastern Shore
Practice Areas
Client Reviews
★★★★★
They quite literally worked as hard as if not harder than the doctors to save our lives. Terry Waldron
★★★★★
Ron helped me find a clear path that ended with my foot healing and a settlement that was much more than I hope for. Aaron Johnson
★★★★★
Hopefully I won't need it again but if I do, I have definitely found my lawyer for life and I would definitely recommend this office to anyone! Bridget Stevens
★★★★★
The last case I referred to them settled for $1.2 million. John Selinger
★★★★★
I am so grateful that I was lucky to pick Miller & Zois. Maggie Lauer
★★★★★
The entire team from the intake Samantha to the lawyer himself (Ron Miller) has been really approachable. Suzette Allen
★★★★★
The case settled and I got a lot more money than I expected. Ron even fought to reduce how much I owed in medical bills so I could get an even larger settlement. Nchedo Idahosa
View More
Submit a Law Firm Client Review
Our Firm ›
Attorneys ›
Medical Malpractice ›
Personal Injury Practice ›
Communities Served ›
Injury Victim Help Center ›
Plaintiff Attorney Center ›
Insurance Company Insight ›