Harford County as a Venue for Injury Cases

Harford County is located at the northernmost part of the state. It is geographically situated between Cecil County (to the east) and Baltimore County (to the west). Harford County's northern border is the Mason-Dixon Line. No doubt, it is a traditionally rural county that still has a deep connection to its agricultural past. It is also home to many military families because Aberdeen Proving Ground is located here. 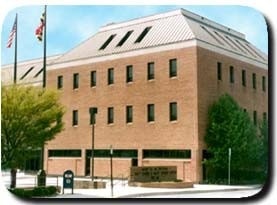 There are two hospitals in Harford County.

Medical malpractice cases involving these hospitals are sometimes tried before these juries though plaintiff's lawyers sometimes try to move the cases elsewhere because of a reputation for conservative juries. In 2010, there was a $3.5 million medical malpractice verdict against Upper Chesapeake in a vascular surgery that leads to spinal cord infarct resulting in paraplegia.

Still, this jurisdiction has a reputation for extremely conservative jury verdicts. This is a jurisdiction that most plaintiffs' personal injury lawyers are reluctant to file suit in if an alternate venue is available. I think this is changing this area is becoming more cosmopolitan (particularly Bel Air) and we now see better jury verdicts there. More so than in the past, juries in many cases seem to appreciate the full extent of injuries in cases where liability is proven.

There are so few reported from Bel Air. Here are a few more sample settlements and verdicts in this jurisdiction in different types of tort cases. Obviously, these verdicts are not representative cases and you cannot use these cases alone to ascertain the value of your claim. 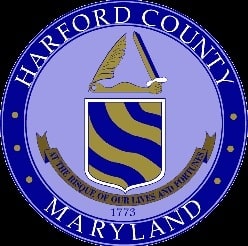 Our lawyers have extensive experience in this jurisdiction. Contact us with any questions you have, or for an analysis of the value of your case.

Hartford County Circuit Court was established 168 years ago.  It is located at 20 West Courtland Street in Bel Air, Maryland. There are now six judges:

The District Court is located at 2 South Bond Street in Bel Air, Maryland.  There were 636 complaints filed in Hartford County District Court in 2018.  There are four judges:

If you had a serious auto accident or medical malpractice injury in Hartford County, call us at 800-553-8082 or get a free online consultation.

Other Nearby JurisdictionsRelated Harford County Claims Information
Harford County Police Reports
Practice Areas
Client Reviews
★★★★★
They quite literally worked as hard as if not harder than the doctors to save our lives. Terry Waldron
★★★★★
Ron helped me find a clear path that ended with my foot healing and a settlement that was much more than I hope for. Aaron Johnson
★★★★★
Hopefully I won't need it again but if I do, I have definitely found my lawyer for life and I would definitely recommend this office to anyone! Bridget Stevens
★★★★★
The last case I referred to them settled for $1.2 million. John Selinger
★★★★★
I am so grateful that I was lucky to pick Miller & Zois. Maggie Lauer
★★★★★
The entire team from the intake Samantha to the lawyer himself (Ron Miller) has been really approachable. Suzette Allen
★★★★★
The case settled and I got a lot more money than I expected. Ron even fought to reduce how much I owed in medical bills so I could get an even larger settlement. Nchedo Idahosa
View More
Submit a Law Firm Client Review
Our Firm ›
Attorneys ›
Medical Malpractice ›
Personal Injury Practice ›
Communities Served ›
Injury Victim Help Center ›
Plaintiff Attorney Center ›
Insurance Company Insight ›