Frederick continues to be one of the fastest growing areas in the Baltimore Washington region. The expansion of the I-270 corridor has extended into Frederick and triggered a population boom over the last 15 years. The city of Frederick and surrounding areas like New Market have been transformed. With this transformation has come a large volume of traffic and auto accidents.

Frederick County is located in the western part of Maryland. Victims who are injured or lose loved ones in medical malpractice or a motor vehicle accident want to know how the trial and settlement value of their case is impacted by the fact that their case will be heard by a jury in Frederick. Historically, this has been a rural community that has always been considered a conservative venue for trying personal injury cases which is a nice way of saying jurors have been historically stingy. 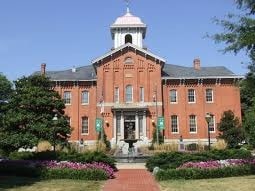 But as Frederick has become more cosmopolitan, their jury verdicts in personal injury cases have begun to increase to keep up with the rest of Maryland. As you will see below, our firm's results in Frederick have been historically very good.

In recent years, this county has become more of a Washington, D.C. suburb, serving as a bedroom community for many government workers and military personnel. This has meant a recent increase in diversity in the county. This may also account for what appears to be a higher average education level of the jury pool than in the past.

This is a community that is somewhere in between its rural roots and suburban future. Frederick County juries have a reputation for being conservative. However, the ongoing demographic changes make this an improving venue for trying plaintiff’s personal injury cases.

Our Frederick personal injury attorneys handle accident and malpractice cases in Frederick County. If you have been injured, call to speak to one of our malpractice or accident attorneys at 800-553-8082 or select here for a free Internet consultation.

More in FrederickOther Jurisdictions
Frederick County Courthouse
Practice Areas
Client Reviews
★★★★★
They quite literally worked as hard as if not harder than the doctors to save our lives. Terry Waldron
★★★★★
Ron helped me find a clear path that ended with my foot healing and a settlement that was much more than I hope for. Aaron Johnson
★★★★★
Hopefully I won't need it again but if I do, I have definitely found my lawyer for life and I would definitely recommend this office to anyone! Bridget Stevens
★★★★★
The last case I referred to them settled for $1.2 million. John Selinger
★★★★★
I am so grateful that I was lucky to pick Miller & Zois. Maggie Lauer
★★★★★
The entire team from the intake Samantha to the lawyer himself (Ron Miller) has been really approachable. Suzette Allen
★★★★★
The case settled and I got a lot more money than I expected. Ron even fought to reduce how much I owed in medical bills so I could get an even larger settlement. Nchedo Idahosa
View More
Submit a Law Firm Client Review
Our Firm ›
Attorneys ›
Medical Malpractice ›
Personal Injury Practice ›
Communities Served ›
Injury Victim Help Center ›
Plaintiff Attorney Center ›
Insurance Company Insight ›