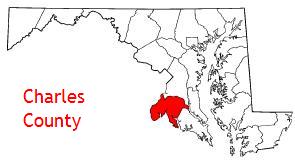 As Charles County has grown and evolved it has become a much more favorable jurisdiction for plaintiffs in personal injury cases. We have consistently seen Charles County verdicts and, consequently, settlements, rise. Verdicts in truck accident and medical malpractice cases are now more in line with what city juries are awarding.

Despite its rapid growth in recent years Waldorf, and Charles County more generally, is still outside of the Washington, DC metropolitan area. As a result, the lawyers based in Waldorf tend to be solo practitioners or small firms with a very generalized practice focus. There are not any large, high-end personal injury firms based in Charles County like you find in Washington DC or Baltimore.

In fact, our malpractice and accident may handle more Charles County cases than any of the firms based in Waldorf. In 2021, you can look for a local attorney or you can go find the best personal injury lawyer to handle your case.  Do you want to maximize the value of your case?

Here are a few unrepresentative sample personal injury settlements and verdicts in Charles County. Why unrepresentative? Because we have not picked these verdicts at random. There are a lot of defense verdicts and other unfavorable plaintiffs' verdicts we looked past in compiling this list.

Verdicts and settlements are a great weapon in determining the value of similar claims. But they are just one weapon of many. The reality is that past results in a case that are seemingly similar are hardly a guarantee of a future outcome.

Our accident lawyers handle a substantial and growing number of our personal injury cases auto accident and medical malpractice cases in Charles County. If you have been injured, call our lawyers at 800-553-8082 or get a free online consultation.