Westminster as a Venue for Personal Injury Cases 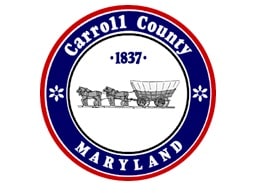 But the county is changing, and our law firm is more eager to try cases in Carroll County than we ever were five years ago. Westminster is all grown up as a city in 2021. So although Carroll County has historically been a challenging jurisdiction for personal injury lawyers.  The conventional wisdom of yesterday doubted whether accident and malpractice victims could get a fair verdict in Carroll County.

At the risk of overgeneralizing, this is where we think we are with Carroll County juries in 2021:

Our law firm has settled medical malpractice cases in Carroll County in recent years.  In every case, all we heard about what how tough a place Carrol County is.  The defendant's malpractice lawyer would tell the mediator that Westminster juries never render verdicts against doctors.

But these cases settled for a reason: the insurance companies don't quite believe this characterization of Carroll County, at least not with the full-throated passion they once did.

The Circuit Court for Carroll County is located in Westminster and there are a number of lawyers based in Westminster. However, Westminster is a relatively small town that is somewhat outside of the Baltimore-Washington suburban loop.

Most of the lawyers in Westminster are solo practitioners or small firms with a very generalized practice focus. There are few, if any, Westminster lawyers that focus entirely on personal injury law and none that have a level of experience and expertise comparable to Miller & Zois.

Our attorneys file and litigate more claims in Carroll County than most lawyers based in Westminster.  Do you want a lawyer that is close or one that will maximize the trial or settlement value of your case? 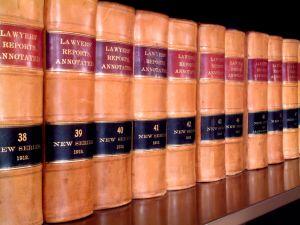 Do these sample cases give you an expected settlement payout in your Carroll County personal injury claim?  Of course not.  But, along with other tools, example cases help you better understand the range of trial and settlement amounts in cases similar to yours.

Take these verdicts with more than a few doses of salt. You cannot predict the value of one case by looking at another case. No two sets of facts are the same, even if they appear to be in the summary.

That said, you get an idea of how Carroll County juries view personal injury victims. If they are badly hurt, they will pay them what the case is worth. But these juries have little tolerance for soft tissue injury cases where they do not believe the victim was seriously hurt.

Our law firm handles serious - only serious injury claims - accident, malpractice, and premises liability claims throughout Maryland. Our lawyers are not located in Carroll County. But Baltimore is not far.

Our personal injury lawyers have the experience you need handling serious injury claims in Westminster. You want to get the best lawyer you can who will fight to maximize the value of your claim, not the closest. When needed, we meet with many of our clients in the offices of law firms that work with us in Westminster.

If you have a claim in Carroll County - including Westminster, Finksburg, Sykesville, New Windsor, Taneytown, Mount Airy, and Eldersburg - call the Law Offices of Miller & Zois today at 800-553-8082. You can also get a nearly instant free case evaluation online.

Contact us today and let's start finding out if you have a case that we think we can help you get the compensation payout you deserve.

More on Carroll CountyA Look at the Counties Near and Surrounding Carroll CountyInformation on Our Personal Injury Law Firm
Practice Areas
Client Reviews
★★★★★
They quite literally worked as hard as if not harder than the doctors to save our lives. Terry Waldron
★★★★★
Ron helped me find a clear path that ended with my foot healing and a settlement that was much more than I hope for. Aaron Johnson
★★★★★
Hopefully I won't need it again but if I do, I have definitely found my lawyer for life and I would definitely recommend this office to anyone! Bridget Stevens
★★★★★
The last case I referred to them settled for $1.2 million. John Selinger
★★★★★
I am so grateful that I was lucky to pick Miller & Zois. Maggie Lauer
★★★★★
The entire team from the intake Samantha to the lawyer himself (Ron Miller) has been really approachable. Suzette Allen
★★★★★
The case settled and I got a lot more money than I expected. Ron even fought to reduce how much I owed in medical bills so I could get an even larger settlement. Nchedo Idahosa
View More
Submit a Law Firm Client Review
Our Firm ›
Attorneys ›
Medical Malpractice ›
Personal Injury Practice ›
Communities Served ›
Injury Victim Help Center ›
Plaintiff Attorney Center ›
Insurance Company Insight ›