If you are attacked and bitten by a dog in Maryland, you can file a personal injury lawsuit against the owner and get financial compensation. In many cases, the dog owner’s homeowner’s insurance will end up covering the damages and paying any dog bite settlement. Our lawyers handle dog bite personal injury cases in Maryland on behalf of victims and their families.

Dog bites can cause very serious and sometimes permanent physical injuries. Injuries from dog attacks are usually a direct result of penetrating trauma of sharp teeth in combination with the crush delivered to any structures in the vicinity of the bite. A large dog can easily crush bones, tear skin and cause disfiguring scarring.

It is not just the postman getting bit in 2021. According to the CDC, an astounding 5 million people are bitten by dogs each year. Over 1,100 people go to the emergency room every day for dog bite injuries. As a country, we spend $1 billion a year in medical costs from animal attacks. More Americans die in animal attacks than by terrorism (but neither are particularly likely).

Sadly, a large percentage of dog bite victims are children. Dog bites are ranked 5th on the list of reasons children end up in the emergency room and, far too often, the bites are on the child's face. Children who have facial scarring from dog bites are more likely to be the victims of teasing, bullying, social isolation, depression, and eating disorders.

Dog bite cases often have high settlement values because there is usually insurance to cover the loss and the injuries are often severe. Our lawyers see a lot of dog bite cases where the victim suffers penetrating and crushing injuries that extend down to the bones, severing vessels and arteries, and tearing away flesh and muscle. The result is often swelling, ecchymosis, and devitalized tissue from the dog's teeth and tears, avulsions, and lacerations from the strength of the bite.

Under Maryland law, a dog owner may be liable for injuries to the plaintiff if the defendant created an unreasonable risk of harm under circumstances where it was foreseeable that an injury could occur.

There is a myth that will no go away that Maryland is a one-bite state. This means that if the dog has never bitten anyone before, there is no liability for the dog owner. People often make up what they think Maryland dog bite laws are and it causes confusion. Maryland is not a "one bite" state where a dog must have previously bitten someone to bring a claim.

Adding to the confusion, Maryland dog bite law has changed over the years. For a time, it was Maryland law allowed for strict liability for some breeds of dogs because they are known to be so aggressive (because of myths about dog breeds and propensities). But this now has been expanded to all breeds.

So dog bite lawyers in Maryland have two alternate theories of liability - negligence or strict liability. Strict liability can apply from the owner's knowledge of the animal's propensities to cause harm. The new (now seven-year-old) Maryland law actually expands liability because it provides that same tough standard imposed on pit bulls to all dogs.

Often, the best way to truly understand the our dog bite laws is to look at the law that a jury would be told to follow in a dog bite lawsuit in Maryland. This is Model Pattern Jury Instruction 4:2 titled "Liability of Owner":

An owner of an animal will be liable for damage proximately caused by the animal if the owner exercised ineffective control of the animal in a situation where it would reasonably be expected that injury could occur. In determining the necessary degree of control, the past behavior of the animal and the foreseeability of the injuries should be considered.

So a negligence claim against the dog's owners is premised on the fact that the owner knew or had reason to know of the animal's vicious propensity or where the owner has acted negligently in controlling his animal (including, violation of leash laws).

Lawyers sometimes also misunderstand Maryland law. Many insurance defense lawyers handling dog bite cases in Maryland are incorrectly convinced that a dog must have bitten someone before to create liability. This is a common defense. But it is just one factor to be considered.

Other defenses are that the victim provoked the dog (which sometimes happens and it is a good defense if true), was a trespasser (which raises the bar on the claim) or that the victim was otherwise negligent or assumed the risk that the dog might bite. These defenses can typically be defeated with good lawyering. But with insurance companies, it is almost invariably a battle to get to a reasonable settlement without a trial.

Dog bite cases in the Baltimore-Washington area often have high settlement values because there is usually insurance to cover the loss and the injuries are often severe. Our lawyers see a lot of dog bite lawsuits where the victim suffers penetrating and crushing injuries that extend down to the bones, severing vessels and arteries, and tearing away flesh and muscle.

The result is often swelling, ecchymosis, and devitalized tissue from the dog's teeth and tears, avulsions, and lacerations from the strength of the bite. These are the type of dog bite lawsuits that result in higher settlement compensation payouts.

You can expect more dog bite lawsuit to be filed in Maryland over the next year as the number of dog bites has soared during COVID. 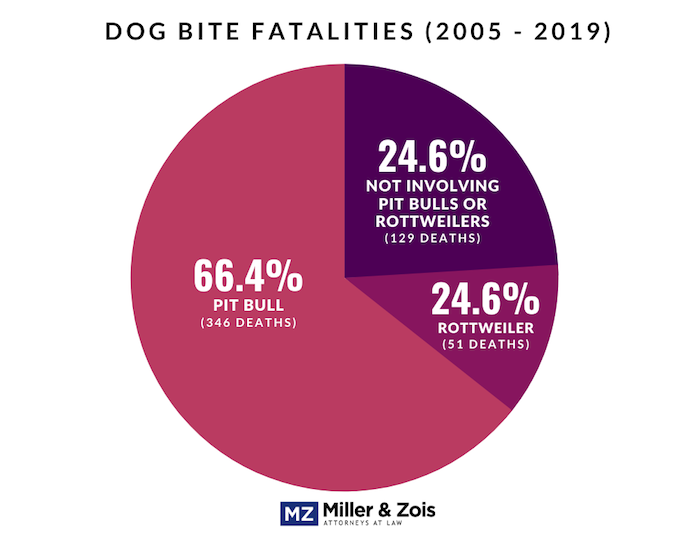 FAQs – DOG BITE LIABILITY
How Much Is My Dog Bite Case Worth in a Settlement or at Trial?

Who Pays a Settlement if I Sue a Dog Owner for my Injuries?

What if the Dog Owner Has No Insurance?

If the dog owner does not have any insurance, the claim is far more problematic. Most people who have assets that could pay a judgment have homeowners' or renters' insurance.

Many good dog bite lawsuits in Maryland never see the light of day because there is no insurance coverage and the defendant does not have the money to pay for the harm that was caused.

What If I Was Petting or Playing with the Dog When He Bit Me?

It depends on the facts. If you provoked the dog in a way that a reasonable person would not, you have both contributory negligence and assumption of the risk problems that will likely be fatal to your claim. But in many and, arguably, most cases, it is reasonable to believe that if the pet's owner lets you play with or pet the dog, you have a reasonable expectation the dog will not bite you.

How Long Do I Have to Bring a Dog Bite Lawsuit in Maryland?

Generally, the answer is three years. This is subject to certain exceptions. You want to contact a lawyer on this issue sooner rather than later just so you are clear on your deadline to file. Because that deadline is firm and after it passes you have no further rights no matter how viable your claim may be.

What Is the Maryland Law on Dog Bite Liability?

In April 2014, the Maryland legislature passed a "breed neutral" law that effectively eliminates the so-called "one-bite" rule. (Actually, we never truly had a one-bite rule law but it was close enough that many lawyers referred to it as such.) The rule creates an assumption that dog owners know their dogs can bite.

But this carefully balanced new law also allows the owner to neutralize that legal presumption if they can show a reasonable owner would not believe that the dog was at risk to cause harm.

This legislation -- Maryland Cts & Jud Pro Code § 3-1901.2 -- effectively nixes the much-maligned ruling of the Maryland Court Appeals in Tracey v. Solesky (2012) which found that pit bulls are inherently dangerous and that strict liability should be imposed on both the owners of pits bulls and landlords.

What If the Dog's Owner is a Friend or Family Member?

We have handled cases where children sued their parents, friends suing friends, siblings suing siblings. Obviously, if there is no insurance, you have to consider whether bringing a claim is going to sabotage critical relationships in your life.

But our law firm is almost invariably bringing claims where the defendant has insurance. In these cases, while someone you care for may be the "defendant", what really matters is who is paying the settlement and that is the insurance company.

We had a son suing the parents case once where I later learned that the parents did a really good job of pushing the insurance company to settle. So while it sounds a little strange suing someone you care about, it usually works out without anyone's feelings being hurt.

What Will Happen to the Dog if I Bring a Claim?

Different counties in Maryland have different rules for dealing with dogs who cause serious injury or kill. But the civil lawsuit against the dog owner has absolutely nothing to do with how the authorities treat the dog.

How Much Can You Sue for a Dog Bite?

When you are suing someone for a dog bite in Maryland, you do not specify an amount if you are suing for more than $30,000 (or in some cases, $75,000 for reasons not worth getting into that related to federal jurisdiction). So you are asking for whatever compensation the court or jury deems appropriate (subject to Maryland's damages cap that would be applied to a dog bite lawsuit).

What Should I Do Before I Talk to a Dog Bite Lawyer?

As soon as possible, even before you call a lawyer, take pictures of your injuries and make sure you don't talk to the insurance company about your injuries or details about the dog bite itself.

Do You Need an Expert Witness in a Dog Bite Case?

Our firm handles serious injury dog bite injury cases. We know Maryland law and we fight for victims with every ounce of strength that we have. If you or your child have been injured from a dog bite in Maryland, call our personal injury lawyers at 800-553-8082 or get a free online consultation.

Below are some of the key Maryland appellate opinions that form Maryland dog bite law.

These are some relevant Maryland dog bite statutes and codes:

More Dog Bite Lawsuit Resources
Practice Areas
Client Reviews
★★★★★
They quite literally worked as hard as if not harder than the doctors to save our lives. Terry Waldron
★★★★★
Ron helped me find a clear path that ended with my foot healing and a settlement that was much more than I hope for. Aaron Johnson
★★★★★
Hopefully I won't need it again but if I do, I have definitely found my lawyer for life and I would definitely recommend this office to anyone! Bridget Stevens
★★★★★
The last case I referred to them settled for $1.2 million. John Selinger
★★★★★
I am so grateful that I was lucky to pick Miller & Zois. Maggie Lauer
★★★★★
The entire team from the intake Samantha to the lawyer himself (Ron Miller) has been really approachable. Suzette Allen
★★★★★
The case settled and I got a lot more money than I expected. Ron even fought to reduce how much I owed in medical bills so I could get an even larger settlement. Nchedo Idahosa
View More
Submit a Law Firm Client Review
Our Firm ›
Attorneys ›
Medical Malpractice ›
Personal Injury Practice ›
Communities Served ›
Injury Victim Help Center ›
Plaintiff Attorney Center ›
Insurance Company Insight ›