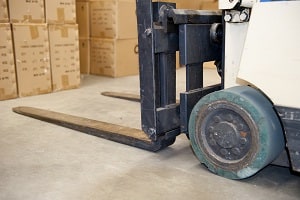 Home Depot is a huge “big-box” chain of over 2,000 stores that sell home improvement and construction materials. Almost all of us have been in a Home Depot or Lowe's. It is a great store when it comes to price and selection for home improvement. The typical store is filled with activity. Not surprisingly, this company faces more than its fair share of lawsuits by customers injured because of the negligence of the business and its employees.

Customers can never be 100% safe in any store. But retailers have an obligation to maintain its premises in a reasonably safe condition and to warn consumers of any potential dangers or hazards.

Home Depot is the defendant in a lot of premises liability lawsuits. Is this because it is a bad company? We don't think so. But the very nature of these big box stores is that there are a lot of employees with little experience making significant safety decisions. Most make the right decisions. But many don't.

We recently represented a doctor in Maryland who suffered an injury at a Home Depot that damaged his career as a physician. He received a successful settlement in his case. Our take on this company is while they are certainly not going to pay on frivolous claims; it will pay reasonable value on legitimate claims that are properly presented to them if it suggests a lawsuit may be imminent if the case is not settled.

Types of Claims Against Home Depot

Here are some examples of the types of civil actions that have been filed against Home Depot:

Getting a Lawyer to Fight Home Depot

Here is a summary of some Home Depot verdicts and settlements around the country. Please keep in mind this is not a representative sampling or necessarily a good indication as to the value of your or your client's case, even if you have similar facts.

Keep in mind these are all plaintiffs' verdicts. Home Depot wins the vast majority of cases that go to trial. Is this because they rarely harm consumers? Is it because they have the best lawyers in the world? No and no. Home Depot looks to settle cases it might lose at trial. It is trying the cases that are slam dunk winners for them.

Home Depot has been hit with a class-action lawsuit after a stunning data breach that has left credit card information for millions of customers.

The case, filed in federal court in Illinois, alleges that Home Depot failed to protect its customers’ private data.

This is an important lawsuit. Our firm is not involved in these cases.

Can you sue Home Depot?

Will Home Depot make a reasonable settlement offer to settle my home case?

Unlike Walmart, Home Depot will often make a reasonable setlement offer if they fear litigation. The driving force behind the settlment value of a Home Depot claim is the type and severity of the injuries and how easy it will be for the victim to prove the company was negligent.

Who do you sue when you sue Home Depot?

Getting a Lawyer to Fight Home Depot

Our law firm is handling Home Depot physical injury cases. We handle only very serious injury and wrongful death cases. If you have been injured as the result of the negligence of this company or by one of its products, call 800-553-8083 to speak to a lawyer or get a free Internet consultation.