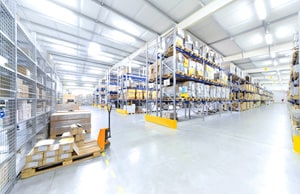 BJ’s Wholesale Club is a chain of stores that operate like warehouses. They tend to offer products in bulk, which reduces the cost to the consumer in the long-run. Like other warehouse stores, shoppers have to obtain a membership before buying merchandise from a BJ’s. There are currently ten BJ’s warehouses located in Maryland. There are BJ’s in Baltimore, Capital Heights, Pasadena, Westminster, Owings Mills, Columbia, Lexington Park, Bowie, Bel Air, and Waldorf.

BJ’s was founded in 1984 and is named after one of its founder’s daughters: Beverly Jean. The company has taken off, currently employing about 25,000 people across its 200 stores located in 15 states.

It is easy for plaintiffs’ lawyers to take shots at places like BJ’s because there are a lot of injuries in these stores that should not happen. But BJ’s is by no means an evil corporation bent on making its stores unsafe. The nature of large warehouse-type stores such a BJ’s means accidents come with the territory. You are combining a lot of people in huge stores laden with heavy machinery and merchandise and often inexperienced employees. Under the best case scenario, bad things are going to happen when you infuse these elements together.

BJ’s stores are typically packed. While an abundance of people alone often makes aisles more dangerous, add in pallets of stacked merchandise and heavy machinery, and you literally have an accident waiting to happen. The problem often lies with how experienced and well trained the employees working there are. These are the kind of places that can make the numbers work if they pay for only the best-trained employees. There is a great deal of turnover. Again, this is not a formula for a safe environment.

Adding fuel to the fire, so much more is asked of BJ’s employees than at your typical grocery or department store. BJ’s employees are responsible for tending to intricately stacked displays, driving forklifts in tight spaces, and using ladders to reach high displays.

No matter how you slice it, BJ’s is responsible for the negligent harm the company and its employees cause. One way to hold them accountable is to bring a lawsuit for premises liability.

The old adage “no one is perfect” applies to corporations as well. It is impossible to make a store 100% safe, but it is certainly possible to make a store reasonably safe for both customers and employees. This imposes a duty on BJ’s to warn customers about potential hazards within their stores while doing their best to make sure that they don’t create any in the first place. To win a case against BJ’s an injured customer has to show that 1) they were injured on BJ’s property; 2) they were injured because of a hazardous condition that was negligently created or should have been remedied by BJ’s; 3) BJ’s was negligent in their responsibility to keep them safe. BJ’s is a big corporation, meaning you generally need a lawyer to effectively bring your claim.

Below are sample verdicts and settlements against BJ’s. There have been few Maryland claims that have gone to trial. Most reported lawsuits have ended in a confidential resolution. In one case that made it to Maryland’s high court, a young boy fell from an elevated plastic play apparatus and suffering a serious brain injury. BJ’s avoided responsibility for this tragic claim not because they were not negligent but because the parents signed a liability release. The take-home message – BJ’s is going to fight like crazy to fight liability for the mistakes that it makes.

Keep in mind these are sample cases. They do not predict the value of future claims.

The attorneys at Miller & Zois have years of experience when it comes to premises liability cases. If you or a loved one has been injured due to BJ’s negligence, call us at 800-553-8082 or get a free online consultation.