Personal injury cases have a lingo of their own. Sometimes, lawyers forget that our clients are not living these cases on a day-to-day basis as we are.

Below are some commonly used phased you will want to get familiar with if you have a pending personal injury case. Most of these are general to all jurisdictions, but a few are specific to Maryland.

Affidavit: Written statement given under oath. Our motor vehicle accident cases infrequently involve affidavits. Our medical malpractice cases require an affidavit from a doctor to initiate a lawsuit in Maryland. Otherwise, affidavits in personal injury cases are to offer facts in response to a defendant's motion for summary judgment.

Apparent Agent: The appearance of being the agent of another (employer or principal) with the power to act for the principal. Mere belief of agency is not enough in Maryland. The belief has to be the result of representations or conduct of the principal or employer. We see this in truck accident case (is the guy driving around in the 84 Lumber truck an apparent agent?) and it hospital cases where the patient assumes the doctor or health care provider is an agent of the hospital.

Arbitration: Alternative dispute resolution procedure by which the parties agree to have a third party determine the outcome of the case instead of a judge or jury.

Attorney-Client Privilege: All communications between lawyers and clients are confidential and may not be disclosed with the permission of the client who holds the privilege. There are exceptions, but they rarely apply in personal injury cases.

Bad Faith: When the insurance company engages in unfair dealings with victim making a claim or its own insured. There are bad faith claims by victims dealing with a third party insurance company In 2007, the law in Maryland for the first time allowed an insured’s ability to bring an action for failure to act in good faith against its insurer. But the is generally toothless and of little practical application in personal injury cases in Maryland. Complaint: The written lawsuit that initiates the claim and seeks relief, almost invariably money in a personal injury case.

Contingency Fee: Fee that is only payable if the client gets a recovery. Usually, this involves a personal injury attorney receiving a percentage of the verdict or settlement amount (between 33% and 40% if we are your lawyers). But if the lawyer is unsuccessful in making any recovery for the client there is no fee (or expenses owed for most injury lawyers, including us). 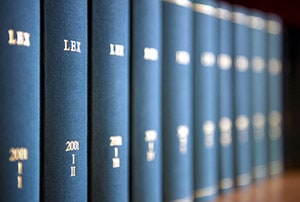 Coverage: Usually refers to just how much insurance is available or whether there is insurance to stand behind the claim.

Defendant: A party that the victim believes may be responsible in whole, or part for the injuries and losses suffered.

Deposition: Testimony under oath in which a person answer questions. This usually takes place in a conference room with the lawyers and a court reporter. Victims in personal injury cases usually get deposed if a lawsuit is filed.

Discovery: This umbrella term describes all of the pre-trial investigation that goes on after a lawsuit is filed. There are three main types of discovery: (1) depositions, (2) interrogatories, and (3) production of documents.

Expert Witness: This is a witness who has special expertise that a layperson would not have. Ninety percent of our expert witness is accident and malpractice cases are medical doctors. – A witness who lends their expertise in a given field to testimony in support of a party's case.

Interrogatories: Written questions answered under oath to a party in a lawsuit.

Mediation: Another dispute resolution method like arbitration that is designed to reach an out-of-court settlement. The big difference with a mediation is that it is just an effort by other parties, working with a neutral party, to help them reach a resolution. In an arbitration, an arbitrator decides the case for the parties.

Motion: Request by a judge to rule on an issue in dispute between the parties. Many motions involve questions or what evidence should be presented a trial or if there even should be a trial.

Plaintiff: The victim who has been injured and brings a claim in litigation

Power of Attorney: Written document that gives authority to perform certain functions. It is also a synonym for the settlement documents that are executed when the parties reach an agreement.

Statute of Limitations: The time limit for formally filing a complaint.Wrongful death – A wrongful death is a death that has been caused by the negligence of another person. Wrongful death lawsuits are usually filed by a decedent's family or beneficiaries.

Survival Action: When a person in negligently killed, there are two causes of action: wrongful death and a survival action. The survival action is a claim for the victim's estate for pain and suffering before death, medical bills, funeral expenses, and other losses suffered by the decedent.

Wrongful Death: When a person in negligently killed, there are two causes of action: wrongful death and a survival action. The wrongful death claim is made by the surviving family members for both their economic loss and the emotional loss of someone they loved.

Underinsured Motorist: A defendant who does not have enough insurance to cover the losses suffered by the victim in a car accident case.

If you have been in a car or truck accident or medical malpractice, you should contact an attorney as soon as possible. The rush is because there is a limited window to both collect evidence to bring a claim. We can help you and no cost or obligation. Fill out our free case review form today or call 800-553-8082.