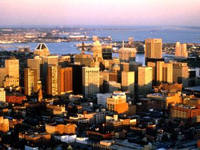 If you have gotten to this page, we have showed you some pretty good jury verdicts (here and here) in Baltimore City. This is a good place for personal injury plaintiffs to be. Our law firm has had a lot of success in Baltimore City. We have not had a losing case in Baltimore Circuit Court in many years. That said, not every case is a winner.

We win in the city in part because we pick the right cases. Baltimore juries are not surprised when they see a case that does not make sense to them and they give a verdict commesurate with this finding.

This is a sampling of jury verdicts and settlements in Baltimore personal injury accident and medical malpractice lawsuits. These claims have been handled either by our law firm or other lawyers in Maryland. You can see more Baltimore City jury verdicts and settlements here. It is also worth reviewing this page to see how we complied these verdicts and what these cases tell you about the value of your own case. Please keep in mind that none of these cases are Miller & Zois cases.