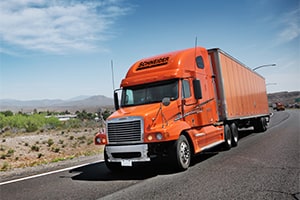 According to the Federal Motor Carrier Safety Administration's accident data, from April 2018 to April 2020 Schneider trucks have been involved in 970 accidents. 17 of those accidents resulted in fatalities and 264 caused serious injuries.

Schneider, along with UPS, FedEx, Swift, and J.B. Hunt, is one of the five largest trucking companies in North America. It is a publicly traded company with over $1 billion in revenue. Schneider vehicles are responsible for moving a large percentage of the 10.5 billion tons of freight transported by trucks in the United States annually.

Schneider is not necessarily a bad company. But any organization with a fleet of 21,937 vehicles on the road will inevitably cause a few accidents. Particularly in an environment where truck drivers are pushed to cover more miles in less time, stress, fatigue, and distraction can cause any driver, regardless of their training or experience, to get into a collision.

The possibility for accidents is greater when a company, like this company, hires new drivers fresh out of their training classes. Of course, new drivers need to start somewhere. We get that. But the odds of stress, fatigue, and distraction can only increase with truck driver inexperience. Regardless of their hiring policy or training program, Schneider is responsible for the serious injuries its truck drivers causes. If you are our client, we are going to fight to get you compensation for all of the pain, harms, and losses resulting from the truck accidents caused by the drivers they employ.

Why Schneider Accident Cases Have a Higher Settlement Value

Schneider tractor-trailer accidents typically result in disputes over the settlement value of the injuries, not over who is liable for those injuries. This should mean that the defendant is of no consequence to the outcome of the case, but in reality, the defendant does make a difference. When suing a sympathetic individual who just happened to cause a single accident, like a Sunday school teacher or a young person who just got her license, this has an impact on jury awards. Although a jury should focus on finding a money award that would accommodate the victim with everything he or she needs to become whole again, sympathy toward the defendant can result in lesser jury awards. But few people feel sympathetic toward big companies even if they respect the company or appreciate its services. As such, the trial value of a personal injury claim can be higher against a trucking company. This higher trial value in the courtroom leads to a higher settlement value.

Even more directly, Schneider tractor-trailers are capable of causing more damage than a standard passenger car because of their large size and weight. Because Schneider claims adjusters are accustomed to dealing with these greater damages and their corresponding greater dollar amounts, they can have a positive impact on settlement value.

What Else is Different About a Claim Against Schneider?

Although many lawyers regularly handle car accident cases, they are not always qualified to handle commercial truck accident cases against Schneider. There are many more tools, like state and federal regulations specifically applying to tractor-trailers or specialized equipment carried onboard big rigs, that can be used to help victims if you know where they are and how to use them. Many commercial vehicles are required to collect and save data about their speed, airbag deployment, braking, and a host of other information from the time of an accident. Plaintiff attorneys can find and utilize data from these modern electronic instruments as long as they know where to find them.

Sample Settlements and Verdicts Against Schneider

What is the Average Settlement Value for Schneider Transportation Truck Accident Cases?

The average value of a settlement in a serious truck accident case involving a big trucking company like Schneider Transportation is around $75,000 to $110,000. The average jury award in accident cases against commercial trucking companies is $500,000. The settlement value of your specific case will depend largely on how seriously you were injured.

Do Schneider Truck Drivers Have a Bad Accident Record?

How Much Insurance Do Schneider Trucks Have?

All Schneider trucks are covered by auto liability insurance policies with a limit of $1 million per accident. The insurance carrier is General Insurance Company of America. A copy of Schneider’s current Certificate of Liability Insurance for this coverage is available for inspection on the company website.

What Lawyers Does Schneider Transportation Use in Maryland?

Schneider Transportation occasionally gets sued in Maryland in motor tor cases, but not on a regular basis. When Schneider does get sued in Maryland, the company has been defended by the Annapolis firm of Ryan, Drewniak & Upshaw LLC.

What Other Companies Does Schneider Own or Operate?

Schneider is a publicly traded company and one of the largest players in the commercial trucking and transport business. Like all big companies, Schneider owns a lot of corporate subsidiaries. However, all of the company’s subsidiary units operate under the “Schneider” name and are not separately branded.

Our law firm is based in Maryland. Most of the truck collision cases we handle are in the Baltimore-Washington area, but our law firm handles significant injury cases throughout the entire country. If you have been harmed in an accident or have a potential wrongful death claim involving a Schneider truck and want to consider a lawsuit or a claim for an out-of-court settlement, call one of our lawyers at 800-553-8082 for a free case evaluation or click here for a free no obligation Internet consultation.