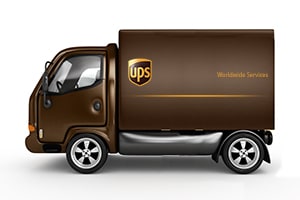 The United Parcel Service (UPS) is the largest for-hire shipping carrier in North America with FedEx trailing in not very close second place. It has over 108,197 vehicles in their fleet, 2.56 billion in annual mileage. Incredibly, there are 90,852 UPS drivers that deliver over 19 million packages globally every day. With so many vehicles on the road, accidents are inevitable. There have been 4,816 reported crashes with UPS since 2012.  Of these truck accidents, 84 occurred in Maryland. In the first three months of 2017 alone, 19 people have been injured in UPS vehicle accidents.

The truth is that in spite of these mind boggling statistics, UPS is a not a bad company. It has "Satisfactory" federal safety rating. That is nothing to brag about, to be sure, but the reason for the large volume of crashes and serious injuries and death in that accidents is the sheer size of UPS. Sure, UPS, like any company, has bad drivers.. Sometimes, this is the fault of UPS because they make mistakes in choosing suitable drivers and contractors (which is also a function of not paying their drivers enough to attract the best candidates). UPS drivers are also stressed by the system that demands speed in making deliveries which cause both excessive speed and distracts drivers. But it most truck accident lawsuits alleging that injuries and death, the core of those claims is that the real fault lies with the driver. UPS is responsible for the pain, harms, and losses from those accidents because they are employing the drivers

Why UPS Accident Cases Have a Higher Settlement Value

Most car and truck accident cases do not involve a significant liability dispute. The conflict is regarding the settlement value of the injuries. In theory, this means who the defendant is should be of no consequence. The jury should focus on determining the appropriate amount of money damages to make the victim whole. But in the real world, it makes a difference who the defendant is. When we are suing a sympathetic grandmother of 11, this has an impact on jury awards. Conversely, few people have warm and fuzzy feelings about UPS, even among those that know and respect the company. So the trial value of personal injury claim is higher with UPS and this higher trial value leads to a greater settlement value.

As a practical matter, because UPS trucks cause more damage than passenger cars, UPS claims adjusters are used to dealing with larger dollar amounts. This also has a productive impact on settlement value.

What Else is Different About a Claim Against UPS?

Lawyers who regularly handle car accident cases are not always qualified to handle truck accident case against UPS. There are so many more weapons to determining how the accident occurred that required specialized knowledge of these cases. There are certain accident-related data may be stored. These vehicle are equipped with modern electronic information that can give you information on speed, airbag deployment, braking and a host of other data points to help ascertain whether UPS was at fault for the crash. There are also scores of state and federal regulations that might be relevant. There is an absolute arsenal of tools to help victims if you know where they are and how to use them.

Sample Settlements and Verdicts Against UPS

For many of these different variables, we provide statistics for the median or average trial or settlement value. Another helpful, albeit limited, tool is samples of settlement and verdicts involving the defendant. In very general and limited terms, it gives you a feel for how the settlement value of these cases depends on the jurisdiction, the severity of the injuries, and the economic loss caused by the injuries or death.

There one thing that victims and accident lawyers should know that is specific to a UPS settlement.  The ultimate settlement value of a case against UPS is higher than it is in a passenger car injury case with the exact same injuries. Why?  There are many reasons, not the least of which is that UPS is an easier target for a jury than an individual.

Our law firm is based in Maryland. Most of the truck collision cases we handle are in the Baltimore-Washington area, but we handle significant injury cases throughout the entire country. If you have been harmed in an accident with a UPS truck and want to consider a lawsuit or a claim for an out-of-court settlement, call one of our lawyers at 800-553-8082 or click here for a free no obligation Internet consultation.