This case, Schuler v. Erie Insurance Exchange, is about whether uninsured motorist coverage for a business requires coverage for "vehicle owners and members of their family."  The Maryland Court of Special Appeals says no.  But the opinion is not all bad for victims.

In this Montgomery County, Maryland case, a pedestrian was injured in a car accident when he was struck by an uninsured motorist. The pedestrian's car was insured by MAIF. The pedestrian's wife drove a company vehicle with an Erie Insurance Exchange commercial policy, with the employer as the named insured.

After the pedestrian was struck by the uninsured car (as he was standing next to his own automobile, a 1983 Camero (remember that car?), at the time of the accident), he sought recovery under the Erie policy as opposed to the MAIF policy because, not surprisingly, the Erie policy had higher limits (20/40 as opposed to 100/300). (Note: the minimum car insurance coverage in Maryland is now is 30/60.) 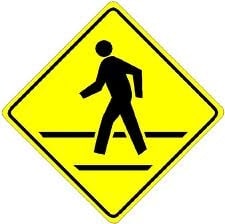 The Court of Special Appeals of Maryland affirmed, ruling that under the unambiguous language of the insurance policy, the pedestrian was not covered for UM or PIP benefits because he was not the insured or a relative of the insured (which was his wife's company), and the accident did not occur while he was using his wife's car.

This big issue is whether the spouse of the owner of a car insured by the owner's employer is an insured entitled to uninsured motorist and PIP coverage.  Erie took the position that only covered vehicles involved in accidents were insured under this commercial policy.  The injured spouse, of course, contended that the policy should cover not only the owners of the cars but their relatives.

Erie won this argument and it won the case for them. But this case can also be a weapon for plaintiffs' lawyers.  How?  The court disagreed with Erie's argument that only covered vehicles were insured.   That is simply not what the plain meaning of the policy says.

Schuler has been cited by a number of other opinions by Maryland courts.  These are the cases over the last 23 years.