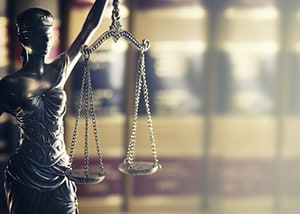 This Latin phrase is a legal way of saying that the circumstances attendant upon an accident are themselves of such a character as to justify a jury in assuming negligence was the cause of the accident."

The doctrine of res ipsa loquitur permits a factfinder to infer negligence and causation "on the part of a defendant from a showing of facts surrounding the happening of the injury, unaided by expert testimony, even though those facts do not show the mechanism of injury or the precise manner in which the defendant was negligent" (so the facts "speaks for itself").

Another res ipsa example is a truck driving on a newly built road and the road collapses. There would be an inference that the contractor who built the road was responsible.

Res ipsa in Maryland is not absolute negligence. The road contractor's attorney, in this last res ipsa example, would have the opportunity to rebut the inference of negligence by proving that road collapsed for a different reason.  Maybe the evidence at trial is that the truck weighed more than federal or state regulations allowed.

What Are the Elements of Res Ipsa Loquitur?

In Maryland, there are three elements an attorney must prove in a personal injury case to the create an inference of negligence on the part of a defendant: (1) a casualty of a kind that does not ordinarily occur absent negligence, (2) that was caused by an instrumentality exclusively in the defendant's control, and (3) that was not caused by an act or omission of the plaintiff. Holzhauer v. Saks & Co., 346 Md. 328, 335-336 (1997).

"If the plaintiff presents evidence as to each of these conditions, and if the jury finds each condition to be more probable than not, the jury may find negligence even in the absence of evidence as to the exact mechanism of injury or the precise manner in which the defendant was negligent." Tucker v. Univ. Specialty Hosp., 166 Md. App. 50, 59 (2005).

Auto accidents and truck accidents are unfortunately not uncommon occurrences in Maryland. These accidents occur under a large variety of circumstances under which different drivers and even non-drivers may be potentially at-fault for the accident.

It is the rare case when only one inference may be drawn as to the who is at fault for the crash. Auto accidents and truck accidents are not typical res ipsa cases. However, the mere fact that the occurrence is an auto or truck accident does not ipso facto preclude an accident attorney from invoking res ipsa to prove negligence.

Among the various types motor vehicle accidents, there is one scenario in particular in Maryland accident lawyers have sought consistently to apply the res ipsa loquitur doctrine.

Where a car, truck or motorcycle leaves the road without a prior collision and thereby causes injury or damage, Maryland courts will draw an inference of negligence from the occurrence (assuming the other conditions set forth above are met) because the driving off the road really is the think speaking for itself.

When Is Res Ipsa Inapplicable?

The simpler the case the more likely you have a chance of getting the court to apply res ipsa. Maryland courts have generally refused to apply the res ipsa loquitur doctrine where the subject matter is so complex that a layperson cannot reasonably infer negligence based on their common experience.

So it works better for victims in a motor vehicle accident and simple products and premises liability cases than it does on more complicated types of litigation. See Orkin v. Holy Cross Hospital, 318 Md. 429, 433 (1990) ("Complex issues of the type generated by [a complex medical malpractice case] should not be resolved by laymen without expert assistance. Res ipsa does not apply under these circumstances.")

More on Res Ipsa in Maryland

Scholars - okay, not really scholars - sometimes confuse res ipsa loquitur with another Latin term, ipso facto. There is a big difference between these two Latin terms.

Ispo facto means a particular effect is a direct consequence of the action in question, instead of being brought about by a subsequent action. "You have Googled res ipsa loquitur; ipso facto you want to learn more about it."

Is There a Res Ipsa Jury Instruction?

Res ipsa is ultimately used as a tool by the jury to infer negligence in the absence of evidence. This is the "thing speaks for itself" instruction a judge would give the jury in Maryland.

The fact that an event happened does not mean that it was caused by negligence. However, if the plaintiff has proven each of the following circumstances, you may conclude that there was negligence: