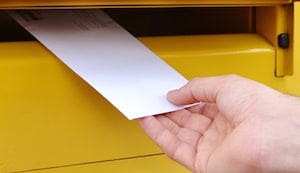 Below is a sample demand letter in a medical malpractice case that thankfully did settle before a lawsuit was filed. The names and the parties have been changed.

First, a few comments about medical malpractice demand letters. These cases are extremely difficult cases to settle before suit is filed. Why? It is really difficult to assess the value of these cases without going through the litigation process. How well did the experts hold up? Are the plaintiffs sympathetic? How likable is the doctor and how convincing will he be defending the care that was rendered?

There is a second reason why these cases are so difficult to settle pre-suit: the insurance companies. In Maryland, and most states, the insurance companies have a policy of making plaintiffs’ attorneys work to get settlements, particularly if you do not have a history of getting malpractice verdicts and settlements. Because lawyers that do not know what they are doing often make mistakes in working up the claim.

In some tort cases, a plaintiffs’ lawyer has to screw up the claim pretty badly to kill an otherwise good case. In medical malpractice claims, at least with the procedural rules we have in Maryland, it takes just a few missteps for a neophyte malpractice lawyer to make a mistake that is fatal to the entire claim. The Maryland legislature and our courts are just not forgiving of these mistakes in the health care negligence area.

The final reason these cases are hard to settle at the outset is that the insurance companies want to make even the best malpractice lawyers work for their settlement. The reasoning behind this is that they want lawyers to know there are no quick and easy malpractice settlements; and that they have to work and spend money on experts and everything else a medical negligence case requires to get a settlement.

Many malpractice lawyers in Maryland chalk this up to spite, a hatred of trial lawyers. While probably a factor in the calculus, that sentiment is a little overblown. The reality is that this paradigm is a part of a more complex strategy these insurance companies have. Medical malpractice insurance companies thrive because victims and their lawyers do not bring viable claims. Most people with a winning malpractice case do not bring a claim because they want to or they cannot find a lawyer to help them.

If the ratio was reversed, it would spell ruin for these insurance companies. So if lawyers know they can send out a demand package in small malpractice cases and get good settlements, it encourages lawyers to take those cases in the first place. If everyone with a viable malpractice claim could find a lawyer to take their claim, these insurance companies would collapse. So the hardball, “you are going to have to file suit” tactic is a part of a more long-term strategy for these insurers.

The sample demand letter below is to a hospital. This is a completely different animal. Hospitals are willing to settle cases pre-suit if it is a case they think they will lose at trial and the lawyer bringing the claim has a history of bringing successful claims. Hospitals know that malpractice lawsuits come with the territory. But they do not want to lose at trial because it tarnishes their brand. So many hospitals are willing to settle cases pre-suit for good values if the liability case is solid.

Our malpractice lawyers skipped making a demand.  This is more of a "let us know if you are interested before we file a malpractice lawsuit" letter.  Few malpractice lawsuits will settle out-of-court before a lawsuit is filed.  But it is often worth the effort because you can save yourself - and more importantly, your clients - time and effort with a pre-suit settlement.

Re: Medical Malpractice claim of the late Maggie Marryman
Date of Death: April 15, 2021

As you know, Miller & Zois represents the parents of the late Maggie Marryman. I am writing to resolve this wrongful death claim without protracted litigation.

Ms. Marryman underwent an ERCP procedure on April 15, 2021, at your hospital, and died during the procedure. Ms. Marryman was only 30 years old. During the procedure, she developed an air embolism that went to her heart. According to the autopsy report, air became trapped in her right ventricle and was never evacuated during the 60-minute code. In fact, neither the anesthesiologist nor the gastroenterologist considered the possibility that Ms. Marryman had an air embolism which was causing her hemodynamic instability and cardiac arrest. These physicians never took any action to diagnose an air embolism as the cause of her cardiac arrest. This failure and breach of the standard medical care is what caused Ms. Marryman’s death.

Air embolisms during ERCP procedures are rare, but well-recognized complications. If not promptly investigated and addressed it will lead to the death of the patient. This is what occurred in Ms. Marryman’s case. This complication is so well known that numerous articles have been written spelling out the importance of the physicians involved in the procedure to be keenly aware of this possibility and to address it promptly.

Vascular air embolism is a potentially life-threatening event that is now encountered routinely in the operating room and other patient care areas. The circumstances under which physicians and nurses may encounter air embolism are no longer limited to neurosurgical procedures conducted in the “sitting position,” and occur in such diverse areas as the interventional radiology suite or laparoscopic surgical center. Advances in monitoring devices coupled with an understanding of the pathophysiology of vascular air embolism will enable the physician to successfully manage these potentially challenging clinical scenarios.

Clinicians must be aware of this silent but dangerous complication that can occur during many seemingly routine operative procedures and interventions.

Dr. Mirski’s article entitled Diagnosis and Treatment of Vascular Air embolism appeared in the Journal of the American Society of Anesthesiologists in January of 2007 – five years before Ms. Marryman’s ERCP procedure. It is impossible to fathom why the anesthesiologist at Bethany Moss who was responsible for monitoring Ms. Marryman during this procedure was not aware of this dangerous complication and failed to take any action to evaluate, diagnose, and treat the air embolism that killed her.

Bethany Moss Medical Center has certainly performed its own peer review of this tragic death and determined the potential exposure if this matter goes to trial.

I am reaching out to you pre-litigation to resolve this claim and avoid litigation. Enclosed please find a disc containing Ms. Marryman’s medical records from Bethany Moss and the autopsy report.

Would you kindly contact me after you have reviewed the records to discuss settlement of this claim?

Sample Demand Letter Resources
Practice Areas
Client Reviews
★★★★★
They quite literally worked as hard as if not harder than the doctors to save our lives. Terry Waldron
★★★★★
Ron helped me find a clear path that ended with my foot healing and a settlement that was much more than I hope for. Aaron Johnson
★★★★★
Hopefully I won't need it again but if I do, I have definitely found my lawyer for life and I would definitely recommend this office to anyone! Bridget Stevens
★★★★★
The last case I referred to them settled for $1.2 million. John Selinger
★★★★★
I am so grateful that I was lucky to pick Miller & Zois. Maggie Lauer
★★★★★
The entire team from the intake Samantha to the lawyer himself (Ron Miller) has been really approachable. Suzette Allen
★★★★★
The case settled and I got a lot more money than I expected. Ron even fought to reduce how much I owed in medical bills so I could get an even larger settlement. Nchedo Idahosa
View More
Submit a Law Firm Client Review
Our Firm ›
Attorneys ›
Medical Malpractice ›
Personal Injury Practice ›
Communities Served ›
Injury Victim Help Center ›
Plaintiff Attorney Center ›
Insurance Company Insight ›