If you have been injured in an accident in a Lyft rideshare vehicle, you need the Lyft accident lawyers at Miller & Zois. Our rideshare accident attorneys know how to get the most compensation for your Lyft accident case.

Lyft is one of largest and most popular commercial "rideshare" transportation network companies that has taken over the private, for-hire transportation industry formerly dominating by taxi services. Lyft is an on-demand transportation provider that has a network of for-hire drivers and users who connect via the Lyft app on their smart phones. 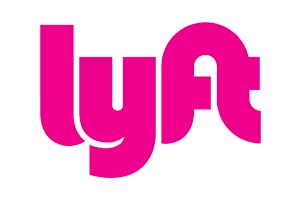 At this point everyone is pretty familiar with who the Lyft system works but here is a brief summary. Riders download the Lyft app on their phone and open a rider account which is linked to a credit card. Once they have their Lyft account setup users can request a ride/pick from the app on their phone. The ride request gets transmitted to all nearby Lyft drivers for review and acceptance. Once a nearby Lyft driver accepts the fare the phone app notifies the rider and tracks the driver's progress to the pick-up location. Once the rider is dropped-off, payment for the ride is processed electronically through the Lyft app.

Commercial ridesharing / transportation networks have exploded in popularity and usage over the last decade. The company with the largest share of the commercial rideshare market is Uber. However, Lyft has emerged as the primary competitor to Uber and is now a close second with 30% of the ride-hailing market share. Lyft is headquartered in San Francisco and launched shortly after Uber, but the 2 companies follow the same basic business model.

Lyft drivers are technically independent contractors. Legally this means that Lyft is not automatically liable for the actions of their drivers. However, Lyft can definitely have direct liability for injuries and damages caused by their drivers under certain circumstances. Lyft also fully assumes liability for injuries to passengers. Lyft's liability in an accident will depend largely on the status of the driver at the time the accident occurs.

As the chart below demonstrates, if a Lyft driver is on-duty with a passenger in the car when an accident occurs, the full scope of Lyft's $1 million driver / rider insurance policy applies. If the accident occurs when the Lyft driver is "on duty" but not picking up or delivering a passenger, Lyft provides a lower level of coverage. If the driver is off-duty then Lyft does not cover ant accidents the driver may be involved in.

Lyft itself does not get directly involved in any accident claims. Rather auto accident liability claims against Lyft are processed by an independent adjuster, York Risk Services.

Despite the fact that Lyft drivers are independent contractors and not employees, Lyft can still be potentially liable if its drivers commit intentional torts or other bad acts involving Lyft passengers. For example, suppose a Lyft driver assaults or rapes a passenger. That passenger may have a valid lawsuit against Lyft.

Lyft's rideshare competitor, Uber, has actually been involved in a handful of highly publicized cases involving liability for driver assaults on passengers. One of these cases generated an influential written opinion from the U.S. District Court for the Northern District of California. In that case a female Uber passenger was sexually assaulted by her driver and she sued Uber. Uber moved to dismiss the case on the grounds that it could not be liable since the driver was an independent contractor. A Federal Judge rejected Uber's argument and held that Uber maintains a level of control over its drivers that is consistent with an employer-employee relationship. This meant that Uber could potentially be liable for the actions of its driver just like they would be if the driver was classified as an employee.

Lyft does not want accident cases going to trial. Why? Because they are printing money and they know the great risk to the printing press is bad publicity. It is important that car accident lawyers handling Lyft cases understand this because you do not want to make the same demand for settlement against Lyft that you would against an insurance company like State Farm. Because Lyft is going to pay a lot more in a settlement for the exact same claim.

Over the last 24 months, hundreds of women have filed civil lawsuits against Lyft alleging that they were sexually assaulted by Lyft drivers and the company failed to protect them. The plaintiffs in these sexual assault lawsuits are from across the country, although most of the cases so far have been filed in California state courts. The allegations made by the women in these complaints follow similar patterns in which Lyft drivers pick up women late at night and subject them to unwanted sexual touching, assault, or rape.

Lyft’s major competitor in the ride-share business, Uber, recently agreed to a $9 million dollar settlement with the California Public Utilities Commission (CPUC) to resolve a regulatory investigation into sexual assaults by Uber drivers. This has lead to increased attention and awareness of this issue.

Rideshare companies like Lyft have an affirmative duty to ensure that their passengers are safe. This includes an obligation to undertake reasonable measures to prevent to riders from being sexual assaults by Lyft drivers. At a minimum, this means that Lyft has an obligation to properly vet its drivers to ensure that they do not have any history of sexual assault or other issues. Lyft also has a duty to take necessary and appropriate action in response to assault allegations against drivers, such as terminating or suspending drivers accused of assault and investigating claims.

One of the new theories of liability being asserted in sexual assault lawsuits against Lyft is that the assaults could be prevented if Lyft required drivers to have a camera system operating during rides. Currently, neither Lyft or Uber require cameras.

According to safety data kept by Lyft (based on passenger complaints) the company received a little over 4,000 complaints of sexual assault by drivers against passengers between 2017 and 2019. Over half of those complaints were described as “non-consensual touching of a sexual body part.” 156 of the reported incidents alleged “non-consensual penetration” or rape and 10 of the incidents resulted in fatal physical assaults.

The sexual assault civil lawsuits filed against Lyft mostly involve female passengers who claim they were subjected to unwanted sexual touching, assault, or rape by their Lyft drivers. Below are summaries of factual allegations from various sexual assault lawsuits against Lyft.

The average settlement value for a sexual assault civil lawsuit against Lyft will vary depending mostly on whether the plaintiff has a strong negligence claim against Lyft. For example, Lyft fails to properly screen drivers with long histories of sexual assault crimes, they can be held liable for negligence.

In cases with a strong negligence theory against Lyft, the potential settlement value for an assault case could be anywhere from $400,000 to $1,000,000 or even higher, depending on the severity of the assault.

Miller & Zois handles major auto accident cases in Maryland the surrounding areas. If you have an accident claim against Lyft (or Uber) or another rideshare company, contact our accident lawyers today for a free consultation. Call us at 800-553-8082 or request a case evaluation online.