Below is a sample personal injury settlement agreement.  This release is one our lawyers used in a product liability case but is a usable template for most negligence settlements.
We also provide another free template for a settlement release in a car accident case.
More Samples

This Settlement and Release Agreement (“Agreement”) is made and entered into as of this 4th day of December 2020, by and between Richard and Jane Rush (“the Rushs”) and Appleby Smith.(“AS”).

WHEREAS, the Rushs have instituted an action in the Circuit Court for Baltimore City, Maryland against AS, captioned Rush v. Appleby Smith Case No. 24-C-08-036677-OT (“the Lawsuit”) asserting various claims against AS.  These claims include but not limited to, claims to recover money damages for personal injuries (“Injuries”) allegedly suffered as a result of a boiler explosion based on theories of strict liability, negligent design, respondeat superior and loss of consortium, and all claims asserted or which could have been asserted in the Lawsuit, which claims AS denies; and

WHEREAS, the parties wish to resolve and settle all of their past, present and any future claims, disputes and controversies, including but not limited to those relating to the subject matter of the Lawsuit;

NOW, THEREFORE, in consideration of the mutual promises set forth in this Agreement and for other good and valuable consideration, the receipt and sufficiency of which are hereby acknowledged, the parties agree as follows: 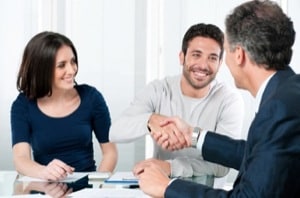 WITNESS our hands and seals as of the date set forth below.

Related Articles and Samples
Practice Areas
Client Reviews
★★★★★
They quite literally worked as hard as if not harder than the doctors to save our lives. Terry Waldron
★★★★★
Ron helped me find a clear path that ended with my foot healing and a settlement that was much more than I hope for. Aaron Johnson
★★★★★
Hopefully I won't need it again but if I do, I have definitely found my lawyer for life and I would definitely recommend this office to anyone! Bridget Stevens
★★★★★
The last case I referred to them settled for $1.2 million. John Selinger
★★★★★
I am so grateful that I was lucky to pick Miller & Zois. Maggie Lauer
★★★★★
The entire team from the intake Samantha to the lawyer himself (Ron Miller) has been really approachable. Suzette Allen
★★★★★
The case settled and I got a lot more money than I expected. Ron even fought to reduce how much I owed in medical bills so I could get an even larger settlement. Nchedo Idahosa
View More
Submit a Law Firm Client Review
Our Firm ›
Attorneys ›
Medical Malpractice ›
Personal Injury Practice ›
Communities Served ›
Injury Victim Help Center ›
Plaintiff Attorney Center ›
Insurance Company Insight ›