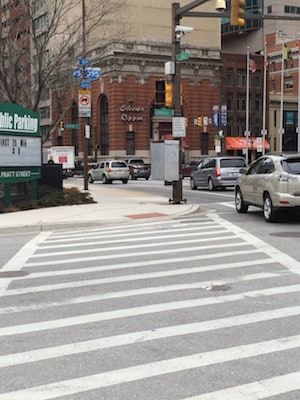 We have made a lot of progress in automobile safety. Car and trucks are built with safety features our grandparents would not have imagined. Pedestrians are still in the exact same boat: completely unprotected. The big difference today is that pedestrians are even more vulnerable because of the technological distractions of cell phones and texting.

Pedestrian accidents are often catastrophic. Pedestrian injuries occur in places other than crosswalks and it is usually the driver’s responsibility to ensure that they do not hit a pedestrian. In spite of the fact that Maryland law is designed largely to protect and defer to the pedestrian, our law firm sees far too many pedestrian death cases every year.

Maryland pedestrian deaths are on the rise.  We had 48 in 2017.  In 2018, that number leaped to 60.  Sure, the sample size is small.  But that still a huge statistical jump.  These statistics also track with the national trend.  Pedestrian deaths were at a 28-year high in 2018.  Why the jump?  There are a lot of theories that have been offered.  The only one that seems to make sense is texting and other cellphone use while walking (and while drivers are driving).

Children and elderly pedestrians are at the highest risk of pedestrian death. A child is less aware of traffic and may be more inclined to enter a busy or dangerous intersection. At the same time, a minor injury suffered by an elderly person has the potential to be deadly in the event of medical complications. These harsh realities truly illustrate the massive responsibility placed on drivers. Few commuters realize that a momentary lapse in concentration can change a family forever. These drivers need to be held accountable – including possible criminal charges -- if we have any chance in reducing the number of pedestrian fatalities.

Below are sample settlements and verdict in fatal pedestrian accident cases in Maryland.  We have not had a lot of recently reported cases. 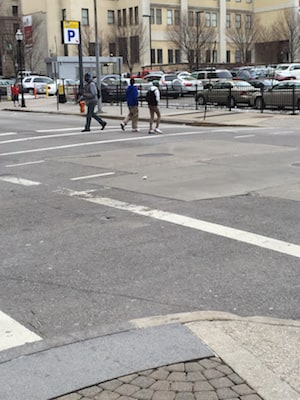 These verdicts need to be taken with blocks of salt when using these figures to compute the value of your own pedestrian accident wrongful death case. It is also important to realize that the jury is not told of the cap on damages or any caps on insurance. So unless there is a stipulated verdict, the jury simply gives it award. Those claims against the state are capped at a measly $200,000. The last pedestrian wrongful death case we settled a few years back resolved for $1,000,000. Why so little? That was all the insurance the Allstate driver had and he did not have assets that justified going after the driver individually. The harsh reality is that we have also settled pedestrian accident wrongful death cases for $20,000 and $30,000 because that was all the insurance that was available.

This brings up an important point about these cases. Sometimes, the best work personal injury lawyers can do in these cases is find insurance. Maryland law bends toward insurance and there are creative ways to involve insurance companies that are counterintuitive. So you need a lawyer with the background and experience to look under every rock imaginable to find more insurance.

Our lawyers have earned millions for our clients in settlements and verdicts in Maryland pedestrian accident cases. If you have lost a loved one in a pedestrian accident in the Baltimore-Washington area and believe you have a potential wrongful death claim, call Miller & Zois at 800-553-8082 or get a free online consultation and case evaluation.