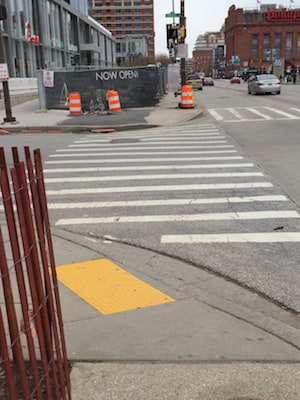 Our youngest and oldest members of society are at the greatest risk of being involved in a pedestrian accident. The Center for Disease Control reports that approximately 20% of all pedestrian deaths involved a victim that was 65 or older. They also found that 20% of all children who were killed in traffic accidents were pedestrians.

These statistics speak to the amount of responsibility placed in the hands of drivers. Elderly individuals lack the ability to move across intersections as quickly as younger ones, while lacking awareness of approaching vehicles. So, sure, sometimes this results in our children and elderly making mistakes that cause pedestrian crashes. But what also happens is that this these at risk groups do not have the same ability to save themselves from the negligence of a driver who is not paying attention. 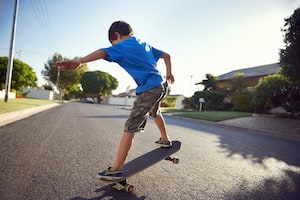 Our youngest pedestrians present a unique responsibility for both parents and drivers. Parents and care providers need to ensure that children know the rules of the road. Similar to the elderly, children do not have the level of awareness of approaching cars or know the danger that stepping or playing in the street poses. At the same time, parents cannot rely solely upon education to ensure their child's safety. They have to be vigilant and know that a momentary lapse in supervision can result in tragedy.

Of course a parent can only do so much given the volume of negligent, impaired, and bad drivers on the road. Regardless of the child's conduct, drivers have to assume that a child does not know better when it comes to the rules of pedestrians. Drivers need to be on the lookout around child-dense areas such as schools, residential neighborhoods, or parks. How many times have you seen a child playing in their front yard, only to carelessly chase an errant ball or toy into the street? These situations can result in tragedy if a car is traveling down the road at the wrong place at the wrong time. Drivers should immediately slow down as soon as they spot children near the road and, of course, need to keep their eyes focused on the road instead of their GPS, radio, or phone.

Still, phones present problems for pedestrians as well, as "distracted walking" has become much too common. The average teenager is glued to their smart phone on a daily basis, and while this is more likely to lead to a lapse in social skills, a distracted walker can easily fall victim to a potentially deadly accident. We have all seen videos on the internet of a distracted walker who is so enthralled by their smart phone that they accidentally walk into a fountain or garden at the mall. This plays itself out in circumstances that are a lot less humorous.

The following verdicts are examples of elderly and child pedestrian accident cases where jury awarded damages. Do not put a ton of stock in these verdicts when it comes to valuing you own claim. We post these for other attorneys and to give victims just some idea of how cases are valued. The reality is that one case cannot predict another but this is one tool of many you can utilize to better understand the settlement range or trial value of your own claim.

Miller & Zois has earned millions for victims in settlements and verdicts in Maryland pedestrian injury and wrongful death cases. If you believe you may have a claim, call Miller & Zois at 800-553-8082 or get a free, no obligation online consultation and case evaluation.