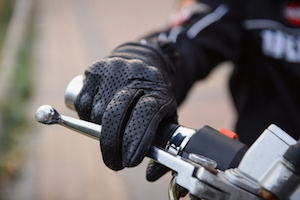 Contrary to these stereotypes, most of the motorcyclists we represent are safe and conscientious drivers. The majority of riders are concerned about their safety. They wear helmets and protective vests, have usually taken one or more safety courses, and their motor vehicle records are cleaner than the average driver. In fact, many serious motorcycle accidents are caused by inattentive drivers who do not see motorcycles coming. The most common example of this is when a car or truck makes a left-hand turn without noticing the motorcycle in the opposite lane, resulting in a head on collision.

Below we discuss motorcycle accidents, the value of these accident cases, and how insurance affects motorcyclists. If you are interested in a specific topic, follow the links below. 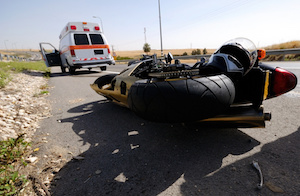 There are approximately 1,800 motorcycle accidents every year in Maryland. These accidents result in injuries and deaths. For example, in 2017, Maryland reported 76 motorcycle deaths. Additionally, severe injuries are ten times more likely with motorcycle crashes than with car crashes. Motorcyclists, therefore, pay more for their injuries than drivers of other vehicles. The average total cost of a motorcyclist’s injuries is $211,000, compared to about $17,000 for all other vehicles.

A significant amount of fatal accidents for motorcyclists are single-vehicle crashes. These accidents are often attributed to a lack of training, speeding, and driving while under the influence. Helmet use also contributes to fatalities. The National Highway Traffic Safety Administration estimated that 749 lives could have been saved in 2017 had riders worn helmets. Maryland law stipulates that motorcycle riders must wear helmets that meet MVA standards and visors if their bike does not have a windshield.

The negligence of other drivers on the road is another significant contributing factor to motorcycle fatalities. Approximately 40% of fatal motorcycle crashes occur when another vehicle turns left in front of an unsuspecting motorcyclist.

What Types of Motorcycle Accidents are Frequently Litigated?

Left-turn accidents frequently result in serious injury and death for riders of motorcycles. 40% of fatal motorcycle accidents involve a left-turning vehicle. One common scenario is when a driver turns left off a two-way road without noticing an oncoming bike, causing the bike to collide with the side of their vehicle. This may also occur when drivers blow through stop signs or yellow lights.

“Around 40% of accidents involving motorcycles are caused by an inattentive left-turning vehicle.”

Failure to yield is another common cause of motorcycle accidents that involve other vehicles, and many left-turn accidents involve failure to yield. A car may, for example, make a right turn onto a roadway and fail to notice a motorcycle already traveling in the lane they are entering. These kinds of accidents happen because drivers are not paying careful attention to the road and fail to notice motorcycles, which are smaller and harder to see. In other words, these crashes are the result of negligence. In left-turn and failure to yield cases, it is usually relatively simple to determine who was at fault for the accident and to prove that the at-fault driver was not paying attention to what they were doing.

What is Unique About Motorcycle Personal Injury Claims?

With every accident case, it is imperative to establish who was at fault for the accident. This is especially important in Maryland because our state has a contributory negligence doctrine that means victims cannot be compensated by the court if they are found to be even 1% responsible for the accident. Fault is especially difficult in motorcycle personal injury claims because, given the small size of the vehicles and the stereotype about reckless motorcycle drivers, juries are not likely to favor riders. This makes what motorcycle accident lawyers do all the more important. Determining who is legally responsible for a traffic accident usually involves visiting the crash’s location, analyzing the location on Google Earth, and getting witness statements to corroborate a plaintiff’s testimony.

Additionally, motorcyclists are not treated fairly by insurance companies. There is a key insurance difference for motorcycle riders and attorneys in Maryland regarding Personal Injury Protection (PIP) insurance. PIP is additional insurance coverage on your policy that pays for your medical bills or lost wages if you are injured in a crash. The policy is usually between $2,500 and $10,000 and covers you even if the accident was your fault. Insurance companies are required to offer PIP to the drivers of most other vehicles however, they are permitted to withhold PIP coverage from motorcyclists based on Maryland Insurance Code § 19-505.

What is the Average Motorcycle Accident Lawsuit Worth?

An important question that accident victims want to know is what they can expect the value of their case to be. If another’s negligence caused you or a loved one to suffer serious or fatal injuries, you have the legal right to compensation.

Without first looking at the facts of your case, we cannot tell you how high of a settlement or verdict you might receive. A case’s value is determined by factors such as medical costs, financial losses, and non-economic damages like the victim’s pain and suffering or loss of enjoyment of life.

However, according to a study by Jury Verdict Research, the average motorcycle accident verdict nationally is approximately $560,000. The median verdict award is just over $70,000. The average is so much higher because it is driven up by a smaller number of high-value cases that involve very serious injuries or death.

Below are sample verdicts and settlements that have been won by motorcycle crash victims. While these cases serve as examples of how these cases are valued, remember that every case is unique and that yours may be worth more or less depending on the circumstances.

More information
Practice Areas
Client Reviews
★★★★★
They quite literally worked as hard as if not harder than the doctors to save our lives. Terry Waldron
★★★★★
Ron helped me find a clear path that ended with my foot healing and a settlement that was much more than I hope for. Aaron Johnson
★★★★★
Hopefully I won't need it again but if I do, I have definitely found my lawyer for life and I would definitely recommend this office to anyone! Bridget Stevens
★★★★★
The last case I referred to them settled for $1.2 million. John Selinger
★★★★★
I am so grateful that I was lucky to pick Miller & Zois. Maggie Lauer
★★★★★
The entire team from the intake Samantha to the lawyer himself (Ron Miller) has been really approachable. Suzette Allen
★★★★★
The case settled and I got a lot more money than I expected. Ron even fought to reduce how much I owed in medical bills so I could get an even larger settlement. Nchedo Idahosa
View More
Submit a Law Firm Client Review
Our Firm ›
Attorneys ›
Medical Malpractice ›
Personal Injury Practice ›
Communities Served ›
Injury Victim Help Center ›
Plaintiff Attorney Center ›
Insurance Company Insight ›