Maryland is one of forty-two states that have enacted statutes that give a hospital authority to obtain at least a partial reimbursement after treating a patient who does not have medical insurance that gets a settlement or verdict against the culpable party.

A Maryland hospital that provides medical services to an injury victim injured in an accident (not covered by the Maryland Workers' Compensation) has a lien on 50 percent of the tort recovery of the patient or her Estate in a wrongful death case.

Here is the statute on point:

The purpose of this Maryland law, ostensibly, is to allow the hospital to secure partial payment of the patient's medical bills while also giving the victim a chance to address other losses that incurred in the accident, including their own economic and pain and suffering losses. A court in another jurisdiction interpreting a similarly worded rule said the rule was intended to "avoid pauperizing the patient altogether." Well said. But patient's contractual liability for the balance of the bill is not extinguished by the lien. The hospital can still sue the victim for the balance of the bill owed that was not covered by the lien.

Are There Exceptions That Can Get You Around the Hospital's Lien?

This is a complicated question and there is a lot of misinformation on this topic. Maryland attorneys struggle with this because there is a fear that we cannot reconcile our moral and ethical obligations. Very smart lawyers disagree over what the attorney's obligation is in these cases.

But there is technically no lien under this law unless, under §16-602, the hospital records a lien with the county. This is easy enough. It literally costs $2 to record the lien under §16-603 because the lawmakers wanted to make it easy for hospitals to stake their claim. If the hospital perfects its lien, the obligation is clear that you must follow the letter and spirit of §16-601 and honor the lien.

But, for whatever reason, hospitals -- other than the University of Maryland Medical Center - rarely take this simple step to perfect their lien. So the question then becomes what is a Maryland lawyer's obligation to the hospital? There is a school of thought that if a victim gets a settlement based in part on treatment rendered at a Maryland hospital, the victim's lawyer becomes essentially a "trustee" for the benefit of the health care providers with respect to those bills. What if the client says, "Don't pay them, pay me?" Under this line of thinking, a lawyer has the obligation under this scenario to turn the disputed money over to the Circuit Court in that county and let the hospital and the client resolve the dispute.

The polar opposite school of thought is that if there is no perfected hospital lien, then a hospital bill is nothing special. Instead, it is just a general debt of the injured victim that she can choose to pay or not pay. So, according to this reasoning, unless there is a recorded hospital lien or an assignment and authorization, the hospital does not have a lien that must be honored by the victim just because it provided medical treatment that may be related to the case.

Which answer is correct? Under the former theory, a hospital automatically has a lien in any person injury case. That does not make sense, right? Because if that is the law, why did the state bother to create a statute in the first place that requires that the lien be recorded? That just does not make sense. 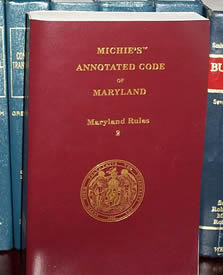 The whole "trustee" idea similarly does not make sense as it converts a personal injury lawyer into a debt collector. A victim does not have to make every debt obligation good out of her personal injury settlement. The victim might also be behind on his mortgage but no one would suggest that this debt must be satisfied. It is hard to fathom why a general debt such as an hospital bill without a recorded lien would be any different. So if you are getting the idea that we think the law should be that an unrecorded hospital lien is like any other lien, you would be correct.

What does Miller & Zois do in these cases? We encourage our clients to pay all of their outstanding medical bills out of a settlement. We also explain to them this issue. We have never -- knock on wood -- had a client ask if they could refuse to pay back the hospital when all is said and done.

The best way to get this "client wants to pay the bill" outcome is to get a lien reduction to make the client want to get the matter resolved and off her back forever. So if the Plaintiff's attorney can negotiate a resolution with the hospital before the case is settled, that is the cleanest outcome for everyone. We have had a lot of success reducing hospital liens to something far more manageable than the original obligation.

More Information on Medical Liens
Practice Areas
Client Reviews
★★★★★
They quite literally worked as hard as if not harder than the doctors to save our lives. Terry Waldron
★★★★★
Ron helped me find a clear path that ended with my foot healing and a settlement that was much more than I hope for. Aaron Johnson
★★★★★
Hopefully I won't need it again but if I do, I have definitely found my lawyer for life and I would definitely recommend this office to anyone! Bridget Stevens
★★★★★
The last case I referred to them settled for $1.2 million. John Selinger
★★★★★
I am so grateful that I was lucky to pick Miller & Zois. Maggie Lauer
★★★★★
The entire team from the intake Samantha to the lawyer himself (Ron Miller) has been really approachable. Suzette Allen
★★★★★
The case settled and I got a lot more money than I expected. Ron even fought to reduce how much I owed in medical bills so I could get an even larger settlement. Nchedo Idahosa
View More
Submit a Law Firm Client Review
Our Firm ›
Attorneys ›
Medical Malpractice ›
Personal Injury Practice ›
Communities Served ›
Injury Victim Help Center ›
Plaintiff Attorney Center ›
Insurance Company Insight ›