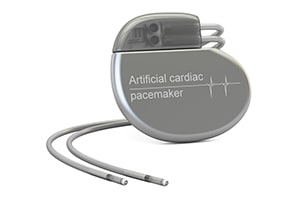 This wrongful death claim against Kaiser Permanente was filed in Baltimore City after a man's died when his bradycardia went undiagnosed. It was filed in Health Claims Arbitration on February 15, 2018, and it is the 77th medical malpractice case filed in Maryland this year.

A man was transported to the emergency room at Baltimore Washington Medical Center via ambulance after experiencing a syncopal episode (fainting caused by a sudden drop in blood pressure and heart rate). He had another episode in the emergency room, accompanied by an abnormally slow heart rate. Afterward, he was admitted to the hospital with a plan for heart pacemaker surgery.

The next day, the man was transferred to St. Agnes Hospital so that he could receive care from doctors backed by his health insurer, Kaiser Permanente. The Kaiser doctor concluded that the man's syncopal episodes were caused by sleep apnea rather than a heart defect, so he canceled the heart pacemaker surgery.

Obviously, this is a point that helps the plaintiffs' case. One hospital thought it was a good idea to perform the surgery. Kaiser made a different call. This actually happened to one of our clients this year. He was told he needed hand surgery and Kaiser did not agree. The other problem for Kaiser is that it is cheaper not to get heart surgery and chalk it up to sleep apnea.

Plaintiffs' malpractice lawyer will not need to make this point to the jury. They will figure out this possible motivation for themselves. Did economics drive the diagnosis in this case? Only the doctor would truly know the answer to that question.

Two and a half months later, the man collapsed at a work site and died. Plaintiffs' brought this lawsuit claiming his death was caused a breach of the standard of care that required the Kaiser doctor to properly identify and treat the plaintiff's condition with a pacemaker.

More Malpractice Claim Information
Practice Areas
Client Reviews
★★★★★
They quite literally worked as hard as if not harder than the doctors to save our lives. Terry Waldron
★★★★★
Ron helped me find a clear path that ended with my foot healing and a settlement that was much more than I hope for. Aaron Johnson
★★★★★
Hopefully I won't need it again but if I do, I have definitely found my lawyer for life and I would definitely recommend this office to anyone! Bridget Stevens
★★★★★
The last case I referred to them settled for $1.2 million. John Selinger
★★★★★
I am so grateful that I was lucky to pick Miller & Zois. Maggie Lauer
★★★★★
The entire team from the intake Samantha to the lawyer himself (Ron Miller) has been really approachable. Suzette Allen
★★★★★
The case settled and I got a lot more money than I expected. Ron even fought to reduce how much I owed in medical bills so I could get an even larger settlement. Nchedo Idahosa
View More
Submit a Law Firm Client Review
Our Firm ›
Attorneys ›
Medical Malpractice ›
Personal Injury Practice ›
Communities Served ›
Injury Victim Help Center ›
Plaintiff Attorney Center ›
Insurance Company Insight ›