This post will help you understand how epidural steroid injections impact the settlement compensation payouts in motor vehicle accident cases where the victim suffers a herniated or bulging disc.

A disc herniation is a type of disc injury that is frequently caused by car accidents.  The impact of a car accident often exerts significant force and pressure on the spine.  This pressure can cause a tear and rupture or bulge of the spinal discs, which act as pads or cushions for the spine.   Sometimes, the best treatment for this injury is epidural steroid injections.

Laura Zois and I tried the case. We got a $300,000 verdict. Our firm has handled these cases ever since.  We have earned millions in settlements and verdicts in herniated disc injury cases.

I originally wrote this page in 2018 but updated it in 2021 with more recent settlements and verdicts and new information on epidural steroid injections. I have learned from handling more of these cases. 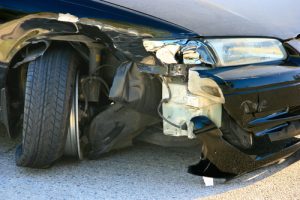 What Are the Treatment Options for a Herniated Disc?

So there is a food chain of increasingly intensive treatment when dealing with a herniated disc that goes something like this:

(2) Steroid Injections. If the initial conservative treatments are not successful, then the next level treatment option is often steroid injections. The steroids are injected into the spine to reduce swelling and alleviate pressure on the nerves caused by the disc herniation.

(3) Surgery. If both conservative treatment and steroid injections fail, the third level of treatment options for disc herniation is surgery.  Surgical treatment options range from minimally invasive procedures to open back surgery. 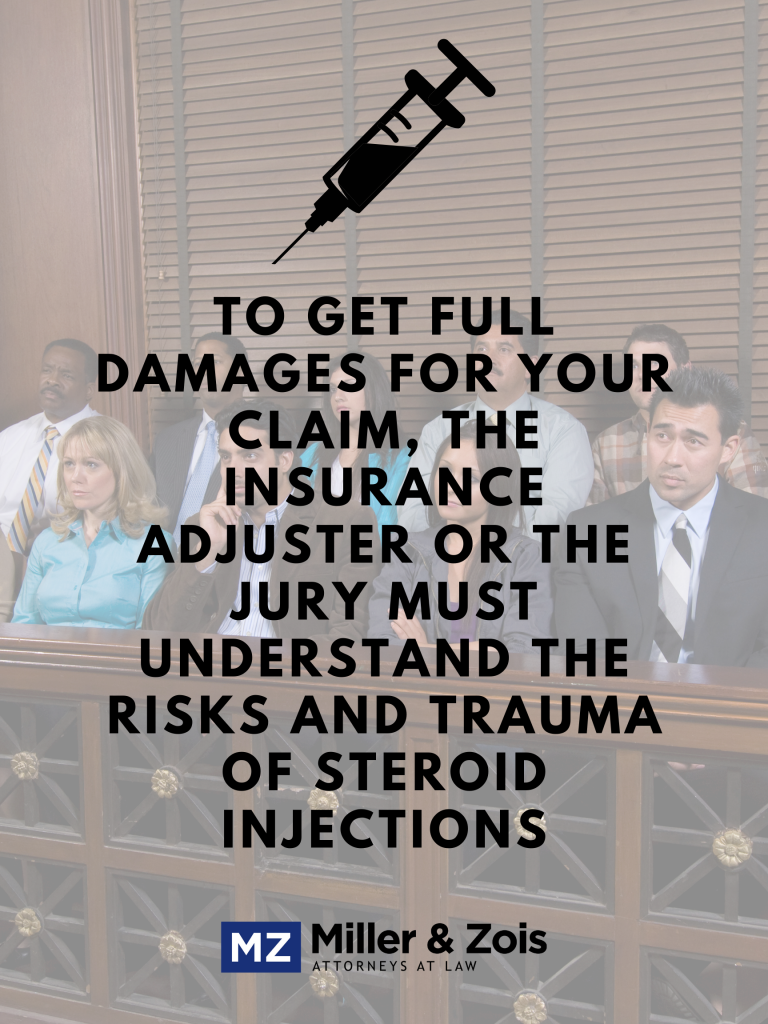 Many studies are showing the effectiveness of epidural steroid injections in treating low back and neck pain. Do they always work? No.

My Call with a Disc Injury Client

I was talking to a client last week who is receiving epidural steroid injections for a C3-C4 herniated disc after a rear-end car accident. She said that she wanted to get the case resolved, if possible, and get the surgery next year when she had fewer commitments.

Now, I don’t want my client to think I’m suggesting getting surgery to improve the value of her case. Because I’m not. But the reality is that if she will get the surgery, she should wait to resolve her case until after the surgery because I believe you could drive a truck through the difference between herniated disc injury cases that are treated with steroid injection and those that require surgery. Because while steroid epidural injections increase the value of a disc injury claim, getting surgery can have a multiplier effect on settlement value.

What is the Settlement Value of Steroid Injection Cases?

Please keep in mind these are not Miller & Zois cases, but cases we found through research. My need for clarity on this point will become clear in a moment.

Oh my goodness. It turns out that you can fit a lot more than a truck between a herniated disc surgery cases and one treated just with steroids.  I mean, I’ve asked a jury for more than these compensation payouts just for receiving the injections themselves. Have you seen those needles?

These verdicts are beyond awful. I want to say it is a small sampling size, but we found 10 herniated disc injury cases that were treated with steroid injections.  I can tell you emphatically, categorically, for-sureedly (new word I just made up for emphasis) that these are not representative of our results in these disc injury cases. Look at a few of the Miller & Zois verdicts on this list. I don’t think any of our cases here were surgery cases.

One final note… Another law firm has seen the traffic this post gets and wrote a similar post. One difference: they use the word average, as if average steroid injection settlement or verdict statistics exist.

Can I Call a Lawyer to Get an Estimated Settlement Amount for My Claim?

Our lawyers get calls almost every day asking for the expected settlement amount for their claim. I wish it was that easy. But you determine settlement value by reading the medical records, considering how the injury impacted the client, the jurisdiction, the insurance policies, the insurance company, and a host of other factors. If you call a lawyer to ask the settlement value of your case, you will get a useless answer.

In lawsuits alleging a disc injury, our lawyers used medical experts to discuss the patient’s injuries. Here are some of the key articles on the efficacy of steroid injections in disc injury cases before considering surgery and the risks the patients assume when getting injections, particularly as the number of injections increases.

If you or someone you know was recently in a car accident and may have a herniated disc or other injuries, contact our office at 1.800.553.8082 or submit a request for a free consultation.