Leg and arm amputation cases attract personal injury and malpractice lawyers in any jurisdiction, but particularly in states where there is a cap on noneconomic damages.

This is because there are great economic costs associated with artificial limbs and the injuries often impact the victim’s ability to earn a living. In most states, like Maryland, these costs are not subject to a law that imposes a cap on damages.

Life with a Limb

Fortunately, most of us do not have experience with what life is like living without a limb.  Our lawyers have seen what victims endure up close.  You can look at this day in the life video that our client has kindly allowed us to post. This will give you some ideas. But, really, it was one of those things you really can’t KNOW unless you are living it.

There are almost two million amputees living in the United States. People lose a limb as the result of an amputation, being the surgical removal of all or part of a bodily extremity which could include an arm, leg, foot, hand, toe, or finger. Tragically, amputation of the leg above or below the knee is the most common type of amputation. 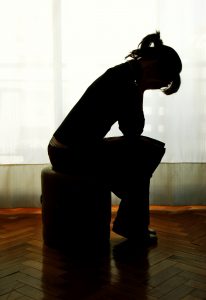 When it comes to losing a limb, there are several issues associated with it, including the effects it has on the person emotionally, physically, socially, and financially. Obviously, emotional effects occur on an individual basis and vary from person to person, but feelings of grief and loss are often seen in amputees. It is not uncommon for amputees to feel angry, depressed, helpless, and both isolated and disconnected from their surroundings.

Often, these emotions lead to a feeling that they lack control over their own lives and their emotions feel as if they are on a roller coaster. At times, they may experience sadness and despair, while at other times they may experience euphoric feelings of optimism for their future.

It is also very common for amputees to experience difficulty in concentrating after an amputation. As a result, amputees that use stress coping mechanisms that require concentration, like reading for example, often lose this solace in addition to everything else.

Believe it or not, the predominant cause of loss of limbs in the United States is a vascular disease — an estimated 54%.  Most of these patients have diabetes and peripheral arterial disease. When vascular disease requires amputation of an extremity, it is because there is very poor circulation due to severe damage or narrowing of the arteries.

As a result, the body’s cells cannot get sufficient oxygen and nutrients from the bloodstream as blood flow is inadequate. When this occurs, and either goes untreated and/or becomes untreatable, the tissue in the affected area of the body begins to die and causes infection. When in an extremity and antibiotics cannot clear the infection, amputation is often required to prevent the infection from spreading throughout your body and killing you.

The second most common reason for amputation is trauma where a severe injury from some type of accident, like a motor vehicle accident or serious burn, requires an amputation of an extremity. Physical trauma accounts for approximately 45% of amputations.

Following trauma, cancer holds the remaining 1%. With cancer, amputation may be necessary when there is a cancerous tumor in the bone or muscle of an extremity that is untreatable and inoperable. As a result, in order to save your life and prevent the cancer from spreading, amputation is necessary as a last resort.

How much does an amputation cost?

When it comes to amputations, in addition to all the severe emotional and psychological effects they cause, the financial costs can be staggering and overwhelming. A lot of times, amputees may not be able to work or continue in their prior line of work following an amputation. Additionally, changes in their homes are often needed to accommodate their new limited mobility.

Johns Hopkins Center for Injury Research and Policy recently estimated that the lifetime total cost for a typical amputation is $509,272.

This estimate includes the initial costs of hospitalization, follow-up hospitalization costs, inpatient rehab services, outpatient physician visits, occupational and physical therapy, and the prostheses costs. This estimate, however, does not include treatment of whatever the medical issue was that rendered amputation necessary. These medical issues bring about their own costs in addition to this estimate and can be quite substantial.

In the experience of our lawyers handling amputation cases, these numbers are low. Your suspicion might be that our lawyers want to inflate amputation costs and there is some truth to that, of course. But even the defense experts in the cases we have had would estimate more than $500,000 in costs for an amputation. 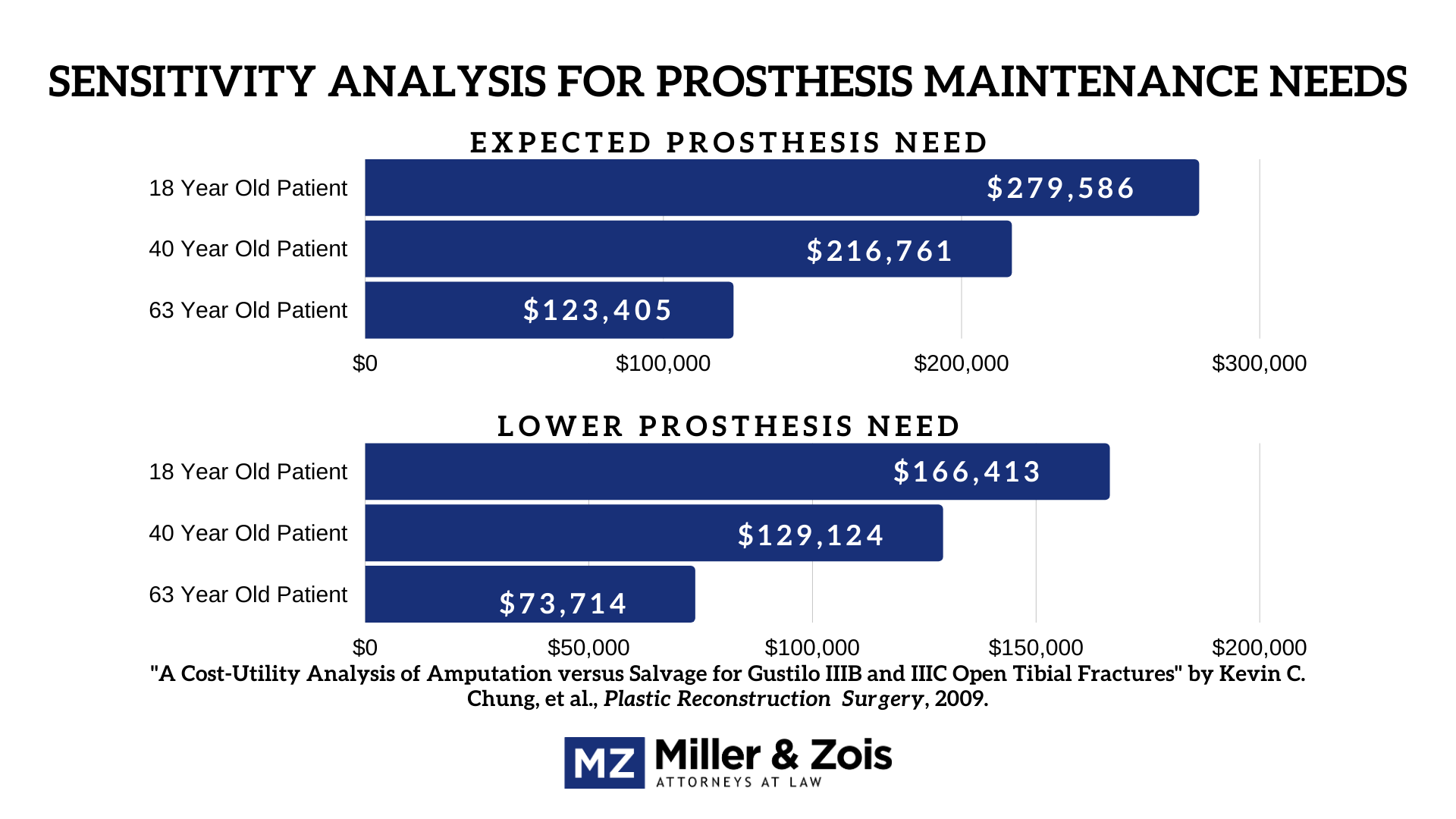 What about insurance for amputation victims?

For the ones who manage to keep their health insurance, the deductibles, co-payments, and payments for uncovered services can add up to substantial amounts of debt. Additionally, even for those who file for Social Security Disability benefits, the wait to receive those benefits often is roughly two years.

What about the cost of prosthetic limbs?

Prostheses limbs, in addition to everything else, are also very expensive and the various costs associated with getting and maintaining them can add up. For example, a new prosthetic leg may cost anywhere between $5,000 all the way to $50,000. The problem is, however, even the best prosthetic limbs only last between 3-5 years.

As a result, prostheses are not onetime expenditures and amputees are forced to spend thousands of dollars for new prostheses on a pretty regular basis. Usually, the majority of amputees will have a single prosthesis for the first year, but then due to changes in physique, fitting for the second prosthesis and then those thereafter will be required. On a positive note, after being fitted for the first prosthesis, most amputees will be able to walk on their own following 2-4 weeks of physical therapy. 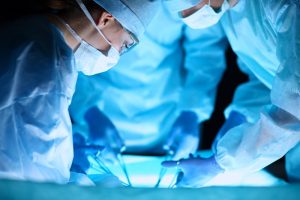 Unfortunately, amputation may also occur as a result of a medical mistake or medical malpractice. A physician could misdiagnose or fail to detect an infection that becomes so bad amputation is needed. It is rare, but surgeons could even make surgical mistakes that require amputation.

Summarized below are stories of jury verdicts and reported settlements from actual medical malpractice or injury cases in which the plaintiff suffered some sort of amputation.

If you or a loved one has suffered an injury resulting in an amputation, contact the experienced lawyers at Miller & Zois for help. We can review your medical records and help you determine whether you have a claim. Call us today at 800-553-8082 or request an online consultation.