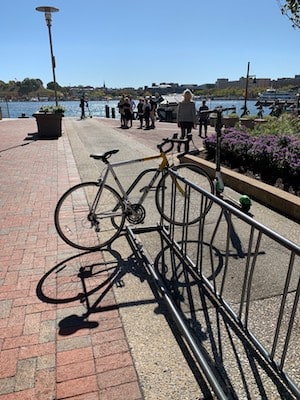 The Baltimore area has some of the best bike trails in Maryland. Gwynn Falls Trail, North Central Railroad Trail, and the Number Nine Trolley Line are just a few of the great trails we have. But many of us also ride on roads, either for pleasure or for transportation, in a busy city.

We have a lot of bicycle riders in Baltimore. Regrettably, we also have a fair share of bicycle crash injury cases in Baltimore. Too frequently, motorists, including trucks and buses, cause bicycle accidents by failing to share the road, forcing cyclists off the road or into a collision.

We all know the problem. Most motorists are on the lookout for other drivers and overlook smaller two-wheel vehicles.

Most of the injury cases that we see involve a motor vehicle that fails to yield the right of way, usually left hand turn cases at an intersection. The other type of bike accident case we see a lot is the passing motorist who simply misjudges the space needed to navigate around the bike.

Our law firm also sees a lot of bike accident cases where the injuries occurred that are specific to bike riders. We have handled dog attacks and defective road cases. Particularly in Baltimore City, there are a lot of "motorist opened his door right on the beastliest" cases.

Obviously, these cases can be very serious injury claims because because someone riding a bicycle stands little chance of coming out unscathed against a much larger and heavier motor vehicle.

How Dangerous Are Bicycle Accidents?

A huge driving force in serious injury and death cases is the lighting conditions. Almost 75% of serious bicycle/motor vehicle accidents occur between 5:00 p.m. and 11:59 p.m. when the sun is usually down and visibility is poor. 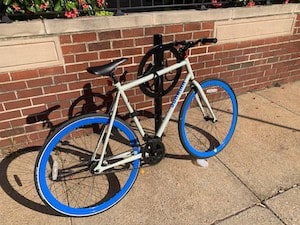 When the weather gets warm, Jonny and his 5th grade pals like to pedal around their Baltimore neighborhood. They always stay within earshot of their parents and also stay out of the middle of the road. Cruising on the sidewalk and next to the curb, the boys are safely enjoying the nice weather and getting a little exercise in while they are at it.

At the same time, however, Dale is racing up the street to pick up his friend. Dale is driving 50 mph in a 30 mph zone, because he is in a rush. As he cruises down residential streets blowing stop signs, he is totally oblivious to the team of 5th grade cyclers led by Jonny. As he turns around a bend, he clips the back of Jonny’s back, sending him face first into a concrete wall. Thankfully, Jonny comes out with only whiplash and some facial lacerations. He is taken to the hospital and released later that night.

Jonny has a claim against Dale for negligent driving. Dale failed to look or obey the rules of the road when he struck Jonny from behind. Jonny therefore can sue Dale and recover for his medical expenses and pain and suffering damges.

Below are a few sample bike accident cases in the Baltimore-Washington area. These tell you a little something about the settlement and trial value of these cases. But absorb this information keeping in mind that no two cases are alike and the outcome of one case does not mean that a very similar case will have the same result. Why? There are so many variables in looking at the value of a personal injury case. Many times the driving force behind why the jury found as they did is more complicated then what you find in a verdict summary. Sometimes the facts that drove the case are not properly understood even by the lawyers who tried the case.

With those caveats, here are some bicycle crash settlements and verdicts: 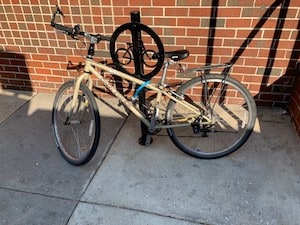 If you or one of your loved ones was involved in bicycle crash, contact Miller & Zois for a complimentary case evaluation. We have successfully filed lawsuits for a wide variety of motor vehicle accident cases, including bicycle/motor vehicle crashes. We are here to guide you through the legal process as we do everything in our power to achieve compensation for your ordeal. You can either call us at 800-553-8082 or get a free case evaluation online.