Lawyers on both sides of the aisle fail to take discovery deadlines seriously.  We do.

If you are going to be late in naming an expert, you had better have a very good reason or the court is going to strike that expert more often than not.  Below is a sample motion to exclude and expert because of a late expert designation.

IN THE CIRCUIT COURT FOR BALTIMORE COUNTY, MARYLAND

ESTATE OF JOHN SMITH by and through SUSAN SMITH, Personal Representative
Plaintiff,

PLAINTIFF’S EMERGENCY MOTION TO STRIKE THE NOTICE OF VIDEOTAPED DEPOSITION OF BOB JONES, M.D. AND TO STRIKE DR. JONES AS DEFENDANTS’ EXPERT WITNESS AND REQUEST FOR A HEARING

The Estate of John Smith, by Susan Smith, Personal Representative, and its attorneys, Miller & Zois, LLC, and move that the Notice of Videotaped Deposition of Bob Jones, M.D. be stricken and that Dr. Jones be stricken as Defendants’ expert and states as follows: 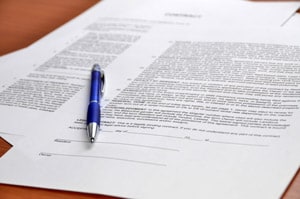 On July 3, 2018, Defendants filed a Notice to Take the Videotaped Deposition of Bob Jones, M.D. for use at Trial. Dr. Jones is an endocrinologist. See Exhibit 1. The Notice of Videotaped Deposition was filed because, for some unknown reason, Dr. Jones cannot appear live to testify at trial. Because Defendants never disclosed Dr. Jones as an expert witness and did not disclose to the Plaintiff what opinions the doctor has reached in this case and the factual basis for his opinions, which is in violation of the Scheduling Order, Dr. Jones should be stricken as an expert witness.

The court has the power to regulate discovery and address discovery violations.

Maryland Rule 2-504 grants the court power to issue scheduling orders to ensure that civil cases move efficiently through the litigation process. Although Rule 2-504 does not contain a provision for sanctions for a violation of a scheduling order, Maryland case law is clear that “The purpose of the scheduling order is to establish dates for the completion for discovery, for the filing of dispositive motions, and for the resolution for any other matter pertinent to the management of the case…. The courts have a right to insist on at least substantial, if not strict, compliance with their scheduling orders.” Tobin v. Marriott Hotels, 111 Md. App. 566, 572 (1996).

Defendants violated the Scheduling Order for the designation of expert witnesses resulting in prejudice to the Plaintiff.

The trial is scheduled to being on August 3, 2018. The Scheduling Order issued in this case on July 2, 2017 required the Defendants to identify their experts no later than 180 days before trial which was approximately February 4, 2015. See Exhibit 2. The Scheduling Order contains the following language: “12. The dates contained herein may not be extended by agreement of the parties unless expressly approved in writing by the Court for good cause.” Neither Defendant requested that the Court extend the deadline for the naming of defense experts. On February 4, 2015, the Defendants filed their expert witness designation. See Exhibit 3. Bob Jones, M.D. was not identified. At no time prior to the close of discovery did the Defendants ever inform the Plaintiff that they intended to call Bob Jones as an expert witness in this case.

Apparently, the Defendants want to elicit testimony from Dr. Jones that in the doctor’s opinion, Mr. Smith was “non-compliant” with his instructions regarding his diabetes, that his non-compliance resulted in his diabetes being poorly controlled, and the poorly controlled diabetes contributed to and/or caused the amputation of Mr. Smith’s leg. These are the exact opinions that the Defendants’ expert vascular surgeon Sam Johnson, M.D. gave during his discovery deposition on Thursday, July 16, 2018. The transcript of Dr. Johnson’s deposition is not yet available. The Defendants’ experts have already been provided with Dr. Jones’s medical chart wherein the incidents of “non-compliance” are apparently documented. They have already reached the opinion that John Smith’s “non-compliance” resulting in poorly controlled diabetes was the cause for the leg amputation and that nothing that defendant doctors did or did not do caused or contributed to the loss of Mr. Smith’s leg. The Defendants’ experts do not need an additional opinion from Dr. Jones in order to render their own opinions. The Defendants have not proffered why the yet undisclosed opinions of Dr. Jones are crucial to any defense they intend to raise or how the will be unfairly prejudiced by not being able to elicit expert testimony from Dr. Jones. Any factual information regarding the care and treatment provided to John Smith by Dr. Jones is already contained in the medical chart relied upon by the defendant’s experts. The Defendants also previously filed a Motion for Summary Judgment wherein they claimed that there were no factual disputes regarding Mr. Smith non-compliance with Dr. Jones’s instructions resulting in poorly controlled diabetes based upon the information contained in the medical chart.

When the Defendants have not one, two, but three expert medical witnesses who will render the same opinions, they do not need a fourth. Dr. Jones would ostensibly be the fourth doctor to render the opinion regarding Mr. Smith’s “non-compliance” with managing his diabetes.

On May 28, 2018, this Court precluded Dr. Benson from giving expert opinions against the defendant doctor. The Court struck Dr. Benson as an expert witness against defendant doctor even though Dr. Benson’s opinions against the doctor were the same as the opinions given by Plaintiff’s expert podiatrist and were actually disclosed to defendant doctor before Dr. Benson’s discovery deposition was taken. The court found that defendant doctor would be prejudiced by this late disclosure of expert opinions and held that “…Plaintiff’s notification that Dr. Benson would also opine as to the Defendant is the equivalent of designating an additional expert witness approximately five months after the deadline set forth in the Scheduling Order.” The Court also held that “Plaintiff’s late designation of Dr. Benson as to Defendants impeded Defendants’ ability to obtain discovery afforded to them under Maryland Rule, Rule 2-401.”

The discovery laws should be applied equally to all parties in this case. Plaintiff’s violation resulted in the exclusion of expert witness testimony— and so should the Defendants.

WHEREFORE: The Plaintiff respectfully requests that the Defendants’ Notice of Videotaped Deposition of Dr. Jones is stricken and that Dr. Jones be precluded from providing testimony at trial.