Valuing and Settling Your Workers’ Compensation Case I. Introduction 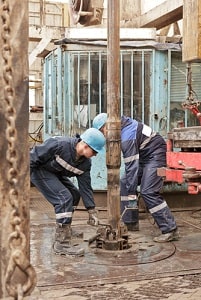 How to value and whether to settle your workers’ compensation case are two critically important questions that you will undoubtedly consider while recovering from your injuries. The answers to these questions of course to some extent depend on the specific facts of each case. But the value of your workers’ compensation case generally depends on what cash and medical benefits you have already received, and can also expect to receive or need in the future. After valuing your case, you must then decide whether to settle. This page includes some factors you should consider before deciding to do so.

You need an experienced attorney to help you value your case and decide whether to settle. That is especially true since you must find the answers to these questions at a time when all you want to do is focus on your recovery. The attorneys at Miller & Zois LLC can help you answer these questions so that you can concentrate on your recovery, and also receive the largest possible settlement.

The law specifies the duration of many different permanent partial disabilities (“scheduled injuries”), including the following:

All other permanent partial disabilities are considered “unscheduled.” In these “other cases,” the WCC determines the percentage of impairment. The maximum number of weeks of compensation is 500.

Injured workers are permanently totally disabled if they “can perform no service other than those which are so limited in quality, dependability, or quantity that a reasonably stable market for them does not exist.” The loss of both arms, eyes, feet, hands, or legs creates a presumption of permanent total disability, “absent conclusive proof to the contrary.” That presumption also applies to a combination of the loss of any two of the following: an arm, eye, foot, hand, and a leg. Injured workers who are permanently and totally disabled are entitled to two-thirds of their average weekly wage, up to a maximum of 100% of the state average weekly wage.

Injured workers are also entitled to medical benefits, which include the following:

As the WCC notes, “the entitlement to these services may continue indefinitely or for whatever period is required by the nature of the accidental injury, compensable hernia or occupational disease if there is evidence to establish that the need for these services is reasonable, necessary and causally related to the accidental injury or occupational disease.”

Medical benefits also include the obligation of the employer or its insurer to “repair or replace an artificial eye, limb, tooth or other prosthetic appliance or eyeglasses damaged or destroyed because of an accident during the course of employment.”

You also need to calculate the “present value” of your case. “Present value” is the amount that your employer or its insurer should pay now for all of your expected future expenses and costs, medical and otherwise. It is a discounted amount because its investment will eventually yield the total of any agreed upon settlement.

Assume that a 30-year-old worker earning $50,000 is injured. The injuries reduce the worker’s earning potential to $40,000. The injured worker also expected to retire at 62. Using these numbers, the injured worker has incurred a lifetime income loss of $320,000 ($10,000 x 32 years of expected future work). The question is therefore what amount of money must be paid now to produce $320,000 during the next 32 years. That is the “present value” of the case.

Maryland law also specifies that “when approved by the Commission, a final compromise and settlement agreement is binding on all of the parties to the agreement,” including the claimant, employer, and insurer. These are some of the most important factors you should consider before deciding whether to settle your case:

The MSP Act makes Medicare a secondary payer in workers’ compensation cases, which means that the cost of work-related injuries must first be paid by all other parties, including the claimant, employer, insurer, and any third party responsible for the injury. To ensure that Medicare’s interests are adequately protected, workers’ compensation insurers are required to report settlements that meet certain criteria and threshold amounts to the Centers for Medicare and Medicaid (CMS). “For settlements within the Medicare thresholds, CMS approval must be obtained BEFORE the Commission will approve the settlement.”

That includes settlements involving future medical expenses. As the WCC states: “[i]n some cases, protecting Medicare’s interests requires getting CMS approval of the amount allocated for future medical expenses (Medicare Set-Aside) in the settlement. CMS may impose harsh sanctions on claimants who do not obtain CMS approval of a settlement when required under CMS thresholds.” As the WCC notes, CMS can deny the claimant future medical care for their injuries, designate a different allocation, and sue to recover any payments.

Your attorney knows the current thresholds that trigger the MSP Act, and therefore require CMS approval. Not complying with the MSP Act could jeopardize your settlement. Even settlements that are outside the thresholds, must still “contain a statement that Medicare’s interests have been considered and identify the amount of the proposed settlement apportioned to future medical expenses.” That is why a proposed settlement that does not include an allocation for future medical expenses must be supported by documentation.

Stipulations are different than settlements. Stipulations do not end workers’ compensation cases or foreclose future benefits. They are simply an agreement in which the claimant, employer, and insurer agree about the degree to which the claimant is permanently partially disabled, as well as how much the claimant will receive, and for how long. All this information is included on the “Stipulation of Parties & Award of Compensation” form (click here) that the parties file with and for consideration by the WCC. But because stipulations involve disability determinations and therefore benefits, they must always be reviewed by an attorney.

You need to focus on your recovery. But you are also concerned about the future. Can I return to work? What are my future medical needs? How much will all of this cost? What is my case worth? Should I settle, and if so, for how much? The attorneys at Miller & Zois, LLC can help you answer these questions. We can value your case, and ensure that you receive a settlement that provides for your needs now and in the future. We can help you get the settlement you deserve.