What is Respondeat Superior? 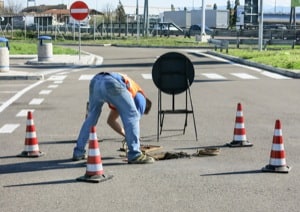 A "master" - a painfully archaic expression if there ever was one - is liable for the acts which his servant commits with the actual or apparent authority (reasonable people would think the servant had authority) of the master, or which the servant does within the scope of his employment, The master can also ratify the act with the knowledge of all the material facts.

If you are looking for the Latin proverb - is there a lawyer who does not like Latin? - that summarizes respondeat superior, it is "qui facit per alium facit per se" ("the act of the servant, done within the scope and in the exercise of his employment, is in law the act of the master himself").

The doctrine of respondeat superior is alive in different variations in all 50 states. In Maryland, and in most states, the first step in the determination of liability is whether an agency relationship exists. There are three requirements:

This test comes from the Second Restatement of Agency and is the test adopted by the Maryland court. 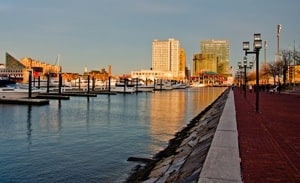 Every year, there are legal malpractice cases that stem from lawyers screwing up one fundamental principle: releasing the servant releases the master from liability. For example, you cannot settle with or release with prejudice a doctor and maintain a claim against the hospital for the actions of the doctor.

Under the doctrine of respondeat superior, a tort plaintiff may recover damages from an employer without having a judgment against the employee. This is key: in many cases, you would rather be fighting a giant, faceless hospital or trucking company than you would a nice truck driver or doctor.

Counsel must consider all four of these potential options in looking for additional insurance coverage or money to satisfy a settlement or verdict.

If you get in a car accident without someone who is on the job, vicarious liability is not going to be hard to demonstrate. If the employer In motor tort cases involving off-duty employees, the test for vicarious employer liability is somewhat more narrow than the general rule set forth above.

In Maryland, an employer is not vicariously liable for the damages from its employee's car crash while the employee is traveling to or from work on his own time and in his own vehicle unless the employer has "expressly or impliedly authorized the driver to use his own car in the execution of his employment obligations and the employee is in fact engaged in such endeavors at the time of the crash.

Can hospitals be liable for the doctors negligence when they are not employees of the hospital? The answer is maybe.

The Maryland high court tells us that a "hospital, like any ‘master’ or employer, is liable under agency principals for the negligence of its servants or employees.” However, “in the absence of statutory or contractual provisions to the contrary, a public or private entity is ordinarily not vicariously liable for, or obligated to pay expenses associated with, the tortious acts of those who are not its employees.”