Can You Bring Lawsuit If You Were Speeding? (Yes.)

Many victims are under the false belief that if it can be shown they were speeding, they cannot bring a personal injury claim after a car accident.  This is false.
Background on Speed as Contributory Negligence

What happens when more than one party is at fault for an accident? Most states use the more modern rule that the negligence of the parties will be compared, and the party that is most wrong pays but if the other is also to blame then there will be a deduction from the recovery for the amount of fault. This rule is called comparative negligence.

For example, if Driver A is insured with GEICO. Driver B is insured by Allstate. Driver B rear-ends Driver C. Driver A then rear-ends Driver B, causing a second impact with Driver C. The case goes to trial. The jury determines that Driver A is 70% at fault for Driver C’s injuries and Driver B is 20% at fault and Driver C was 10% at fault (let’s say because the testimony was that he was breaking because he briefly fell asleep while driving). If the jury found the Plaintiff should be compensated $100,000 for his injuries, GEICO would pay $70,000 for Driver A, Allstate would pay $20,000 for Driver B, and Driver C would “compensate himself” for the remaining $10,000 (essentially, no one pays him for the portion of the injury that was his fault). 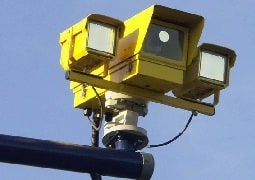 In Maryland, however, we adhere to an old common law rule we inherited from the British called contributory negligence. Abandoned in all but three states, the rule states that "any" negligence on the part of the plaintiff will completely bar a recovery. As applied to auto accident cases, it means that if a plaintiff contributed to the auto accident in any way, no matter how slight, he or she cannot recover money through the courts from other parties that may have been chiefly responsible, even if the plaintiff is only 1% at fault. In the above example, this means the Driver C gets nothing even though Driver A and Driver B caused 90% of his injuries. Of course, this patently unjust but there has been little inertia since 2001 in the Maryland legislature for reconsidering this archaic rule (State Treasurer Richard Dixon testified before the Maryland legislature that it would put additional “burdens” on Maryland's insurance system, ignoring the burdens placed on accident victims).  In 2013, the Maryland Court of Appeals specifically declined -- over a vigorous dissent -- to overturn contributory negligence.

Accordingly, when defending a personal injury lawsuit in Maryland, defense lawyers often seek to argue that the Plaintiff was contributorily negligent. The problem for defense lawyers is that most accidents are relatively cut and dry and the answer is black and white: someone is 100% at fault for the accident. But defense lawyers in personal injury cases fight to try to find something that a jury might believe, often trying to make as many arguments as they can, hoping that one argument will stick with the jury.

Naturally, one of the easiest things to argue is that the plaintiff was driving too fast and that speed of the plaintiff’s vehicle was a contributory cause of the car accident. Specifically, defense counsel often attempts to argue that this Plaintiff was driving at a speed such that he would not have been in that place had he been driving at the appropriate speed. The critical question Myers v. Bright is whether vehicle speed can be the proximate cause of a collision when the Plaintiff's car was where it was entitled to be and the driver would not have had sufficient time to avoid the collision had he been driving at a lawful speed.

In this case, Plaintiff was the injured driver in a car accident. The Plaintiff was driving in the right-hand southbound lane, which was for through traffic, on U.S. Route 11 in Hagerstown, Maryland. The lane to Plaintiff’s left was for vehicles turning left at an intersection further down the highway. On Plaintiff’s right was a Burger King restaurant that had an entrance onto the highway. The cars to her left stopped waiting to turn left at the intersection approximately 50 feet past the Burger King.

Driving northbound on Route 11, Defendant attempting to turn left into the Burger King. This maneuver required Defendant to cut through the line of vehicles in the left turn lane and then cross the southbound lane of traffic. Among the southbound vehicles waiting to turn left was a pickup truck just north of the Burger King entrance. The driver of the pickup truck motioned to Bright to go ahead and turn in front of him. The Defendant tried to turn left across both southbound lanes and into the Burger King's parking lot and hit Plaintiff's car. Plaintiff testified at trial that she saw Defendant’s vehicle emerging from in front of the pickup a split second before the crash. Plaintiff said that there was no way for her to avoid the accident.

Plaintiff filed a lawsuit against defendant driver.  Now retired Judge Frederick C.Wright in Washington County entered judgment for the plaintiff (Plaintiff prevailed as a matter of law) and the jury awarded her $30,000. The Maryland Court of Special Appeals, however, reversed Judge Wright's ruling. But the Maryland Court of Appeals disagreed and essentially reinstated Judge Wright's ruling that Defendant was negligent as a matter of law and Plaintiff was not contributorily negligent.

The opinion in Myers v. Bright was written by then Maryland Court of Appeals Judge Howard Chasanow. The opinion clearly articulates why speed rarely leads to a finding of contributory negligence. The court found that that the defendant, having failed to yield the right of way to plaintiff while making a left turn, was negligent as a matter of law and that Plaintiff's speed had not impeded her ability to avoid the auto accident. Finally, the court held that because there was no evidence that plaintiff's speed was a proximate cause of the car crash, she was not contributorily negligent for the accident. Judge Chasanow's opinion noted that the court does not condone speeding and recognizes that there are criminal penalties for violating Section 21-311 but that does not make the conduct a contributing cause of an accident.

The Take Home Message for Counsel

The take home message for Maryland personal injury attorneys is that you must vigorously fight efforts by defense lawyers in car accident cases who seek to confuse the court into giving this section of the Transportation Code as a contributory negligence instruction without a proper foundation that the plaintiff's speed was a proximate cause of the auto accident.

Typically, the defendant's argument that speed was a factor is purely speculation. The Myers court, however, ruled mere conjecture that the accident might have been caused by the alleged speeding is insufficient to send the case to the jury. Id. at 405. See also Dow v. L&R Properties, 144 Md. App. 67, 75 (2002) (lead paint causation opinion written by retired judge Marvin Smith affirming this principle even though the court found enough evidence to send the causation issue to the jury); Lyon v. Campbell, 120 Md. App. 412 (1997).

Accordingly, if your client's testimony is that it was "just a couple of seconds" between the time he discovered the car in his lane of traffic and the collision, you should be able to effectively argue to the court that there still is no credible evidence to support the conclusion that the car accident could have been avoided by your client.