Response to Doctor's Motion to Take Down YouTube Deposition Videos

This is a response to an interesting motion filed by a doctor who was upset that we put her videotaped deposition on YouTube.  You can find the deposition, our honest description of the case,  and a lot of comments about it - here.
We took this motion pretty seriously.  Defense lawyers don't understand what we are doing with these videos.  This has nothing to do with marketing our practice. We put these depositions up because they are extremely educational to both victims and lawyers.  We have been providing free educational materials for lawyers for over 15 years.  To be fair, we offered to put up the defense lawyer's motion if they send it to us in Microsoft Word.  So far, not response but that offer is still out there.
Our response is so long it requires two parts.  You can find Part 2 here.
IN THE CIRCUIT COURT FOR MONTGOMERY COUNTY, MARYLAND 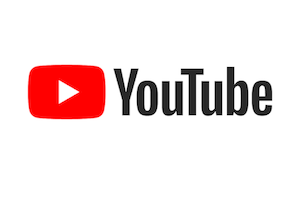 Given the nature of this motion, the facts of this case bear repeating. On or about March 31, 2015, Jonathan Valladares began having a constant headache, neck pain, and vomiting. On April 2, 2015, Jonathan's mother took him to International Pediatrics, P.A., where Jonathan was evaluated by nurse practitioner Christine Tanner. Nurse Tanner took a history of Jonathan's headache and performed a physical examination. Based on her findings, she sent Jonathan and his mother to the emergency room. She did not believe that Jonathan's headache was caused by an infection and wanted the emergency room to rule out a more serious cause of his headache.

At the Shady Grove Medical Center emergency room, Jonathan was first seen by a third-year resident, Gisella Valderrama. Dr. Valderrama also took a history of Jonathan's headaches and performed a physical examination. Based upon the results of the history (in particular a history of "chronic" headaches) and the physical exam, Dr. Valderrama determined that Jonathan was most likely suffering from a migraine. She administered pain medication and recommended discharge from the hospital. While in the emergency room, Jonathan also saw attending physician Suzanna Martin. Dr. Martin was Dr. Valderrama's supervising physician. She also performed a history and physical and reported that Jonathan had a history of chronic headaches and diagnosed him with headaches. At her deposition, she testified that she did not diagnose Jonathan with migraines. After receiving some pain medication, Jonathan was discharged from the emergency room.

Despite Defendants' murmurings to the contrary, Jonathan's prior medical records did not reveal a history of a diagnosis of migraines or chronic headaches, other than the ordinary headaches that any child might suffer from the common cold or flu. At trial, Plaintiff's argued that the Defendants should have investigated Jonathan's medical history and realized that the headaches he was suffering on April 2, 2015, were very different than the minor headaches he had associated with illness in the past.

On April 5, 2015, Jonathan's mother took him to the Shady Grove Medical Center emergency room where he was seen by physician Leslie Mitchell, M.D. Dr. Mitchell took a history of Jonathan's headaches and performed a physical. Based on the results of the history and physical, she determined that Jonathan was suffering from unspecified headaches. She administered pain medication, gave him a referral to a neurologist, and discharged him from the emergency room.

On April 6, 2015, Jonathan was seen by Melissa Longley at International Pediatrics, P.A. At that time Ms. Longley saw Jonathan, she took a history of Jonathan's headaches and performed a physical examination. She had access to Jonathan's prior medical records from International Pediatrics, P.A. that did not reveal a history of migraines or chronic headaches. Nevertheless, she diagnosed Jonathan with a status migrainosus (a longer-lasting form of migraine) and discharged him with a referral to a see a neurologist. At trial, she admitted that aneurysm and a brain bleed were in her differential diagnosis at the time she saw Jonathan on April 6, 2015. Nevertheless, she did not explain this fact or the urgency of being seen by a neurologist when she spoke with Jonathan's mother on April 6, 2015.

On April 8, 2015, Jonathan saw pediatric neurologist Sylvia Edelstein, M.D. Dr. Edelstein performed a history and physical and determined that Jonathan was suffering from either migraines or a life-threatening condition such as a brain tumor. As a result, she ordered a CT scan to investigate life-threatening causes of his headache. Even though Dr. Edelstein freely admitted that Jonathan's headaches were potentially caused by a life-threatening condition, she told his mother to wait several days prior to getting the CT scan. Approximately two (2) days later, Jonathan's brain aneurysm ruptured, causing his death.

This case was tried before a Montgomery County jury for eleven (11) days. After hearing all the evidence, the jury found that Defendants Melissa Longley, RPA-C and Sylvia Edelstein, M.D. breached the requirements of informed consent. The jury also found that Dr. Edelstein (the neurologist) breached the standard of care. The Plaintiff lost, however, because the jury also determined that even if Jonathan's aneurysm had been discovered earlier in time, it could not have been treated in time to save his life.

The Plaintiff feels compelled to rehash these details because Defendants and their attorneys insist on pretending as if the jury found there were no breaches of the standard of care or breaches of the informed consent requirements in this case, but that simply is not true.

Before discussing the video at issue in this case, it is worth going over the reasons it was posted on the internet. As much of the Maryland legal community knows, the law firm Miller & Zois, LLC, prides itself on providing one of the largest sources of legal educational materials to the general public, members of the legal community (both in state and out of state), as well as to law students. The materials are provided in a format that is easy to understand and readily accessible via the internet. One of the things that sets Miller &Zois, LLC apart from other firms are the practical examples of work from actual cases. So much of what is taught in law school is black letter law that the simple task filing a pleading or taking a deposition is often ignored. The purpose of Miller & Zois's internet content is to bridge the gap between legal theory and practical application. To that end, Miller & Zois posts on the internet example pleadings, discovery materials, trial testimony, correspondence, and depositions. On a weekly basis, Miller & Zois receives numerous phone calls and emails regarding these materials. Over the years, this internet content has assisted many pro se litigants to successfully navigate the legal system and handle their own case. It has helped numerous lawyers learn new strategies and fine-tune their practice. Law students have benefited because it shows them how to handle a case from beginning to end. It has also helped many members of the general public understand what is actually happening with their case.

Part of being a good lawyer is communicating with people. The lawyers at Miller & Zois believe it is their mission to communicate with as many people as possible to help them better understand the law. Creating and posting this internet content is no small task, but it is one that Miller & Zois has chosen to undertake in order to make the law accessible to everyone.

It is for these reasons that the entire videotaped deposition of the emergency room physician Suzanna Martin, M.D. was posted on YouTube on May 16, 2019. The YouTube video was: 1) not altered in any fashion from its original form, 2) does not mention Dr. Martin by name (except where mentioned in the deposition testimony) and, 3) contains a brief synopsis of the case below the video posting in order to provide context for the deposition. In particular, the synopsis to the video states the Plaintiff lost the case:

This case was tried in front of a jury in Montgomery County. After hearing all the evidence, the jury did not find that the emergency room physicians breached the standard of care. They did find the pediatric neurologist: 1) breached the standard of care in failing to order an emergency CT scan; and 2) breached the informed consent requirement. Unfortunately, the jury also found that even if a CT scan was performed it would be difficult to save the child's life given the size and location of the aneurysm. Therefore, the Plaintiff was unable to prove the causation necessary to receive an award of damages.

Our firm poured our hearts, efforts, and money into this case. And we lost. If you are plaintiffs' lawyer handling malpractice cases who has not lost cases, you are not trying many cases. But we did everything we could possibly do for this wonderful mother who graciously agreed to allow us to pus this video online to help others.

It is also worth noting that the Defendants' motion sweeps in very broad strokes. Not only are they asking for a protective order regarding Dr. Martin's videotaped deposition (the only one that was actually posted), the Defendants are asking the Court to prospectively prohibit the Plaintiff from posting on the internet all the other Defendants' videotaped depositions, regardless of any specific showing of prejudice and regardless of the specific content of the actual videotaped deposition posted. This broad-based restriction on the ability to disseminate valuable educational materials to the general public and engage in free speech runs afoul of the first amendment of the United States Constitution. It also fails to meet any of the requirements of the case law and Md. Rule 2-403 requirements regarding protective orders. With respect to Dr. Martin, the Defendants' Motion must be denied because the Defendants the motion for a protective order serves as a blanket gag order, post-trial, without any showing of specific harm to Dr. Martin. Such a broad restriction on dissemination of physician testimony is a violation of the First Amendment and the free speech and due process clauses of the Maryland Declaration of Rights.

For all of these reasons, Defendants' Motion must be denied.

III. ARGUMENT
Motion to Take Down YouTube Depositions Response
Practice Areas
Client Reviews
★★★★★
They quite literally worked as hard as if not harder than the doctors to save our lives. Terry Waldron
★★★★★
Ron helped me find a clear path that ended with my foot healing and a settlement that was much more than I hope for. Aaron Johnson
★★★★★
Hopefully I won't need it again but if I do, I have definitely found my lawyer for life and I would definitely recommend this office to anyone! Bridget Stevens
★★★★★
The last case I referred to them settled for $1.2 million. John Selinger
★★★★★
I am so grateful that I was lucky to pick Miller & Zois. Maggie Lauer
★★★★★
The entire team from the intake Samantha to the lawyer himself (Ron Miller) has been really approachable. Suzette Allen
★★★★★
The case settled and I got a lot more money than I expected. Ron even fought to reduce how much I owed in medical bills so I could get an even larger settlement. Nchedo Idahosa
View More
Submit a Law Firm Client Review
Our Firm ›
Attorneys ›
Medical Malpractice ›
Personal Injury Practice ›
Communities Served ›
Injury Victim Help Center ›
Plaintiff Attorney Center ›
Insurance Company Insight ›