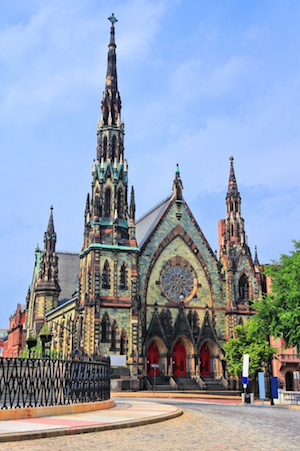 This is a sample of a Motion in Limine (a motion filed just before trial) that asks the court to narrow the scope of a defendant doctor's testimony at trial in a medical malpractice case. Specifically, this motion asks the court to preclude the defendant radiologist from commenting or relying on any radiology study when she testifies at trial. Defense experts and doctor defendants will often refuse to go out on a limb or qualify their answers in deposition testimony but they come back at trial and jump right out on that limb. Sure, you can bring this up on cross-examination but it is better just to keep the testimony out so as not to confuse the jury. These types of pre-trial motions are very typical in medical malpractice cases and are a good way of preemptively controlling the anticipated testimony of a medical expert witness at trial.

IN THE CIRCUIT COURT FOR MONTGOMERY COUNTY

This action pertains to the wrongful death of Richard Smith at Henderson Hospital on December 27, 2018. The precipitous act of medical negligence occurred on November 4, 2018, whereupon Anesthesiologist, Michael Pennington, M.D., placed an endotracheal tube into Mr. Smith's esophagus instead of his trachea after a surgical procedure. Mr. Smith was then transferred to the Post Anesthesia Care Unit at approximately 4:55 p.m. and he came under the care of a respiratory therapist, Thomas Hastings, and PACU Nurse, Farrah Frye. The endotracheal tube remained in Mr. Smith's esophagus, and due to the Defendants' continued negligence, and forty-three (43) minutes later, Mr. Smith went into cardiac arrest and "coded". As a result thereof, Mr. Smith suffered a permanent brain injury and died on December 27, 2018. Before Mr. Smith coded, a portable chest x-ray was taken in the PACU. Plaintiffs contend that the x-ray shows the endotracheal tube in the esophagus. Henderson and other Defendants contend that it does not.

Defendant Judy Jones, M.D. is a radiologist and was a treating healthcare provider of Richard Smith on or about November 4, 2018. On September 15, 2019, the deposition of Dr. Judy Jones was taken. During her deposition, Defendant Dr. Jones was asked questions regarding her ability to interpret radiology studies as well as her interpretation of Mr. Smith's November 4, 2018 radiology study. When asked to read a radiology image on the Plaintiffs' counsel's computer to determine how much time is needed for Dr. Jones to interpret a radiology image, Defendant Dr. Jones indicated that she could not give an accurate estimation. See Exhibit 1, Dr. Jones's Deposition Transcript Page 57-58, Lines 15-20, and 1-4. When asked why Dr. Jones needed a workstation and a reading environment to give an approximate number of minutes she would need to interpret Exhibit Number 4, Dr. Jones stated that when she is reading a study, any type of study, she is doing so in a specific environment, and in the artificial environment of a deposition, she does not feel that she can give an accurate estimation because she is not in that situation (emphasis added). Exhibit 1, Page 57, Line 6-14. Dr. Jones goes on to say, "when I am in a reading room, I have the lighting set as I would like. I have my monitors set up. I have my dictation system set up, and I am not interrupted by noises with typing. I am not interrupted with other people looking at me and asking me questions, generally speaking. I am focusing predominately on an examination, and that is the only thing on my mind, interpreting an examination. Sitting here, obviously, the situation is different. I have you asking me questions. There is noise from typing. This a very brightly lit room...so, therefore, that's why I say my mindset is different." Exhibit 1 Page 60 Line 15-20, Page 61 Line 1 -8.

Not only did Dr. Jones indicate that she was unable to accurately interpret a radiology study within an atmosphere outside of the workstation, but she also went on to indicate that she could not accurately interpret a radiology study for a patient outside the course of treatment. Plaintiffs' counsel specifically asked if "we were at your workstation and we had this - and you had this image up on your workstation, that you could not accurately interpret what you see on the image based upon the bias that you explained here today? Exhibit 1, Page 128 line 4-9. Dr. Jones responded, stating "I could give you an interpretation, but in no ways would that be replicative, nor accurate of a patient during a course of treatment… this would be fraught with hindsight bias. This would be fraught with-this would be fraught with a lot of bias. So could I give you an interpretation? Yes. Would it necessarily be a reliable or accurate interpretation or one that would be reasonable in a course of clinical care? Not necessarily. Exhibit 1, Page 128, line 18-22 and Page 129 line 1-8.

WHEREFORE, for all of the foregoing reasons, Plaintiff respectfully requests this Honorable Court grant her Motion In Limine.

Related Motions and Resources
Practice Areas
Client Reviews
★★★★★
They quite literally worked as hard as if not harder than the doctors to save our lives. Terry Waldron
★★★★★
Ron helped me find a clear path that ended with my foot healing and a settlement that was much more than I hope for. Aaron Johnson
★★★★★
Hopefully I won't need it again but if I do, I have definitely found my lawyer for life and I would definitely recommend this office to anyone! Bridget Stevens
★★★★★
The last case I referred to them settled for $1.2 million. John Selinger
★★★★★
I am so grateful that I was lucky to pick Miller & Zois. Maggie Lauer
★★★★★
The entire team from the intake Samantha to the lawyer himself (Ron Miller) has been really approachable. Suzette Allen
★★★★★
The case settled and I got a lot more money than I expected. Ron even fought to reduce how much I owed in medical bills so I could get an even larger settlement. Nchedo Idahosa
View More
Submit a Law Firm Client Review
Our Firm ›
Attorneys ›
Medical Malpractice ›
Personal Injury Practice ›
Communities Served ›
Injury Victim Help Center ›
Plaintiff Attorney Center ›
Insurance Company Insight ›