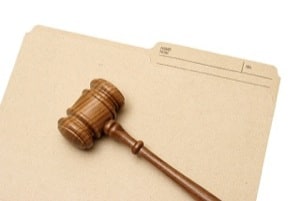 Below is a sample opposition to a motion in limine in a case where the hospital tried unsuccessfully to exclude our ability to put on medical video animation that depicted how the victim died as a result of the hospital's malpractice. The video was permitted and the jury ultimately awarded the victim's family $10 million.

Plaintiffs' attorney are increasing using technology to better educate jurors on the how the victim as harmed. Because educating juries tends to help us, defense lawyer have been trying to develop new tactics and strategies to prevent us for providing this education. It is important that we not only keep coming up with new ways to provide information about our case to jurors but to also stop defense efforts to impede us.

CYNTHIA TAYLOR, Individually, and as Personal Representative of the Estate of Dennis Taylor, et al.

Plaintiffs, by and through their attorneys, Miller & Zois, LLC, files this Opposition to the Defendants’ Motion in Limine to exclude the Plaintiffs’ video and in support thereof states as follows:

Defendants have moved to exclude the Plaintiffs’ medical video animation. However, the Defendants have misunderstood the purpose of the video animation and have misrepresented what it actual illustrates. The amination is simply a depiction of the Kayexalate/Sorbitol mixture being ingested by Mr. Taylor on March 18, 2013 and traveling through his body. It also depicts how the mixture removed potassium from Mr. Taylor’s body and demonstrates the destruction of his colon which was surgically removed from his body on March 19, 2013. It does not depict, as Defendants claim, that the Kayexalate crystals destroyed Mr. Taylor’s colon; it shows the presence of the crystals in the tissue of the colon.

The Defendant claims that no one can provide testimony that Kayexalate, with sorbitol, actually caused Mr. Taylor’s intestinal necrosis; therefore, the Plaintiffs should be precluded from using the video animation which depicts the destruction of Mr. Taylor’s colon after he drank the Kayexalate. However, the Defendants have admitted through their own published Hyperkalemia Guidelines that the major complications from Kayexalate with Sorbitol are “intestinal necrosis and bowel perforation” which is exactly what is depicted in the animation. See Ex 1. The Defendants own pharmacist, David Bates, testified that it is the Sorbitol in the mixture which causes the intestinal ischemia. Pharmacist Bates said, “The sorbitol level, the sorbitol part is the one that can cause ischemia after the bowel obstruction.” See Ex. 2 at page 28.

The evidentiary foundation necessary in order for the Plaintiffs to use this exhibit is simply that “[T]he evidence is ‘sufficient to support a finding that the matter in question is what its proponent claims.’” Washington v. State, 406 Md. 642(2008). Under Washington v. State, the Plaintiffs must produce some evidence that the animation in this case fairly and accurate depicts the destruction of Mr. Taylor’s colon after he ingested the Kayexalate/Sorbitol mixture.

The amination is simply a collection of moving pictures. “Typically, photographs are admissible to illustrate the testimony of a when the witness testifies from first-hand knowledge that the photographs fairly and accurately represents the object it purports to delict….” Dept. of Safety v. Cole, 342 Md. 12. The same requirement applies to videotape evidence because a ‘videotape is considered a photograph for admissibility purposes. It is admissible in evidence and is subject to the same general rules of admissibility as a photograph. See Washington v. State at.

Based upon the affidavit of Dr Evans that is attached hereto and incorporated by reference as Exhibit 2, the Plaintiffs have met their evidentiary burden for the admission of this animation. Dr. Evans will offer additional opinions at trial that explain in great detail the factual basis for his opinion that the Sorbitol contained in the Kayexalate caused the destruction of Mr. Taylor’s colon. See Ex 3, Deposition of Dr. Evans.

WHEREFORE: The Plaintiffs will be able to supply the testimony necessary to establish the evidentiary foundation required for the admission of the demonstrative medical animation into evidence.

CERTIFICATE OF GOOD-FAITH ATTEMPTS TO RESOLVE THE DISCOVERY DISPUTE

Undersigned counsel hereby affirms that he sent Defendant’s counsel emails on August 24, 2016 and on August 25, 2016 explaining why the two documents which UBMC produced did not comply with the Court Order. Undersigned counsel requested copies of all drop down and scroll across boxes and offered to travel to the Hospital in order for UBMC to produce these items in the presence of a UBMC Representative. As of this date, UBMC has refused to produce the documents ordered by this Court and the parties are unable to resolve this dispute and require court intervention.

REQUEST FOR A HEARING

Plaintiffs respectfully request an emergency hearing on this matter.

I HEREBY CERTIFY that on this 29th day of August 2016, a copy of the foregoing Plaintiffs’ Motion to Compel and Motion for Sanctions and Request for a Hearing was sent via electronic delivery and first-class mail, postage prepaid, to:

IN THE CIRCUIT COURT FOR BALTIMORE CITY
Civil Division

CYNTHIA TAYLOR, Individually, and as P.R. of the Estate of Dennis Taylor, et al.

More Malpractice Trial Preparation Materials
Practice Areas
Client Reviews
★★★★★
They quite literally worked as hard as if not harder than the doctors to save our lives. Terry Waldron
★★★★★
Ron helped me find a clear path that ended with my foot healing and a settlement that was much more than I hope for. Aaron Johnson
★★★★★
Hopefully I won't need it again but if I do, I have definitely found my lawyer for life and I would definitely recommend this office to anyone! Bridget Stevens
★★★★★
The last case I referred to them settled for $1.2 million. John Selinger
★★★★★
I am so grateful that I was lucky to pick Miller & Zois. Maggie Lauer
★★★★★
The entire team from the intake Samantha to the lawyer himself (Ron Miller) has been really approachable. Suzette Allen
★★★★★
The case settled and I got a lot more money than I expected. Ron even fought to reduce how much I owed in medical bills so I could get an even larger settlement. Nchedo Idahosa
View More
Submit a Law Firm Client Review
Our Firm ›
Attorneys ›
Medical Malpractice ›
Personal Injury Practice ›
Communities Served ›
Injury Victim Help Center ›
Plaintiff Attorney Center ›
Insurance Company Insight ›