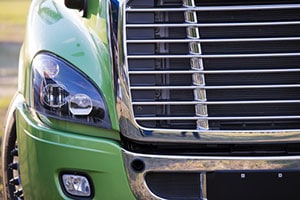 Although Cowan ranks only 64th in total annual mileage when compared to national trucking companies, Cowan is a major regional player with a fleet of 1,937 vehicles servicing Maryland and the Mid-Atlantic. Consequently, Cowan's national crash statistics seem insignificant enough to ignore. Cowan tractor-trailers were only involved in 337 crashes since 2012, compared with the thousands of annual crashes caused by larger carriers such as UPS, FedEx, or Swift. But on a regional scale, Cowan's crash statistics appear more alarming. Cowan has caused 49 accidents in Maryland since 2012, and caused 20 injuries and one death in the months of March and April 2017 alone.

Though Cowan tractor-trailers have caused their fair share of collisions in the Mid-Atlantic, Cowan is not necessarily a bad company. All trucking companies, and smaller regional carriers in particular, are subject to mounting stresses as expectations for quick deliveries continue to rise. In an employment review, one Cowan driver said he "constantly felt apprehensive due to what was encouraged," and "couldn't trust management." Again, it sounds bad, but many motor carriers have similar reviews. In a world where online and in-store deliveries must arrive just two days after the order, trucking companies are burdened with incredibly high expectations. It's inevitable that a few managers, responsible for encouraging drivers to make such fast deliveries, would cut corners to meet their quotas. The drivers then, pressured by their managers, might choose to drive through their mandated sleep time, or worse, they might abuse drugs in order to keep themselves awake. These cases are the exception; most drivers are responsible and well-trained. But it only takes one bad driver to cause an accident. If Cowan hired a negligent driver, then Cowan is responsible for the pain, harm, and losses resulting from those accidents.

Why Cowan Accident Cases Have a Higher Settlement Value

In truck accident cases, the real conflict is regarding the settlement value of the injuries. Most of the time there isn't a significant liability dispute; no one is questioning who was at fault for the accident or responsible for the damages. This means that the defendant should be of no consequence to the jury, who should focus instead on determining the appropriate amount of money damages the victim needs to become healthy and whole again. But in reality, the defendant makes a big difference. It's understandable that a jury would feel empathetic toward a schoolteacher or a kind-looking grandmother, and in such cases the jury tends to award lesser damages. Conversely, few juries feel any sympathy toward Cowan, even if they appreciate Cowan's services or respect the company. Because juries know that Cowan is a big company with insurance and deep pockets, the trial value of a personal injury claim is often higher against Cowan, and this higher trial value leads to a higher settlement value.

What Else is Different About a Claim Against Cowan? 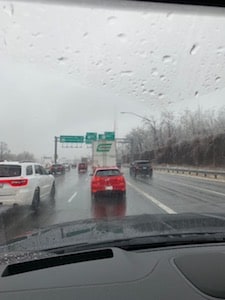 Not all attorneys, even ones who regularly handle car accident cases, are qualified to handle a truck accident case against Cowan. Unlike the average car collision, there are many tools available in tractor-trailer accidents that can help to determine how the accident occurred. These tools require a specialized knowledge of the state and federal regulations that apply strictly to motor carriers, and of a truck's data storage equipment. The electronics that are required to be kept onboard most tractor-trailers can provide information about the speed, airbag deployment, braking, and a host of other data points from the time of a crash. This information is often instrumental in truck accident cases, if your attorney knows how to use it.

Sample Settlements and Verdicts Against Cowan

On our website, truck accident victims can find a number of tools to help ascertain the potential settlement value of their claim. For many different variables, including the type of accident, or even more telling, the type of injury, we provide statistics for the average trial or settlement value. We have also listed below several samples of settlements involving Cowan. Although these examples may be limited in their ability to predict the settlement value of a future case, they can give you a feel for how settlement value can depend on jurisdiction, severity of injuries, and economic loss.

The take-home lesson is clear, right? Cowan is not letting many cases go to trial.

What is the Average Settlement Value for Cowan Systems Truck Accident Cases?

Do Cowan Systems Truck Drivers Have a Good Accident Rate?

Cowan Systems drivers have an average accident rate per mile compared to other commercial trucking companies of similar size. Cowan is a regional company so most of its vehicle accidents occur in the Mid-Atlantic states.

Most truck drivers for Cowan Systems are independent owner-operators and not company employees. This has significance in truck accident cases because if the driver is not an employee of the company, he may have his own separate insurance and Cowan may not have direct liability.

What Maryland Defense Counsel Does Cowan Systems Use?

Our law firm is based in Maryland. Most of the truck collision cases we handle are in the Baltimore-Washington area, but we handle significant injury cases throughout the entire country. If you have been harmed in an accident with a Cowan truck and want to consider a lawsuit or a claim for an out-of-court settlement, call one of our lawyers at 800-553-8082 or click here for a free no obligation Internet consultation.