If you have suffered a serious ear injury because of the negligence of someone else, you want to know the potential settlement amount of our case.

This page helps you better understand the range of potential settlement compensation payouts for your ear injury claim.

The ear is a complicated instrument, responsible for a variety of different functions in the body. Injuries that affect the outer, middle, or inner ear could result in vastly different symptoms. These injuries include hearing loss, dizziness, or increased sensitivity to sound. In cases that involve an ear injury, it’s important to get specific.

There is no one-size-fits-all estimation for the value of an ear injury claim.  So we have to take the symptoms, type of injury, severity, available treatments, recovery potential, and mechanism of injury into consideration for each and every individual case.

With that in mind, this article will explore the different types of ear injuries that could arise from an auto accident or another traumatic event, and provide examples of trial verdicts and settlements for cases involving ear injuries.

In addition to the type and severity of the ear damage, these sample cases will give you a sense of how to claim value can also vary based on jurisdiction, the severity of any additional injuries, and a multitude of other factors. A larger hole or tear in the eardrum often coincides with a greater hearing loss.

Most of the time, the hearing loss is temporary and will subside after the eardrum heals on its own. Sometimes, in severe cases, doctors will place a medicated bandage over the perforation to help it heal, or surgically patch the tear.

In cases where scar tissue forms over the eardrum, hearing impairment may be permanent. The following verdicts and settlements are examples of what to expect from a middle ear injury or perforated eardrum claim resulting from an auto accident.

The peripheral vestibular system, located in the inner ear, helps the brain and body understand how to move in relation to gravity.

The inner ears are essentially a system of fluid-filled chambers. These chambers are often referred to as a “labyrinth.” They help regulate balance, head movement, and eye motion. Injuries to the inner ear, therefore, can cause vertigo, dizziness, unsteadiness, unclear vision, or neck pain.

The temporal bone, the firmest bone in the body, surrounds and protects the sensitive mechanisms within the inner ear. Inner ear balance can start to decline with age, but for the most part, it takes a serious traumatic injury to break the temporal bone and affect the inner ear.

In the event of any kind of head trauma, including a car crash or a sports injury, patients should be monitored for the symptoms of inner ear damage. The inner ear also includes the cochlea, a highly sensitive organ for hearing.

After sound vibrates through the eardrum and the three middle ear bones, it passes along into the spiral-shaped cochlea. This causes the tiny hairs lining the cochlea to move. The hair cells turn this movement into chemical signals for the hearing nerve. The cochlea, just like the peripheral vestibular system, can be injured from head trauma.

But in addition, the tiny hairs in the cochlea can be damaged and flattened by a sudden loud noise. Noise trauma can cause increased sensitivity to sound, hearing loss, or tinnitus (ringing in the ear). The verdicts and settlement below highlight several examples of inner ear damage in car accident claims, including damage to the peripheral vestibular system and to the cochlea. 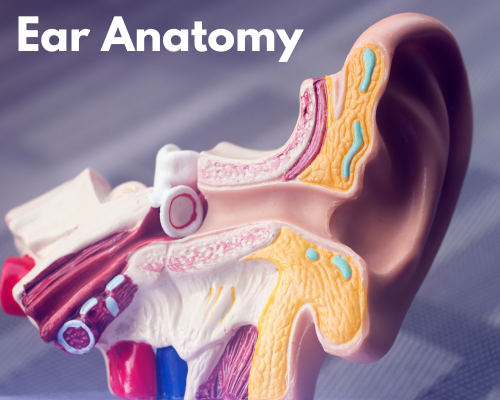 The temporomandibular joint (TMJ) connects the jawbone to the skull, acting like a sliding hinge between the mandible and the temporal bone. Temporomandibular joint disorders (TMD) are primarily considered to cause jaw pain. But because of its close proximity to the inner ear, TMJ dysfunction can also cause hearing impairment or balance issues.

The pain or jaw tenderness, difficulty chewing, or locking of the joint that are characteristic of TMD can be caused by a variety of naturally occurring factors, such as disc erosion, arthritis, or chronic teeth clenching, but up to 99 percent of TMD cases involve some kind of injury. The type of head trauma that occurs during a car accident often results in TMD.

Whiplash, in particular, can cause TMD by stretching or tearing muscles connected to the TMJ. When whiplash occurs, the jaw is yanked open as the head is thrown back, and then the jaw snaps shut when the head is thrown forward. This violent and sudden motion can damage soft tissue in and around the TMJ, which causes the TMJ to swell and impact the inner ear.

As many as 87 percent of people who suffer whiplash injure their TMJ and are therefore at risk for ear damage. Even though TMJ is such a prevalent side-effect of whiplash, and ear injuries are a common complication of TMD, whiplash victims’ complaints of dizziness or hearing impairment often go unreported, untreated, and unconnected to their TMD.

In the most serious auto accidents with severe head injuries, TMD and ear injuries are often correlated because the same blow can cause both.

Because the TMJ is located right under the inner ear structures, an impact that breaks the jaw or misaligns the TMJ could easily have enough force to break the temporal bone and damage the inner ear.

The following examples of auto accident verdicts and settlements can help paint a picture of how the value of a TMD-related ear injury claim can vary based on the other injuries sustained by the car crash victim.

Below are examples of ear and hearing injury settlements and verdicts. 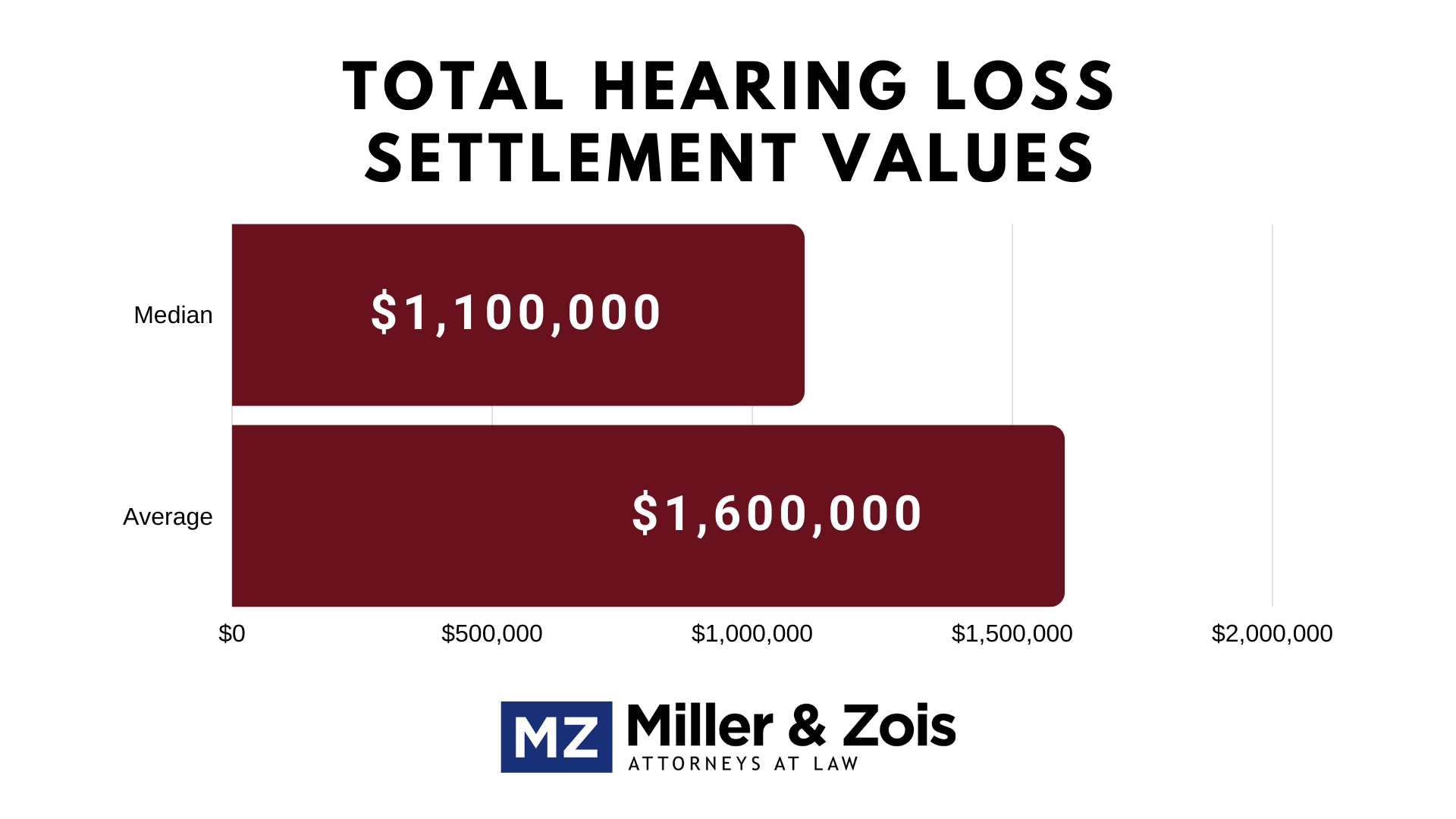 Hiring a Lawyer to Fight Your Injury Claim

If you have cosmetic auricle damage, tinnitus, a perforated eardrum, labyrinthine vertigo, TMD-related ear damage, or any other type of ear injury, you need the best possible lawyer to help you get what you deserve.

Settlement amounts for ear injury cases vary wildly. This is sometimes because of the quality of the victim’s legal counsel. We have handled many of these cases, and we know how to fight to get as much compensation for ear injury victims as we possibly can. Call our Baltimore-based law firm at 800-553-8082 or get a free claim evaluation online.

What is a vestibular ear injury?

A vestibular injury occurs when the vestibulocochlear nerve in the inner ear becomes swollen which distorts the way sound information is transmitted to the brain.  Our lawyers see many vestibular injuries after car accidents. Our clients often have acute dizziness, vertigo, and disorientation. Vestibular injuries are generally caused by viral infections.

Tinnitus is a condition in which a person experiences continuous ringing (or other type of noise) in their ears. Tinnitus is most often caused by ear damage from exposure to extremely loud noise levels. However, it can also be the result of other health conditions including heart disease, ear infections, and thyroid abnormalities.

Vertigo is a condition in which a person experiences severe dizziness and physical disorientation. Auditory vertigo is a type of vertigo that is caused by persistent ringing or tinnitus in the ears.

Car accident settlements for vertigo vary with the severity and the length of the condition.