You are injured, intentionally or unintentionally, by the actions of a minor.  The question is, can you file a lawsuit against that minor in Maryland?

The legal concept of “minority” is something that we all understand on a basic level. Children or “minors” (anyone under the age of 18) don’t have the same legal standing or capacity as adults. The underlying reason for this is simple: children don’t have the maturity and mental competence as an adult so we don’t hold them to the same level of accountability.

But what happens if you get seriously injured by the negligent or intentional actions of a minor? What if a 16-year-old driver runs a red light and puts you in a wheelchair for life? Can you sue a minor for negligence and get financial compensation? What if a 9th grader runs over a little old lady on his skateboard and breaks her hip? Does the little old lady have any legal recourse?

The answers to these questions depend on the type of accident involved. As a general rule, however, minors can be liable for torts the same as adults. Unlike other areas of the law (e.g., contracts), tort law does not automatically treat minors with any special status.

We can start by looking at the tort liability of minors in auto accident cases. This is by far the most common situation in which the question of minors and tort liability is going to arise. Let’s use the following hypothetical example:

Seventeen-year-old Molly is driving home from school in a car owned and insured by her parents. Molly is busy posting a selfie on social media (while driving) and she ends up running straight through a red light without stopping. She slams into the side of John’s car and he ends up with a broken arm, fractured ribs, and a ruptured spleen.

In this situation Morgan was clearly negligent and at-fault for the accident, but can John sue Morgan even though she is a minor? The answer is definitely yes. Under Maryland law, minors can be held liable and sued for negligence in auto tort cases. Even though Morgan is not an adult, in this situation she is held to the same standard of care as any other licensed driver.

Of course, getting a judgment against a 17-year-old won’t be worth much. What really matters is whether the accident will be covered by insurance. Morgan is legally required to have auto liability insurance just like any adult driver would be. Morgan was driving a car owned by her parents, so she should be listed as an additional insured driver under her parent’s auto insurance policy.

Even if Morgan is not named as a driver, her parent’s insurance policy will still probably cover the accident. Auto insurance policies typically cover accidents if the driver had permission from the named insured to use the car. In our scenario, Morgan is driving home from school, so she presumably was driving the car with her parent’s permission.

Parent Liability for Other Types of Negligence by Minor Children?

Now let’s look at the other scenario we mentioned above-involving liability for negligence not involving an auto accident:

14-year-old Chase is ripping it up on his skateboard in the driveway, while also texting away on his phone. A little old lady who lives down the street comes walking by and Chase runs her over. She hits the concrete and shatters her hip.

Can the little old lay sue Chase for negligence? Can she hold Chase’s parents liable for his negligent skateboarding? Will she get any compensation?

In this scenario, the little old lady can sue Chase for negligently running her over on his skateboard. Chase does not have tort immunity because he is a minor. Chase is just a 14-year-old skateboarder. He has no money or assets. But if Chase’s parents have homeowner’s or renter’s insurance, those policies will likely cover this accident even though it happened away from Chase’s home.  These insurance policies are written to protect the insured from tort liability in and out of the home.   This means that the little old lady’s claim will most likely be covered by the homeowner’s insurance. 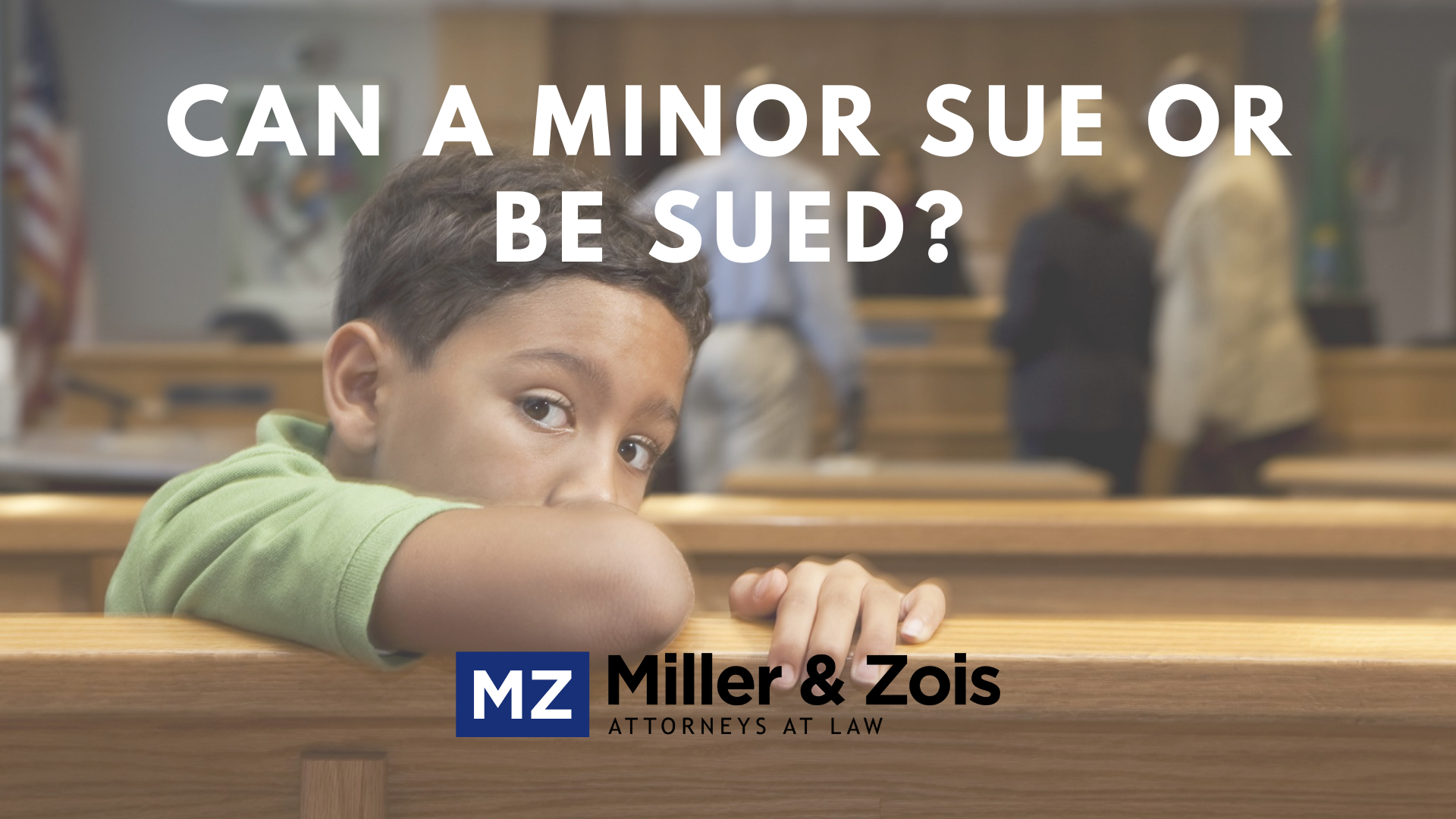 Can Parents Be Liable for Intentional Acts of Minor Children?

Parents are generally not liable for the negligent or intentional acts of their children.

The last situation we will look at is whether parents can be held liable when then minor children commit intentional acts. So from our example above, let’s say that instead of running the old lady over by accident, Chase gets off his skateboard and physically assaults the old lady. Homeowner’s insurance doesn’t cover intentional acts like this, so suing Chase for a battery would be pointless. If the little old lady wants to get compensation here she will need to go after Chase’s parents.

Parents are generally not vicariously liable for the random intentional actions of their children. Unless the parents were somehow directly involved in Chase’s assault on the old lady (i.e., the mom told Chase to assault her), it will probably be impossible to bring a successful tort claim against them.

The little old lady can potentially get a judgment for criminal restitution against the parents. If Chase is criminally prosecuted (as a juvenile) for the assault on the old lady, Maryland law allows a judgment of restitution to be entered against Chase AND his parents for direct expenses resulting from the assault. See Md. Code Ann., Crim. Proc. § 11-604. The maximum amount of a restitution judgment entered under this statute is $10,000 per incident.

How Does a Lawsuit Against a Minor Work?

How Does a Minor File a Lawsuit in Maryland?

The reverse problem is when a minor wants to bring a claim. A minor lacks the capacity to sue or be sued. So what happens? Someone connected with the minor can sue on behalf of the minor as the minor’s “next friend.”

Back when I was a defense lawyer, I had a case where the plaintiff’s lawyer did not have anyone who could be next friend for the child.  So the lawyer, still well-known personal injury lawyer in Baltimore, filed a motion to allow him to be the child’s next friend. I fought the motion because… well that is what defense lawyers do.  The judge, Judge David B. Mitchell, who I always really liked (and he had the best courtroom in Baltimore City), heard my way too long-winded argument, muttered something about the foolishness of representing yourself, and granted the motion.

If you have a personal injury claim, the Maryland personal injury lawyers at Miller & Zois can help evaluate your claim and get maximum compensation. Call us at 800-553-8082 or contact us online.