You have come to this page because you want information on lead paint personal injury cases in Baltimore. This page talks about

What Lead Paint Does

Lead is a soft, malleable metal found naturally in small amounts in the Earth's crust. It has long been known that lead in sufficient amounts can be harmful to all people but specifically children.

Lead poisoning in children can cause permanent brain injuries, IQ loss, learning disabilities, and behavioral problems. In severe cases, exposure to lead can cause death.

The History of Lead Paint in Baltimore 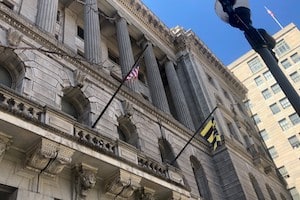 We have know full well of the risks of lead based paint for over 100 years now. Many European countries banned lead-based paints for the inside of homes by 1909. As early as the 1920s in this country, paint manufacturers were looking at the safety of lead- based paint. But the world moved slowly in spite of the amassing evidence that lead pain causes brain injuries. In 1981, Baltimore City passed an ordinance banning the use of lead paint in the interiors of Baltimore buildings.

The key is to abate the premises by sanding the painted surfaces on the property and repainting or, at a minimum, covering them with non lead-based paint so that lead will not escape as dust or flakes unless the surfaces are damaged. But the easier path for Baltimore landlords is to do nothing, leaving children exposed to lead-based paint which can lead to permanent life altering injuries.

Regrettably, this is exactly what many of these Baltimore landlords did. Why? Well, there is lots of reasons. But you better believe reason #1 is that the most profitable way to be a slum landlord is to put no money back into your rental properties. This is exactly what happened. The result was a lot of insurance companies paying a fortune in Baltimore lead paint settlements ad verdicts.

If your child has been exposed to lead-based paint from a rental property or if you are a lawyer with a client who has suffered a lead paint injury and are looking for lead counsel (in Maryland or elsewhere), call our Baltimore lead paint lawyers at 410-779-4600 or 800-553-8082 or click here for a free Internet consultation.

More Information for Lead Paint Victims
Baltimore Lead Paint FAQ
Practice Areas
Client Reviews
★★★★★
They quite literally worked as hard as if not harder than the doctors to save our lives. Terry Waldron
★★★★★
Ron helped me find a clear path that ended with my foot healing and a settlement that was much more than I hope for. Aaron Johnson
★★★★★
Hopefully I won't need it again but if I do, I have definitely found my lawyer for life and I would definitely recommend this office to anyone! Bridget Stevens
★★★★★
The last case I referred to them settled for $1.2 million. John Selinger
★★★★★
I am so grateful that I was lucky to pick Miller & Zois. Maggie Lauer
★★★★★
The entire team from the intake Samantha to the lawyer himself (Ron Miller) has been really approachable. Suzette Allen
★★★★★
The case settled and I got a lot more money than I expected. Ron even fought to reduce how much I owed in medical bills so I could get an even larger settlement. Nchedo Idahosa
View More
Submit a Law Firm Client Review
Our Firm ›
Attorneys ›
Medical Malpractice ›
Personal Injury Practice ›
Communities Served ›
Injury Victim Help Center ›
Plaintiff Attorney Center ›
Insurance Company Insight ›