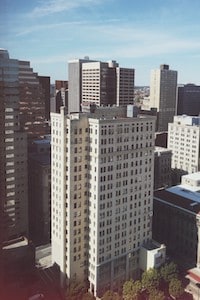 But actually the opposite is true: there are so many good candidates in Baltimore City, probably because there are so many lawyers here, that the quality of the judges is among the best in the state.  Most of these judges are very experienced jurists who have been handling personal injury jury trials in accident and medical malpractice cases in Baltimore City for many years, either as a judge or a lawyer.

Baltimore City Circuit Court has 33 judges, including one current vacancy:

Our law firm has won tens of millions of dollars for our clients in Baltimore City and throughout Maryland by fighting every single case like it was our only case. We can help you. Call 800-553-8082 or get an online consultation.

Active: Inactive: What to Expect in District Court

Our law firm no longer handles District Court cases because our firm focuses on more significant injury and death cases that are beyond the District Court's $30,000 jurisdictional limit. But we still talk to other lawyers, and it sounds like 2021 is no different from 2011. In those days, we would ask for a jury trial before we would file a case in Baltimore City District Court (or find a way to weasel ourselves into District Court in one of the counties).

This concern about the trial value of a Baltimore City District Court case is even more pronounced in cases where the medical treatment was rendered by medical providers who regularly treat personal injury victims and -- let's face it -- work with plaintiffs' lawyers. Clearly, there are some cases

*Full disclosures: we still need to go back and update this list District Court judges.  This is current, we believe, as of 2019.

Get More Information on Personal Injury Cases in BaltimoreLearn More About the Baltimore Bench
Practice Areas
Client Reviews
★★★★★
They quite literally worked as hard as if not harder than the doctors to save our lives. Terry Waldron
★★★★★
Ron helped me find a clear path that ended with my foot healing and a settlement that was much more than I hope for. Aaron Johnson
★★★★★
Hopefully I won't need it again but if I do, I have definitely found my lawyer for life and I would definitely recommend this office to anyone! Bridget Stevens
★★★★★
The last case I referred to them settled for $1.2 million. John Selinger
★★★★★
I am so grateful that I was lucky to pick Miller & Zois. Maggie Lauer
★★★★★
The entire team from the intake Samantha to the lawyer himself (Ron Miller) has been really approachable. Suzette Allen
★★★★★
The case settled and I got a lot more money than I expected. Ron even fought to reduce how much I owed in medical bills so I could get an even larger settlement. Nchedo Idahosa
View More
Submit a Law Firm Client Review
Our Firm ›
Attorneys ›
Medical Malpractice ›
Personal Injury Practice ›
Communities Served ›
Injury Victim Help Center ›
Plaintiff Attorney Center ›
Insurance Company Insight ›