What should Baltimore police do in a when pursuing a suspect?

This is the Baltimore City rule -- rarely followed - on the proper protocol for chasing a suspect. 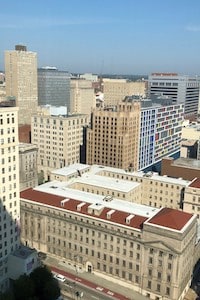 Members of this Department shall operate departmental vehicles with utmost care and caution, comply with all traffic laws and SHALL NOT BECOME ENGAGED IN HIGH–SPEED PURSUIT DRIVING, except under EXIGENT circumstances. Exigent circumstances consist of:

The Department recognizes it is better to allow a criminal to temporarily escape apprehension than to jeopardize the safety of citizens and its officers in a high speed pursuit.

The City of Baltimore is a highly congested urban area which necessitates driving a motor vehicles in a safe manner. In order for a departmental vehicle to be considered operating in an EMERGENCY MODE, BOTH ROOF MOUNTED EMERGENCY LIGHTS AND ELECTRIC SIREN MUST BE ACTIVATED. . . . RESPONSIBILITIES

When assigned as Primary and Secondary Units for dispatched calls and responding in an emergency mode:

Commanding officers and supervisors shall communicate the contents of this directive to their subordinates and ensure compliance. This directive is effective on the date of publication.

Maryland Police Chases Law
Can You Sue the Police for an Accident Caused by a Police Chase?

Under § 19-103 of the Maryland Transportation Article and § 5-639 of the Maryland Courts and Judicial Proceeding Article, police officers engaged in a police chase or any emergency situation are liable only if they are grossly negligent.

How Does Maryland Define Gross Negligence?

Another way of describing gross negligence is when someone acts wantonly and willfully only when he inflicts injury intentionally or is so indifferent to the rights of others that he acts as if such rights did not exist.

Is It an Emergency If the Police Do Not Activate a Siren?

Under Maryland law, activation of the emergency vehicle's lights and sirens is not required as a matter of law for "emergency status." So if, for example, a police officer pursues a suspected intoxicated driver road with traffic withouta siren, the police officer is still acting in a emergency capacity (even if she is in violation of police procedures in doing so).

Police Chase Law
Practice Areas
Client Reviews
★★★★★
They quite literally worked as hard as if not harder than the doctors to save our lives. Terry Waldron
★★★★★
Ron helped me find a clear path that ended with my foot healing and a settlement that was much more than I hope for. Aaron Johnson
★★★★★
Hopefully I won't need it again but if I do, I have definitely found my lawyer for life and I would definitely recommend this office to anyone! Bridget Stevens
★★★★★
The last case I referred to them settled for $1.2 million. John Selinger
★★★★★
I am so grateful that I was lucky to pick Miller & Zois. Maggie Lauer
★★★★★
The entire team from the intake Samantha to the lawyer himself (Ron Miller) has been really approachable. Suzette Allen
★★★★★
The case settled and I got a lot more money than I expected. Ron even fought to reduce how much I owed in medical bills so I could get an even larger settlement. Nchedo Idahosa
View More
Submit a Law Firm Client Review
Our Firm ›
Attorneys ›
Medical Malpractice ›
Personal Injury Practice ›
Communities Served ›
Injury Victim Help Center ›
Plaintiff Attorney Center ›
Insurance Company Insight ›