Assumption of the Risk in Maryland 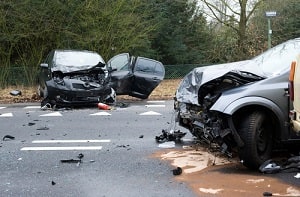 The idea of assumption of the risk is not only a legal term but it has also made its way into popular culture. If you are dating a person who has twice been convicted of theft and he/she robs you after you break up, your friends might say that you "assumed the risk" by dating a thief.

The idea is a simple one: you lose the right to complain about the harm done if you wrongfully or foolishly and unnecessarily expose yourself to that risk.

Under Maryland law, this common sense notion is embedded in our tort laws. The assumption of the risk doctrine has been defined repeatedly through case law as the knowing and voluntarily assumption of a risk.

So if you have assumed the risk for your injuries by knowingly and voluntarily assuming the risk inherent in a particular action or inaction that causes an accident, you cannot sue the other person for negligence.

For example, if you get on your friend's motorcycle for a race and the motorcycle crashes at 120 miles per hour and you suffer personal injuries, you will be deemed to have assumed the risk of your injuries under Maryland law.

What Are the Elements of the Assumption of the Risk Defense?

To establish that the plaintiff's claims are barred by assumption of risk, the defendant has the burden of proof of showing the plaintiff

Which Element of the Assumption of the Risk Is the Most Difficult for Defendants to Prove?

The most difficult element of the assumption of the risk doctrine for defense lawyers to prove is that the defendant appreciated the risk. This requires the defendant to prove the plaintiff's subjective state of mind.

The one context you see the assumption of risk doctrine used as a defense in Maryland in car accident lawsuits is when a passenger gets in the car with a drunk driver.

Slip and Fall Assumption of the Risk Defense

The assumption of the risk defense is most utilized by defense lawyers in slip and fall cases where, regrettably, the doctrine of assumption of risk has some real teeth in Maryland.

In Maryland, a defendant bears the affirmative burden when asserting the defense of assumption of the risk to prove the elements of the doctrine.

In other words, the plaintiff is not required to prove she did not assume the risk; it is the defendant's job to prove it.

What Is the Difference Between Contributory Negligence and Assumption of the Risk?

The doctrine is often confused with contributory negligence. The fact that some states, like Ohio, have merged the doctrines together, makes it all the more complicated.

Said differently, assumption of risk involves the negation of the defendant's duty whereas contributory negligence is a defense to a breach of such duty. Sometimes, assumption of the risk and contributory negligence overlap but, usually, one exists without the other. Still, the reasonableness of the plaintiff's conduct is the ultimate issue for both.

The most illustrative Maryland case on assumption of the risk is Schroyer v McNeal, 323 Md. 275, 592 A.2d 1119 (1990). Schroyer involved a plaintiff who suffered a broken ankle after falling in an icy parking lot at a hotel.

When Plaintiff checked into the hotel, sleet, and snow were on the parking lot. The front area had been cleared the but parking lot very obviously had not. Plaintiff asked for a room closest to an exit because she needed to make a few trips to her car. After she checked in, she moved her car near the side entrance. She made her first trip back to her room but on a second trip, she fell.

The court found that the plaintiff made her own choice to take the risk and while she was "aware of the danger posed by an ice and snow covered parking lot and sidewalk, she voluntarily chose to park and traverse it....”

Our lawyers enter into co-counsel relationships with lawyers dealing with the defense of assumption of the risk in serious personal injury cases.

Our firm frequently enters into co-counsel fee sharing relationship with other lawyers - consistent with Maryland Rule 1.5(e). If you are a lawyer who has a case in Maryland, call 800-553-8082 or get our opinion on your case online.