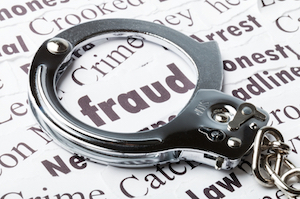 Our law firm represents whistleblowers who report harmful and illegal activity that they witness at their place of work. Whistleblowers bring unethical actions to light that would otherwise go unnoticed. This article focuses on allegations of fraud, but we are interested in hearing from all sorts of whistleblowers, particularly in the health care industry.

If you want to sound the alarm on unethical activities, legal representation can offer you protection and can even help you get compensation for yourself and others. To discuss your False Claims Act case with our experienced lawyers at no charge, call us at (800) 553-8082 or go online.

What is the False Claims Act?

Few people know that there are federal and Maryland state laws known as “False Claims Acts” with “qui tam” provisions that allow private individuals to make their own claim for money damages when they report fraud that was committed against the federal or state government.

The False Claims Act (FCA) is among the principal ways in which the government finds out and punishes those who have committed fraud against the state. It is a “qui tam” law, which means that people who are not a part of the government bring legal actions on behalf of the government. These people are called “relators” or “whistleblowers.” As a financial incentive, the plaintiff-relator in turn receives 15-30% of the damages that are recovered in the lawsuit and is also compensated for their legal fees and other expenses.

The people who committed the fraud have to pay the government a fine plus up to three times the value that they took. For reference, the US Department of Justice recovered over $3 billion from False Claims Act cases in 2019 alone.

Who can File Under the False Claims Act?

Any citizen can bring a qui tam action under the False Claims Act. They must, however, be the original source of information. Hearsay is not enough to file a qui tam claim. Typically, fraud is uncovered by employees while on-the-job.

When you accuse someone of fraud under the False Claims Act, you are initiating a civil action, not a criminal one. Only government prosecutors can bring a criminal action.

Does the Law Protect Whistleblowers from Retaliation?

Qui tam whistleblowers are protected from retaliation by their employers under both state and United States federal law. Additionally, there are previsions that keep information under wraps for 60 days or more while a government investigation is made.

According to 31 U.S. Code § 3729. False claims, any person who commits fraud against the government is subject to a fine of $5,500-$11,000 for each false claim, plus three times the amount of damages that said person caused to the United States government. Since there is a separate fee for each fraudulent bill, this amount can quickly add up.

False claims are defined as knowingly presenting a false or fraudulent claim for approval. It is likewise illegal to fail to deliver all the money in your possession or control that was to be used by the government. Buying public property from someone who is not authorized to sell it is also not allowed. The law also states that it is illegal to make a false record, statement, or receipt about government money, or to conspire to do any of these things.

The federal False Claims Act is over 150 years old. It was passed during the Civil War by President Lincoln due to unprecedented fraud against the Union army from private contractors. In 1986, Congress decided to amend the False Claims Act to include a qui tam provision in order to incentivize private citizens to report fraud.

Over time, the government increased the fine for each false claim from $2,000 to up to $11,000. The requirement that offenders must pay back double the damages was increased to triple the damages (treble damages).

In 2009, the False Claims Act was amended again, this time expanding liability. Originally, the law was largely limited to military and federal employees. This has been a game-changer for health care fraud.

The False Claims Act is the oldest whistleblowing statute. Today, there are also state versions of the False Claims Act as well as opportunities entirely separate from the FCA to report to the Securities Exchange Commission (SEC) and the IRS.

Who Are Typical Defendants in Whistleblower Cases?

Historically, those accused of fraud have been military and federal employees, government officials, and government contractors. Some examples include fraud pertaining to federal student loans, the U.S. Postal Service, federal insurance, defense contractors, U.S. customs, and government construction. In 2009, the law was amended, and anybody who tries to unjustly obtain funds from the government is now liable under the False Claims Act. These days, the health care industry is one of the largest sectors that goes to court for fraud. 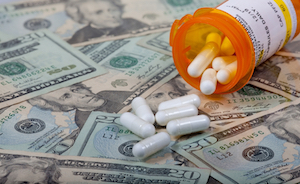 In Maryland, an emphasis has been placed on health care fraud. Nursing homes are a common target of qui tam actions due to Medicare and Medicaid fraud. Pharmaceutical companies are another common defendant in FCA suits. Health care fraud amounts to tens of billions of dollars a year.

How do health care providers fraud the government? Some common ways include writing bills for services that were not provided, falsifying records and reports, using unnecessary drugs and medical devices, and bribery. This is somewhat easy to get away with due to the complexity of medical jargon—the untrained eye is completely unaware that anything unusual has been recorded.

Below are examples of qui tam verdicts and settlements from False Claims Act lawsuits. Many of the defendants in these cases are pharmaceutical companies, while others are physicians and nursing home employees. The value of your qui tam case will not reflect the value of these example cases. Instead, these examples are meant to show you a bit about how these cases work and what they are worth.

If you have a qui tam case or another whistleblower claim, you are seeking legal advice from an experienced, hardworking attorney. To discuss your potential Maryland FCA case, reach out to our whistleblower lawyers for a free, confidential consultation online or call us at (800) 553-8082. We primarily handle cases in the state of Maryland and the District of Columbia, though we handle strong cases from other states as well.

COVID-19 Whistleblower Cases Nurshing Home Whistleblower Cases Nursing Home Whistleblower
Practice Areas
Client Reviews
★★★★★
They quite literally worked as hard as if not harder than the doctors to save our lives. Terry Waldron
★★★★★
Ron helped me find a clear path that ended with my foot healing and a settlement that was much more than I hope for. Aaron Johnson
★★★★★
Hopefully I won't need it again but if I do, I have definitely found my lawyer for life and I would definitely recommend this office to anyone! Bridget Stevens
★★★★★
The last case I referred to them settled for $1.2 million. John Selinger
★★★★★
I am so grateful that I was lucky to pick Miller & Zois. Maggie Lauer
★★★★★
The entire team from the intake Samantha to the lawyer himself (Ron Miller) has been really approachable. Suzette Allen
★★★★★
The case settled and I got a lot more money than I expected. Ron even fought to reduce how much I owed in medical bills so I could get an even larger settlement. Nchedo Idahosa
View More
Submit a Law Firm Client Review
Our Firm ›
Attorneys ›
Medical Malpractice ›
Personal Injury Practice ›
Communities Served ›
Injury Victim Help Center ›
Plaintiff Attorney Center ›
Insurance Company Insight ›