Where in Maryland Should I File My Lawsuit?

If you have a serious Maryland personal injury claim or wrongful death, you should file your lawsuit in state court in Baltimore or Prince George's County. Period.

That is the short answer to the question.  Every plaintiff would prefer to be in one of these jurisdictions in a personal injury claim. The long answer is complicated.

Let's start off with the easy one.  We are going to file 98% of our lawsuits in state court as opposed to federal court.  It is rare that we want to -- or even can -- file a vehicle accident or medical malpractice claim is a Maryland federal court (product liability claims are a whole different matter).

Why isn't every case filed in one of these jurisdictions?  Maryland has rules that govern where you can file a lawsuit.  They are complex, and we explore them elsewhere.  But, speaking broadly, you need some connection to the county or city in which you wish to file.  So if you have a car accident in Howard County between two Howard County residents, you are going have trouble absent some compelling other facts to get the case into Baltimore City.

Which are the best Maryland counties other than these two?  Elsewhere, we analyze every single jurisdiction in Maryland.

How Much Should You Sue for in Circuit Court?

The amount you sue for now is very easy in Maryland injury cases: you do not need to ask for an amount.  You are suing for whatever the jury gives you.  This has been the law in Maryland under new Maryland Rule 2-305 since 2012. Plaintiffs’ lawyers are no longer to ask for an amount of money other than to say that it exceeds $75,000. Instead, the complaint should include the general statement that the amount the plaintiff seeks is more than $75,000.

Over 99% of the cases we file are in Circuit Court. Our firm handles only serious injury and wrongful death claims.  But if you have a smaller personal injury claim, you might want to file in state district court where you are capped at $30,000. While we have not done many of these smaller cases in recent years, our lawyers tried hundreds of these claims earlier in our careers and can speak well to these issues.

Why would you ever file a lawsuit in a court or for an amount that artificially caps your damages? There are three primary advantages to filing in district court.

First, the plaintiff typically will receive a trial date in most state district courts in three to six months as opposed to the ten to eighteen months it usually takes in Maryland's circuit courts. For some clients who want compensation for their injuries as soon as possible, an earlier trial date is important. Also, the cost of filing a personal injury lawsuit is also only $38, as opposed to between $135 and $155 in circuit court (depending on the county in Circuit Court)

Second, in district court in a personal injury case (see James v. Butler), medical records can be admitted at trial without the need for the testimony of a medical doctor at trial under Maryland Courts and Judicial Proceedings Code Section 10-104. (This is also the case in circuit court if the case has been filed for $30,000.00 or less.)

In the circuit court, where more than $30,000.00 is at issue, to introduce medical bills or records, the testimony of a medical doctor is required to testify that the medical bills and treatment were “fair, reasonable, medically necessary and causally related to plaintiff's injuries.”

This can, at times, be the primary determining factor in where to file, because most doctors charge thousands of dollars to come to court and testify about patients' injuries. Sometimes the doctor’s fee to testify is greater than the amount the case itself is worth!

Another variable to consider is who is going to decide the case. District Court trials are heard by judges, not juries. We almost invariably would rather have a case decided by a jury than a judge. But there are some plaintiffs cases in some jurisdictions where you are better off with a judge than you are a jury.

Finally, the discovery allowed in district court is far more restrictive which makes the case less burdensome for the plaintiff in a smaller case. There is no mechanism available in district court for depositions (sworn, oral testimony is taken through questioning by the other side's attorney) and defense medical exams (an examination by a physician chosen by the other side's attorney for purposes of disputing the personal injuries claimed by the plaintiff). Instead, the parties are limited primarily to propounding fifteen interrogatories (questions) to the other party about the details of the case they intend to present at trial.

There are two salient downsides to district court in Maryland. The first is obvious. Because the maximum a plaintiff can receive in district court is $30,000, it is a viable option to a lawyer whose client has suffered a relatively minor injury. In a serious car accident, medical malpractice or wrongful death case, this is not a real option for a Plaintiff seeking a fair recovery. District court trials are also decided by a judge, which deprives a plaintiff the opportunity to receive compensation from a jury of his/her peers. 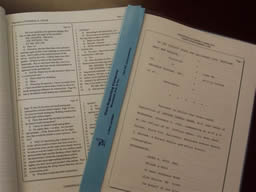 Because a circuit court case is more costly for plaintiffs and because in some jurisdictions defense lawyers believe that a jury may give them a better outcome than a district court judge, defendants will seek to remove some of these personal injury cases from district court to circuit court. Defendants can only do this in cases where the amount sought by the plaintiff exceeds $15,000.

Accordingly, in particularly small personal injury cases – usually small car accidents – most Maryland personal injury lawyers will often file for only $15,000, so the defendant cannot remove the case to circuit court. The rules governing how and when this can be doneis addressed in the Davis case.

In Davis, the plaintiff was injured in a car accident when, while stopped at a red light just beyond the off-ramp from I-695 on Moravia Road in Baltimore County, Maryland, he was rear-ended by the defendant. His lawyer brought a lawsuit claiming damages for his client’s personal injuries in a Maryland district court. The attorney for the defendant driver who caused the car accident sought to remove the case under Md. Code Ann., Cts.&Jud. Proc. § 4-402(e)(1), and the case was transferred to the Circuit Court of Maryland for Baltimore County. After discovery, Plaintiff filed an amended complaint reducing his ad damnum (amount of damages sought) to $10,000. Plaintiff then sought to strike the jury demand made by the defendant. Baltimore County Circuit Court Judge Ruth A. Jakubowski denied Plaintiff’s motion.

On appeal to the Court of Appeals of Maryland, after a verdict of a measly $727.03, Plaintiff argued that that the trial court erred. The argument was that the court made a mistake when it held that the driver was entitled to a jury trial when the amount sought by the Plaintiff no longer greater than $10,000 (since that number has been increased to $15,000). 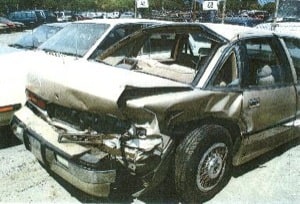 In Circuit Court, you want to find the best possible jurisdiction if you cannot get your case in P.G. County or Baltimore City.


In smaller cases, Davis settles the question of whether you can alter the ad damnum amount to terminate defendant’s right to a jury trial. Under this holding, any party in circuit court can plead a jury trial, regardless of the amount in controversy.

In light of this holding, if a plaintiff is going to file in circuit court but still seek to introduce medical records under 10-104 (without the testimony of a doctor), he/she may as well file for $25,000 because all parties in circuit court have a right to a jury trial.

This case underscores the strategic decisions a tort lawyer and her/his client must make in determining in which court the plaintiff should file. Practically speaking, most defense lawyers in the garden-variety soft tissue personal injury car accident case do not request a jury trial.

Many personal injury defendants only have insurance policy limits/coverage for $30,000.00 and would be personally exposed to a payment of the portion of the jury’s award that exceeds their insurance policy limit. This risk is usually the number one reason why a case remains in district court when it could otherwise be moved to the circuit court.

(From a defense perspective, the reasons to move the case would be to conduct more extensive discovery and the view that a jury would produce a more favorable result for the defendant for some reason).