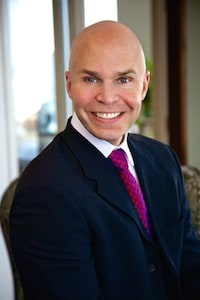 Ron's practice initially focused on the representation of pharmaceutical companies, handling cases around the country for companies such as Bayer and GlaxoSmithKline.

Preferring to represent individual victims as opposed to big companies, Ron now puts to use the experience he gained in representing big companies to work exclusively for serious injury victims in motor vehicle accident, products liability, birth injury and other medical malpractice cases.

His client list has included Michael Strahan of the New York Giants (and now Live with Kelly and Michael), David Meggett of the New England Patriots, and victims of the Columbine massacre in Denver, Colorado. Ron is also a Professor at the University of Baltimore School of Law, instructing in Insurance Law and Sports Law for the last 21 years.

His practice now focuses on representing personal injury clients in Maryland that have been injured as the result of an auto, motorcycle or truck accident, defective product, or by medical malpractice, obtaining millions of dollars for his clients in settlements and trial verdicts.

Ron has accomplished the "triple crown" of lawyer ratings: 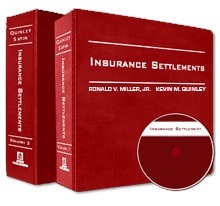 Ron is also a member of the Million Dollar Advocates Forum, a prestigious group of trial lawyers in the United States with membership limited to attorneys who have won million and multi-million dollar verdicts, awards, and settlements. He was chosen as one of the forty elite lawyers in Maryland by SmartCEO, who made the selection after contacting thousands of Maryland attorneys and asked them to assess whom they believe to be the top attorneys in Maryland.

Ron has also co-authored with a well respected retired Baltimore City judge a three-part article for the Maryland Daily Record and an article in Trial Magazine on mediation and other types of alternative dispute resolution.

If you have a new personal injury case you would like Ron to review, you can contact him here. To contact Ron, his personal email is ronmiller@millerandzois.com. You can also call him at 800-553-8082.