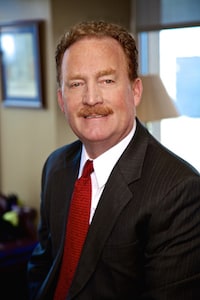 Additionally, Mr. Gaston has extensive knowledge of Maryland’s automobile insurance tort laws and often teaches other personal injury lawyers the trial tactics required to obtain favorable results for their severely injured clients. In 2014, Mr. Gaston received the Trial Lawyer of the Year award from the Maryland Association of Justice for his efforts leading to the Maryland Court of Appeal’s decision in Brethren v. Buckley. In Brethren, the highest court in Maryland found that an automobile insurance carrier wrongfully denied Mr. Gaston’s client monetary benefits due under the insurance contract.

Mr. Gaston has been selected a SuperLawyer’for the last eight years. Only 5% of all Maryland lawyers receive this honor. Mr. Gaston has also volunteered his time to act as a ‘judge’ in various Mock Trial Competitions throughout the State of Maryland.

If you have a new personal injury case you would like Mr. Gaston to review, you can contact him here. You can also call him at 800-553-8082.