Is There a Medicare Lien in Wrongful Death Cases? 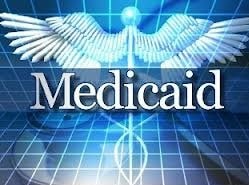 Maryland wrongful death claims are brought for the pain, suffering and loss of economic support that a wrongful death beneficiary suffers from the loss of their loved one. They are claims for the victims' loss and Medicare has no claim on those proceeds.

In states outside of Maryland, the rules can be different. The key is whether the wrongful death claim can recover medical bills. Medicare's ability to enforce its right of reimbursement against a wrongful death settlement or verdict is going to depend on whether the state's law allows for the recovery of medical expenses in wrongful death actions.

Is There a Medicare Lien on a Survival Action Claim?

There is a Medicare lien on a survival action claim in Maryland.  So there is a potential lien if the estate of a Medicare beneficiary receives money in a settlement or verdict for medical bills that were paid by Medicare. In Maryland, this claim is part of a survival action. Reasonable amount for attorney fees are subtracted from the amount of the lien. Medicare is stone serious about this. Under the "received payment" provision in the law, Medicare can compel anyone in the chain - doctors, lawyers, insurance companies - to pay back the lien. The law gives Medicare "super lien" so that it is first in line for reimbursement.

This is pretty heavy handed, right? It gets worse. Failing to reimburse Medicare for a lien can result in double damages on the lien amount plus interest.

Medicare makes life worse because it is bureaucracy to the zenith and it creates absurd rules. Usually, they will not tell you the lien amount until after a settlement or verdict.

How Should Wrongful Death Attorneys Play These Liens?

Technically, even if the result is the same for the parties, the personal representative of the estate is required to represent the estate by maximizing the value of the estate's claim. This puts the PR in an awful conflict if the PR is a wrongful death beneficiary because by fighting for the estate's claim, they are fighting against their own claim if there is a lien on the survival action. So if a personal representative agrees to arbitrarily settle the survival action without any recovery, the PR has arguably violated his fiduciary duty to the estate and skirted its obligation to Medicare.

What is the answer then? There are no clear cut answers. The best play is to get everyone on board by getting all parties of interest - including Medicare - to agree on how the proceeds are divided. I believe that there must be a rational basis for the division (or the stiffing of the estate claim) that can be justified. Clearly, a strong argument can be made in many Maryland wrongful death cases where there are limits on the recovery that the bulk of the claim is a wrongful death action as opposed to a survival action.

If that fails, you need to file a motion in Orphans Court (Maryland's probate court) asking the court to split up the proceeds. It is a hassle but unless the position you are taking is unassailable, it is the only choice.

Remember, this is all in the event of a settlement. If the case goes to trial, the jury splits the money how it likes. The question arises if the case settles before going to trial.

This section is for lawyers trying to better understand the factual underpinnings of the thesis that there is no Medicare lien in a wrongful death case in Maryland.   First let's back up a bit.  Under the Medicare Secondary Payer (“MSP”) statute, when another payer (the “primary plan”) is available, Medicare, as the “secondary plan,” is not responsible for paying for the medical services. 42 U.S.C. § 1395y(b)(2)(A).

Medicare does not have a lien on a wrongful death beneficiary’s recovery when medical expenses are not claimed in the Complaint. See Denekas v. Shalala, 943 F.Supp. 1073, 1080 (S.D. Iowa 1996) (holding Medicare could not recover from Plaintiffs as wrongful death beneficiaries because the Complaint did not include damages for their father’s medical expenses, and, under state law, the wrongful death actions were the property of the survivor, not the estate); see also Bradley v. Sebelius, 621 F.3d 1330, 1337 (11th Cir. 2010) (holding Medicare could not recover from the wrongful death settlement as it contained only ‘non-medical tort property claims,’ which under state law belonged to the survivors, not the estate and, by extension, not to Medicare.)

“In Maryland, Medicare does not seek recover from portion of court awards that are designated as payment for wrongful death.” See Weiss v. Azar, II, Secretary United States Department of Health and Human Services, et al., 2018 WL 6478025 at P. 7 (4th Cir. February 7, 2019). According to Medicare’s Secondary Payer Manual, “[w]hen a liability insurance payment is made pursuant to a wrongful death action, Medicare may recover from the payment only if the state statute permits recovery of these medical expenses.” MSP Manual, Ch. 7, § 50.5.4.1.1. This is critical to the interpretation of how this should play out in Maryland.  This might not be true in some other jurisdctions.  "If a wrongful death statute does not permit recovering medical damages, Medicare has no claim to the wrongful death payments.” Id.

Everyone agrees that Maryland wrongful death beneficiaries cannot claim reimbursement for a decedent’s medical expenses (unless the beneficiaries paid the expenses out of pocket, which is not an issue in this case). Maryland’s wrongful death statute “has created a new cause of action for something for which the decease person never had, and never could have had, the right to sue; that is to say, the injury from resulting from his death.” Stewart v. United Elec. Light & Power Co., 104 Md. 332, 341, 65 A. 49, 53 (1906).

In Maryland, a wrongful death action by its very nature does not include reimbursement for the decedent’s medical expenses. See Md. Cts. & Jud. Pro. Art. § 3-904(c); See also Global American, 76 Md. App. at 537 (1991) (holding “there is no duplication in the elements of damages between the two actions”… “Although originating in the same wrongful act or neglect, the two claims are quite distinct, no part of either being embraced in the other. One is for the wrong to the injured person and is confined to his personal loss and suffering before he died, while the other is for the wrong to the beneficiaries and is confined to their pecuniary loss through his death.” See also Spangler v. McQuitty, 449 Md. 33, 141 A.3d 156 (2016).

What Is the Key Case to Read If You Want to Settle the Your Claim?

The seminal case on this issue is Bradley v. Sebelius, an 11th Circuit opinion in 2010. This case involved Medicare's appeal when a Florida probate court ruled that Medicare was only entitled to recover less than $800 out of a $22,000 lien in a wrongful death nursing home case. The probate court essentially divided the proceeds after the case was settled with the nursing home. Medicare, used to playing by its own rules, argued that it was not required to follow the probate court's ruling.

Medicare's position was that the probate court did not rule on the merits of the case as to who gets what. The family paid back Medicare conditional payments anyway, probably because of the threats that come from the "super lien" provision we discussed above. The 11th Circuit ruled that Medicare's interpretation would put plaintiffs' lawyers in the quagmire of having to file suit -- and incur additional expenses -- to get a ruling on the merits. In some cases, this is the tale wagging the dog because any recovery would be reduced by the costs of getting the case to trial. This is a good decision for plaintiffs, obviously.

Getting a Lawyer (or Co-Counsel) to Navigate These Mazes

If you live in the Baltimore Washington area and you have a family member that you believe was killed by the negligence of another driver on the road, by medical malpractice, or as the result of the use of a defective product, get a free online consultation and assessment or call Ron Miller or Laura Zois at 800-553-8082.