Where Should You File a Maryland Lawsuit?

The lawyers at Miller & Zois handle all types of serious personal injury lawsuits in Maryland including: medical malpractice, birth injuries, auto accidents, product liability, pharmaceutical cases, premises liability, and other types of torts. No matter what type of tort is involved, the potential dollar value of your personal injury case in Maryland will depend on 3 primary factors:

The first 2 factors are the core components of any good personal injury or wrongful death case: a solid factual basis, a defendant, probably an insurance company, with the means to pay, and a serious, legitimate injury or death.

But any plaintiff's attorney will tell you that the venue or location where your case gets filed will ultimately determine how much your claim is potentially worth. Some jurisdictions tend to me more generous to plaintiffs in personal injury cases compared to other locations. Jurors in plaintiff friendly locations are more likely to rule in favor of an injured plaintiff and award them a lot more money than jurors in other locations. Even if your case doesn't go to trial, defense attorneys and insurance adjusters factor venue into the amount of their settlement offers.

Location has a big impact on the potential value of tort cases and this is particularly true the state of Maryland. The venue of a personal injury case is very significant in Maryland. Maryland has 24 independent counties (including Baltimore City) and each County comprises its own judicial district and has its own Circuit Court for handling civil cases. Any personal injury tort case in Maryland will ultimately be filed in the Circuit Court for one of these 24 counties.

The Best Maryland Counties for Plaintiffs 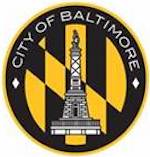 Few Marylanders will be surprised to see Baltimore City at the top of our list of the best Maryland counties for personal injury plaintiffs. Baltimore City continues to be the most favorable place in Maryland to file any type of personal injury case in Circuit Court. In fact, Baltimore City is recognized as one of the most plaintiff friendly venues in the entire country. Juries in the City are well-known for being very fair to plaintiffs and for their lack of fear of taking on negligent doctors and corporate defendants. 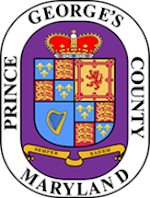 Over the last few decades Prince George's County has rapidly evolved into an excellent jurisdiction for plaintiffs in personal injury cases. Many would argue that P.G. County has actually surpassed Baltimore City as the best venue for Maryland tort plaintiffs. There is some statistical data to suggest that average verdicts are actually higher in P.G. County. In our view, the City is still #1 but P.G. is not far behind. Miller & Zois attorneys have been consistently and spectacularly successful taking cases to trial in P.G. County, totaling almost $10 million in our last 4 jury verdict cases. 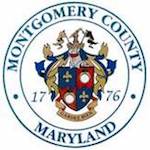 With over 1 million residents Montgomery County is the largest County in Maryland. Montgomery County's population is larger than 7 U.S. States. Located right outside Washington, DC, Montgomery County is highly urbanized with a very diverse and generally affluent and well educated jury pool. Historically, Montgomery was widely viewed as a bad tort venue with conservative, skeptical juries, so much so that is it painful to look at Montgomery County ranked third on this list. But times are changing and it is simply a better venue that any other in Maryland outside of the Big Two. Montgomery politically very liberal and becoming more and more diverse in many ways. This modernization process has made Montgomery County the "best of rest" when it comes to venues for Maryland tort cases outside P.G. and Baltimore City. 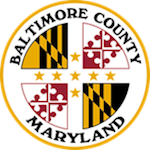 When it comes to personal injury lawsuits, you can drive a truck through the difference between Baltimore City and Baltimore County. On average juries in the County award less money than their juror counterparts in Baltimore City and P.G. County. Even though it may not be the City, we do not view Baltimore County as an inherently bad venue for tort cases. In our view, the County's reputation for being unfriendly to plaintiffs is mainly due to the fact that it is constantly being compared to the City. Our firm has had consistent success with high value tort cases in Towson. 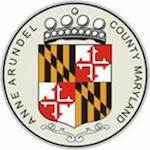 In terms of outcome percentages and average verdict amounts, Anne Arundel County is admittedly not on the same level as the big 2 (Baltimore City & P.G. County). However, Anne Arundel has quietly established itself as a good, solid jurisdiction for injured plaintiffs to get compensation. Miller & Zois was originally located in Anne Arundel County and we have brought thousands of cases there over the years. We have brought in million of dollars in settlement and verdict in Anne Arundel in the last few year along. We have continued to see a steady upward trend in the average amount of jury verdicts in tort cases. It also helps The Circuit Court for Anne Arundel County strongly pushes settlements in tort cases and hold parties feet to the fire by not postponing trial dates. The jury pool in Anne Arundel also tends to be less conservative compared to other places.

Miller & Zois is one of Maryland's leaders in personal injury litigation. We have brought tort cases in every one of Maryland's counties and we have a long track record of delivering the best possible results to our clients. If you have a possible tort claim call us at 800-553-8082 or contact us online.